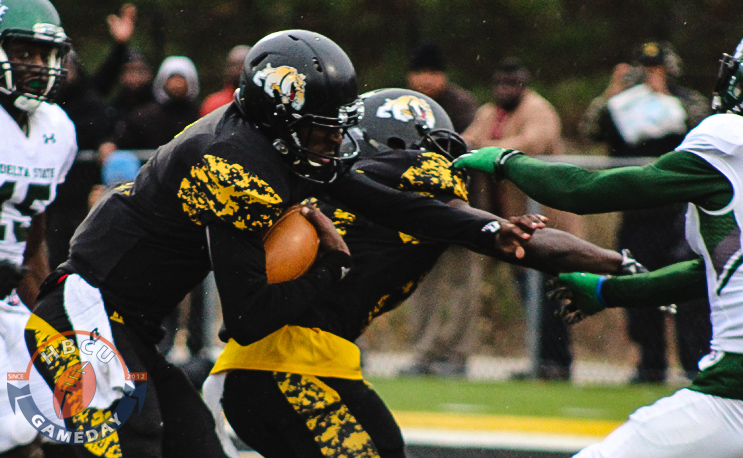 Amir Hall has a chance to do something no HBCU player has ever done as he’s a finalist for the “Division II Heisman.”

Amir Hall has been making history since his first game at Bowie State, and now he has a chance to do it on a national scale.

The finalists for the Harlon Hill Award were announced and Hall was the lone HBCU representative on the list. The award is the Division II equivalent of the Heisman Trophy and one that no player from an HBCU has ever won.

A Season To Remember

The junior from Bowie, Hall entered 2017 with big expectations, having already set the CIAA’s single-season passing yardage record his first season as a starter.

It’s safe to say he exceeded all of those expectations. He threw for 3,519 yards and 41 touchdowns in 11 games, leading Bowie State to a 9-2 record and an NCAA Division II playoff appearance. He completed 65 percent of his passes while throwing just four interceptions in 381 attempts while leading the nation’s top offense. Perhaps most impressively, he accounted for 294 points between passing and rushing touchdowns.

Those numbers weren’t good enough for him to win the CIAA Offensive Player of The Year for the second year in a row, however, they do give him a serious shot at an even bigger award.

National voting will conclude on December 9 and the winner of the 2017 award, which is presented by the National Harlon Hill Award Committee, will be announced on Friday, December 15. The winner will be honored at a luncheon on the University of North Alabama campus on January 5, 2018.