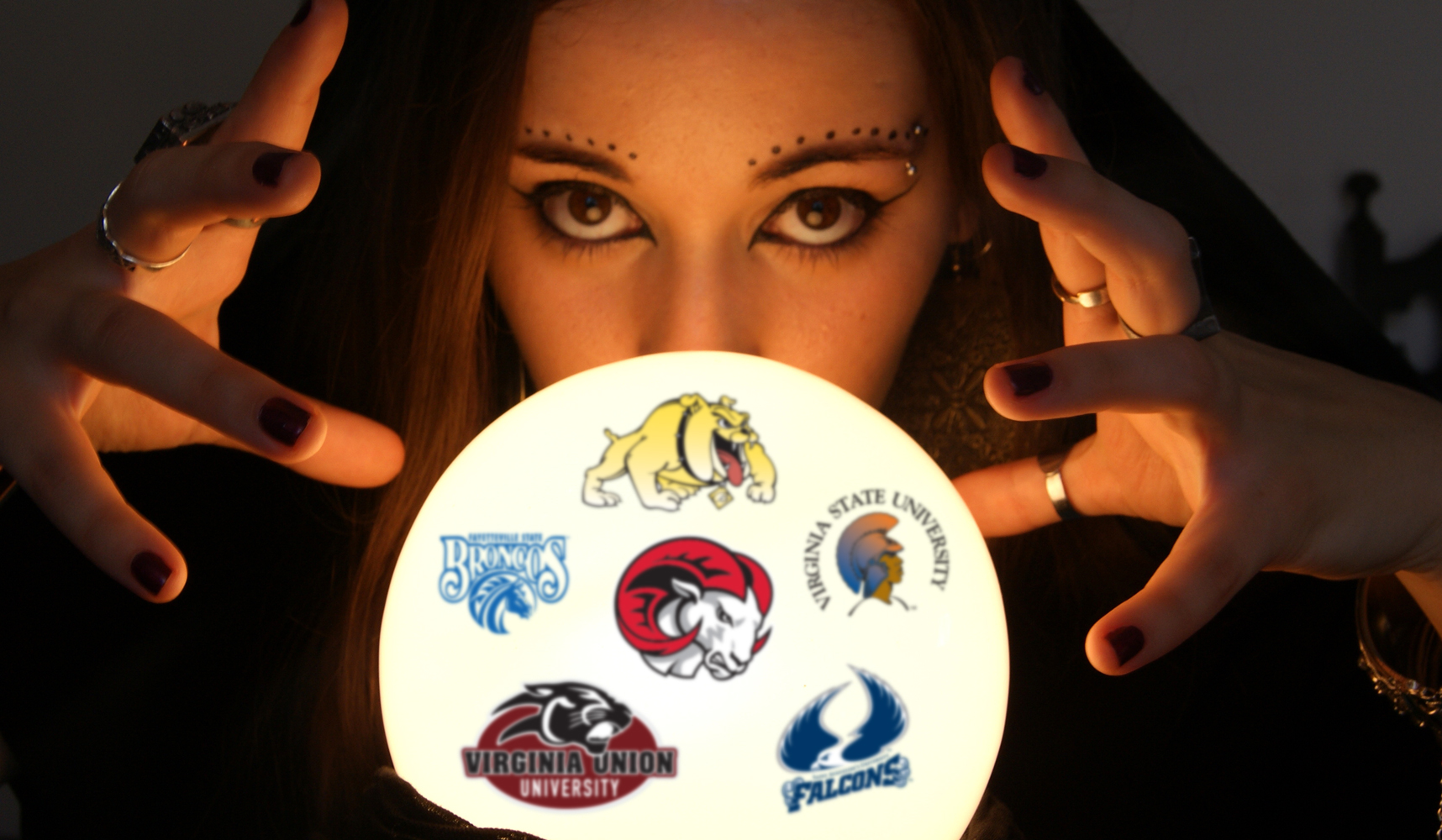 Six teams have an absolute shot at making it to this year’s CIAA Championship game with one week left in the season.  Virginia State and Fayetteville State have the easiest path, win and they are in.  Bowie State, Saint Augustine’s, Winston-Salem State and Virginia Union all need to win and hope for others to lose.

The CIAA released an official scenario breakdown on Tuesday, and according to their guidelines, the North could get interesting.

Steven Gaither and I discuss in this week’s podcast who we think will make it into the title game. The CIAA conversation picks up at the 11:00 minute mark.

If Virginia State University wins this weekend (vs. VUU), they will hold a perfect 7-0 conference record and advance to the championship with the Northern Division title secured.

If Virginia Union University wins this weekend (vs. VSU) and Bowie State University loses (vs. ECSU), Virginia Union and Virginia State will both hold conference records of 6-1. Due to the head-to-head tiebreaker scenario, VUU would advance to the CIAA Championship with Saturday’s victory over VSU.

If Bowie State wins (vs. ECSU) and Virginia Union wins (vs. VSU), a three-way-tie will be held by BSU, VUU, and VSU as all teams will be 6-1 in conference play. Each team will have a single loss to one of the three-way tie teams. The next step in determining the Northern Division Champion will be by point differential. Virginia State is +12 due to their 47-35 victory over Bowie State. Bowie State is +18 due to their 40-22 victory over Virginia Union.

If Virginia Union beats Virginia State by exactly 18 points, VUU and BSU will both hold a victory margin of +18 points. With the same conference percentage, both 6-1, head-to-head will be awarded to Bowie State due to their 40-22 victory over Virginia Union and Bowie State will advance to the CIAA Championship.

VUU Head Coach @MarkJamesVUU had @raylewis speak to the team before the Homecoming Game #VUUfootball pic.twitter.com/Kot4Ry3TUf

If Saint Augustine’s University wins this weekend (vs. Shaw) and Fayetteville State University (vs. WSSU) wins, they will both hold a 5-2 conference record. The FSU Broncos will advance to the Championship from the Southern Division due to winning the head-to-head competition versus the Falcons on Saturday, October 21.

If Saint Augustine’s wins this weekend (vs. Shaw) and Winston-Salem State University (vs. FSU) wins, they will both hold a 5-2 conference record. The SAU Falcons would advance to the CIAA title game due to winning the head-to-head competition versus the Rams on Saturday, October 14.

It felt like deja vu for @WSSURamFootball with @ShawBears close to crashing another homecoming, but late-game heroics kept the Rams in the @CIAAForLife title race. Full highlights: https://t.co/WmcEEi5J1z pic.twitter.com/clQ9d4zseK

If Saint Augustine’s falls to the Bears of Shaw University, the winner of the Fayetteville State vs. Winston-Salem State game will advance to the Championship with a 5-2 conference record. SAU and the loser (FSU vs. WSSU) will drop to a 4-3 conference record.