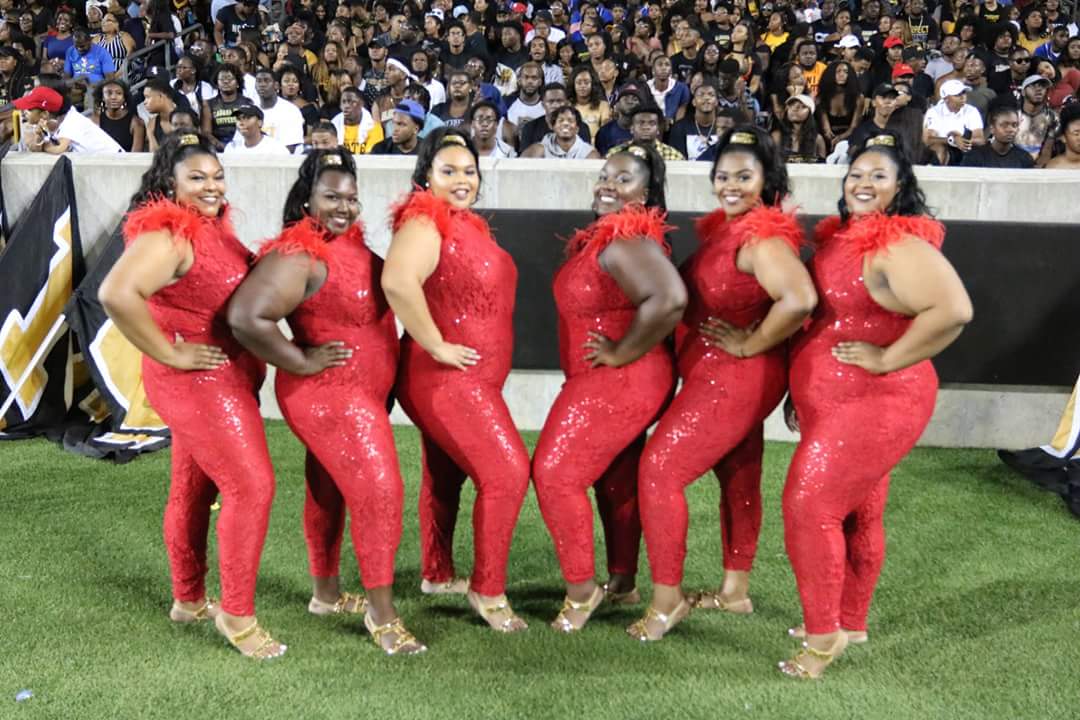 Their videos have been viewed millions of times this football season.

The HoneyBeez from Alabama State went viral last week and your friends here at HBCU Gameday would love to take some of the credit for that.  Technically we could since we shot the video in question but we were just in the right place when the Black Girl Magic unfolded right before us.  It was Tuskegee at Alabama State for Week One and the Honeybeez nailed their halftime performance in front of a sold-out crowd. We selected their performance as our #WCW video of the week and within a month we had our first ever video to reach one million views.

The road to one million

“The likes, the follows, the shares, all of it has been pouring in, it’s overwhelming, Quiana Reliford, the senior captain of the Honeybeez, said. “Yall running the battery down on my phone.”

While our video didn’t classify as “viral” since it took weeks to reach one million instead of days, or even hours, that was just the beginning.

Someone on Instagram downloaded on our video early in October and it suddenly started appearing natively on other people’s accounts.  We were hijacked.  The video was quickly reposted by The Shade Room’s IG account and then celebrities started getting in on the action.  The Honeybeez had over one million views in less than six hours from The Shade Room.

Cedric the Entertainer, KevOnStage, Mario Lopez, Kym Whitley, Kim Coles and others were suddenly commenting on and becoming fans of the Honeybeez.  The realness of being a viral sensation had become a reality.  Daquendra Elston had her moment in the middle of a Starbucks when KevOnStage dropped a play by play dialogue of their routine.

“I screamed every time I saw a celebrity.  I was playing my phone all loud, everyone was over my shoulder trying to see. Oh snap!” she recalled.

Gone big girl what you gone do?! @alabamastateuniversity HONEY BEEEEZ

Anyone would be blown away with the proverbial 15 minutes of fame, but these girls aren’t in it solely for the fame.  Their mission is to instill confidence in everyone who watches these plus size girls dance, flip and twirl around the football field.

Elston realizes everything hasn’t been positive in the comments section, it is the Internet after all, but she says words can’t break the spirit of the Honeybeez.  And then there’s the Honeybee nation. Most people who’ve dared to go down the road of weight shaming were quickly beaten back by other fans online.

“Our fans clap back, we don’t have to say anything, they are already there.”

God be the glory! We've been blessed beyond! Can't wait for u to see what's next for #teamhoneybeez #myasu. Thank you for your support!

Sisters in every sense

The journey to Alabama State was challenging for most of the six young ladies on this year’s team but together they form a bond that provides each of them with security and warmth.

“My life changed for the better and it just changed completely, I don’t know what I do without these girls. Being out of state and away from home, you need a family, you need people to call on, people to lean, there’s not a day that I can’t call one of them,” Reliford said.  “I wish there were more HoneyBee squads out there because every young woman needs a support group like this, especially during your college years.”

A third of this year’s squad are freshman and becoming a HoneyBee provided a safe space.

“Always in high school, I’ve always been put down because of my size,” freshman dancer Andrea Swain said. “Coming to join the HoneyBeez team just fills me up on the inside.”

We’ll see the HoneyBeez a few more times this season and there’s no doubt we’ll have the cameras rolling.  But I wouldn’t be surprised to turn on the television before our next trip to Montgomery and see those girls flipping across the screen.  My wife predicts they’ll make an appearance on Ellen before too long.  Hopefully, their magical ride will last a long time wherever it takes them from here.