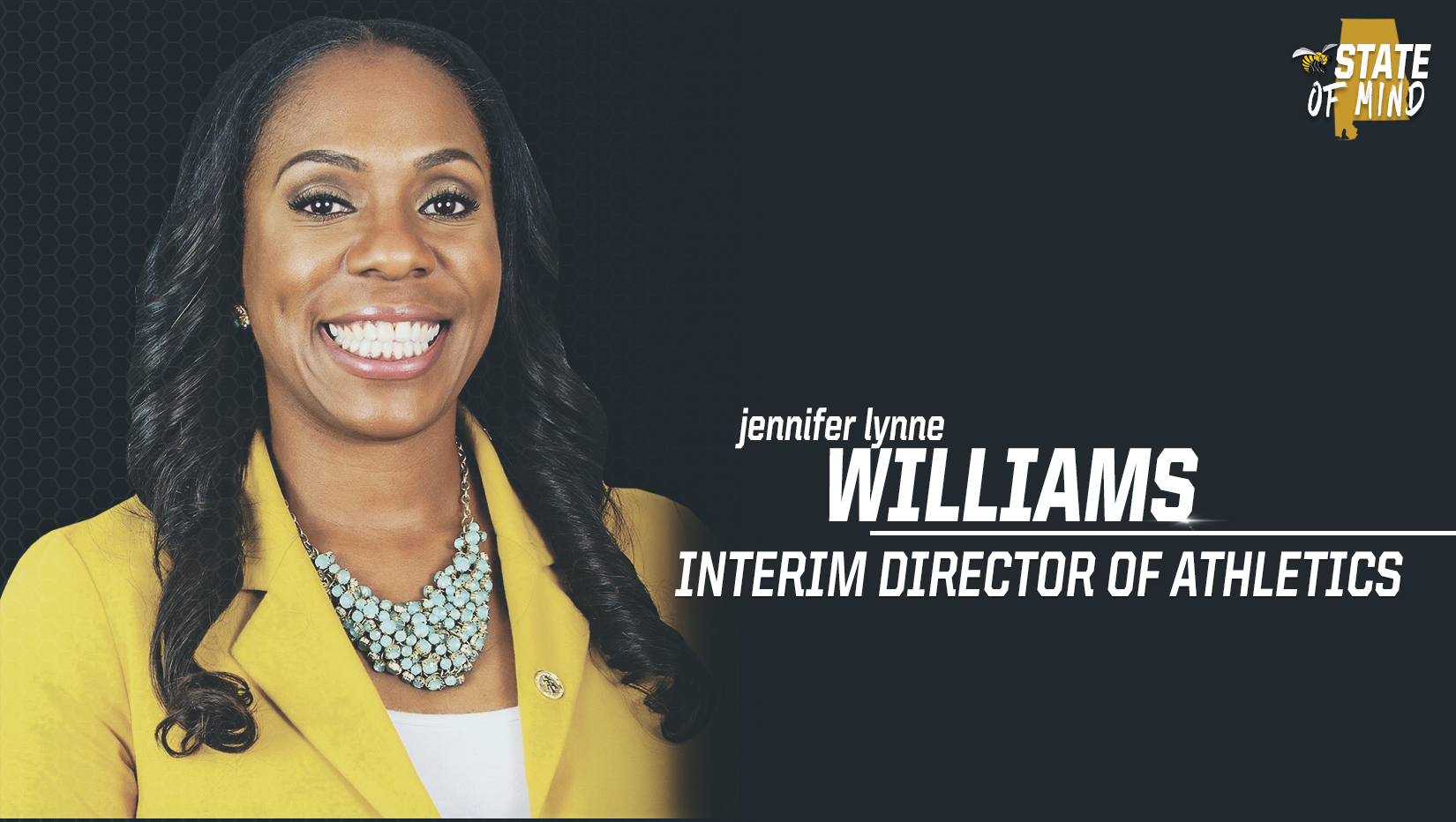 She takes over immediately for Melvin Hines.

MONTGOMERY, Ala. | Alabama State University President, Dr. Quinton T. Ross, Jr., has announced that Jennifer Lynne Williams will move into the role of Interim Director of Athletics with the resignation of Melvin Hines.

“Alabama State University is fortunate to have someone of Mrs. Williams’s caliber to take this interim position,” said Ross. “I am fully confident in her ability to lead our athletics department at this critical juncture.”

Williams, in her second year at Alabama State, has more than a decade of experience in athletics administration.  As the Deputy Director of Athletics, she managed the day-to-day operations of Hornet athletics and led the division’s external and community relations initiatives. She currently serves on the Executive Board of the National Association of Athletic Development Directors (NAADD).

“I would like to thank Dr. Ross and the Alabama State University leadership for entrusting me with leading our athletic department,” Williams said. “I am extremely grateful for this opportunity to serve as the Interim Director of Athletics and lead such a wonderful, accomplished group of student-athletes, coaches and staff that have carried on the long, storied history of Alabama State athletics.

“I have had the opportunity to work with some of the best administrators around the country, and I will draw from those experiences in leading Alabama State and keeping the Hornets on top of the Southwestern Athletic Conference.”

Williams came to Alabama State after spending four years as the Associate Athletic Director of Development and Executive Director of the Aggie Foundation at North Carolina A&T. Williams oversaw the giving initiatives for athletics and raised more than $4 million in donor revenue while doubling the number of donors for athletics.

“This is a great time in the University’s history,” Williams said. “New President, new vision, new day … we’re so excited about celebrating our sesquicentennial and the dynamic leadership that Dr. Ross will bring to ASU. We are moving 150 Forward; and I can truly say that it is a great time to be a Hornet!’”