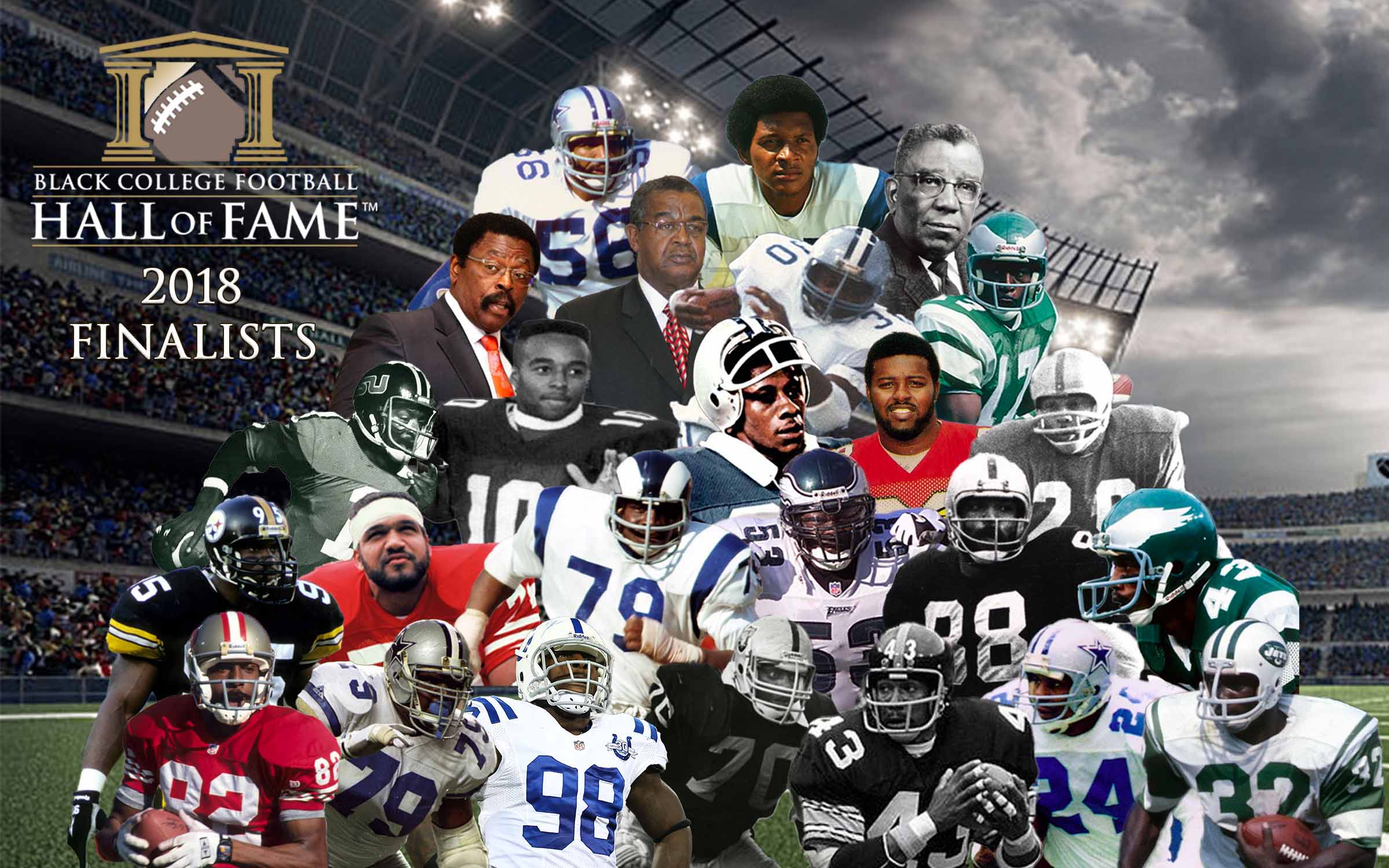 Five players and one coach will be selected for class of 2018.

“The talent that has come from Black College Football programs is incredible,” said Committee Chairman Roscoe Nance, “and that makes selecting the honorees incredibly difficult. Thanks to our Selection Committee for its dedication and commitment and for the tremendous amount of time and effort that the members put into making these decisions.”

The committee will meet again in the coming weeks to select the six members (five players and one coach) who will be inducted as the Black College Football Hall of Fame Class of 2018.

“We congratulate the Finalists for the Class of 2018,” said James “Shack” Harris, Black College Football Co-Founder and 2012 Inductee. “Each of these Finalists made a significant impact on the game of football, both in college and the professional ranks.”

This year’s inductees will be announced on October 25, 2017. They will be honored during the Black College Football Hall of Fame Induction Ceremony, on February 10, 2018 in Atlanta, Georgia. For more information, please visit www.BlackCollegeFootballHOF.org.