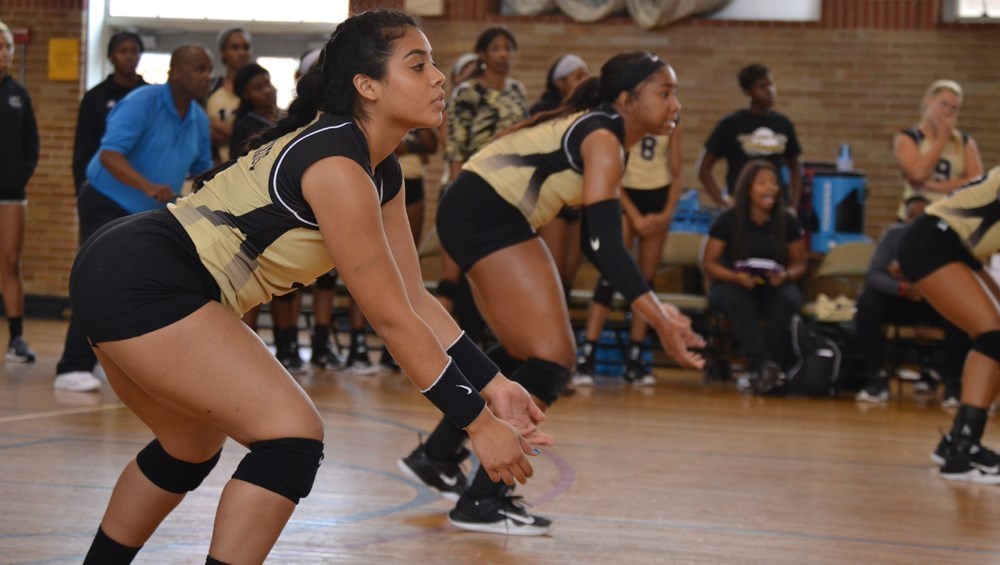 MONTGOMERY, Ala. |The ISTAP Collegiate Cup tournament wrapped up on Saturday on the campus of Alabama State with a thrilling matchup between N.C. A&T and Alabama State. The Aggies defeated Grambling State 3-1 (18-25, 25-12, 25-17, 25-19) Saturday morning at Lockhart Gymnasium to reach the final and almost jump started their season with a 3-0 start, which would have been their first 3-0 start since 2001.  The Hornets had other ideas after previously knocking off Savannah State on Friday night in the opening round.

“What a great environment,” Alabama State University head coach Penny Lucas-White said. “I love our home fans, and I believe their energy just kind of permeated the whole building and it helped us tremendously.”

“I am so proud of the way we played and especially the way Brittany Brown played,” White said. “She came off the bench and she passed, she served, she blocked, she did it all. Kayla (Torres) came in and did a phenomenal job. Everyone on the bench and the court, everyone was able to pull us back in the game.

“Tonight was an all out team effort. We are deeper than we have been in the past and that is incredible to know that if something is not working, we are not going to be afraid to try something else.”

Justus Tuiolosega recorded her first double-double of the season with 25 assists and 11 digs, while Asha Daniels finished with 13 digs. Kori Kutsch finished with a match-high 30 assists.