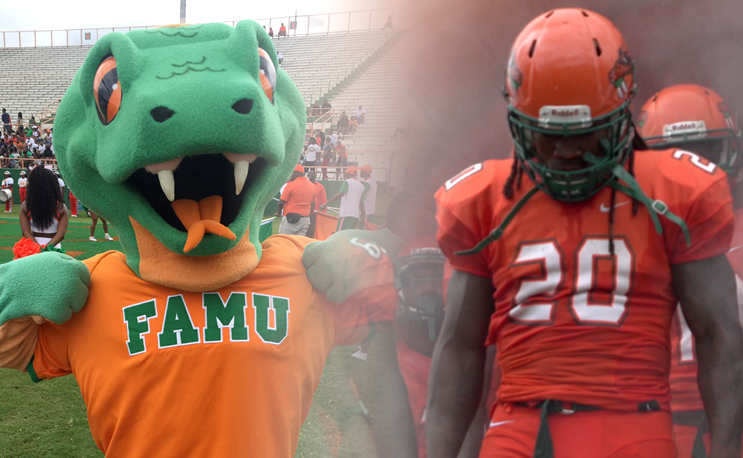 September is an opportunity for FAMU to make a statement.

Florida A&M’s win over Texas Southern in Tallahassee might just be another game as the 2017 season unfolds.  I would like to think it was the beginning of a Titan returning to form.

FAMU’s history as an HBCU powerhouse is both unquestioned and unrivaled.  You also can’t question their inability to answer favorably to the question, “what have you done for me lately?”  The Rattlers haven’t had a winning record since 2011, the next to last season under the great Joe Taylor.

Even though this is the third year for Alex Wood coaching the team it’s a fresh start.  The Rattlers started the season sanction free, the first season since 2013-14 that the APR cloud hasn’t cast its shadow over the university.  That gave Wood the luxury of having a spring football game earlier this year, something the sanctions canceled last season.

And this year there is also no post season ban, so the thought of the postseason exists as a tangible thing, not a mythical “maybe one-day ” place marker in the future.

With all this potential for a turnaround season in place, FAMU did its part on Saturday by hammering Texas Southern in the only nationally televised game during that time.  Anyone with any interest in football at 12 noon on Saturday had only one option, the contest at Bragg Memorial Stadium.

For us here at HBCU Gameday it was the perfect opportunity to make our first trip to see FAMU on their campus as opposed to road trips.  With no other competition for their attention, our second screen experience for the game yielded great results within our community.  FAMU related content reached over 115,000 people on our social media channels alone this weekend.  Nothing that will get us a write up in Billboard magazine but FAMU will gladly take it, along with all the other metrics from anyone else with a cell phone and a Rattler related hashtag.

Both FAMU and Texas Southern created this opportunity by giving us an all HBCU center stage matchup. They both should be commended for that. Florida A&M maximized the opportunity by dominating the game and doing at home, creating a promotable atmosphere of orange and green clad Rattler revelers.  Imagine if it had been FAMU vs Arkansas to open the season, the buzz they are enjoying on a Monday morning would be replaced by buzz kill.

Arkansas is still coming and that buzz will be tempered by this SEC buzz saw on Thursday night.  It shouldn’t take the joy and excitement away from Rattler Nation and I don’t think it will.  After collecting that check and enduring the bus ride from hell, the month of September will create even more opportunities for the Rattlers to rise up.

A win over Tennessee State. That would be awesome.  Beat Savannah State. You need to.  With North Carolina Central, the defending MEAC champs at home on a Thursday night on ESPNU, FAMU has a path in front of them where they can claim “we’re back.”

A clean sweep of September is unlikely but a split between Tennessee State and North Carolina Central would look really good if you beat Savannah State.  A loss to all three would lead us right back to where FAMU has been since 2011, not in contention.

I don’t have a rooting interest in any school, I just want whatever it takes for each conference to maximize and energize their collective fan base.  The more fans there are online and engaged in HBCU football, the better for HBCU sports, and us too.  It’s past time for FAMU fans to see something happening at Bragg that they can brag about.

The last few years the epicenter of MEAC football has been the 53 miles that separate Greensboro, N.C. and Durham, N.C.  The conference needs more parity and there is no better star to shine than FAMU.  From their exotic colors, aggressive mascot, NFL pedigree, and most notably their geographic location.  (The state of Florida hands little boys a football and a playbook when they are born.)  The reemergence of the Rattlers would be a boost for the conference.

This past weekend FAMU stepped up to the stage as contestant Number One and sung a really good tune for all of us to hear.  When September arrives there will be a crowd of people fighting for that one microphone and one spotlight.  Will this be the year that FAMU’s voice stands out among the crowd once again?

200
The Latest in HBCU Sports and Culture