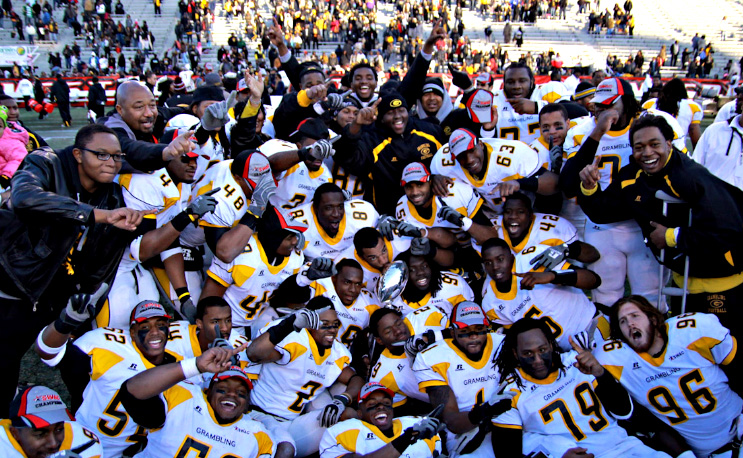 In a letter to the Grambling fan base on Friday morning, University President Richard Gallot, Jr. announced that Grambling State would have to vacate the 2011 SWAC football championship because of the use of ineligible players.

The letter detailed not only infractions committed by the football program but a variety of sports on campus between 2010-2015.  The NCAA has placed GSU on a two-year athletic probation, although only men’s basketball and men’s track have a postseason ban.  Both of those bans are for one year.

Gallot said that the NCAA began an internal investigation into compliance issues at GSU not long after he took over the presidency.

“As a result of non- compliance between 2010-2015, we have to vacate certain wins, including the 2011 Southwestern Athletic Conference (SWAC) football championship. As much as we pride ourselves on having a winning, championship-level athletics program, we must operate in compliance with all aspects of NCAA bylaws, regulations and rules. When we have not done so, we, like all institutions, must suffer the consequences. We have to give up numerous events, games and records because ineligible players were permitted to participate in various sports and we have to give up some student-athlete scholarships. In addition, two of our track coaches have been disciplined for their individual violations,” Gallot said in Friday’s release.

GSU agreed with the NCAA that they were fundamentally wrong in the following areas:

The university also acknowledged mistakes they deemed as serious and those include:

The NCAA responded to the investigation with the following penalities:

Gallot noted that these infractions occurred over a series of years and under the leadership of several different people in administrative roles.  He ultimately accepted responsibility on behalf of the university and looked towards putting these matters behind Grambling.

“The allegations leveled by the NCAA enforcement staff are primarily focused on issues dating back several years, through multiple presidents, multiple athletics directors, multiple coaches and multiple athletics staff members. Many of these issues have largely been uncovered since Athletics Director Paul Bryant started in January 2017.  It is unfortunate that our past instability of leadership has allowed a number of these incidences to happen, and to allow a number of these matters to continue to be issues as we moved from leader to leader and team to team. That is not the fault of the NCAA; it is our situation, our set of issues, we must deal with it and put it behind us.”

You can read Gallot’s statement in its entirety here.