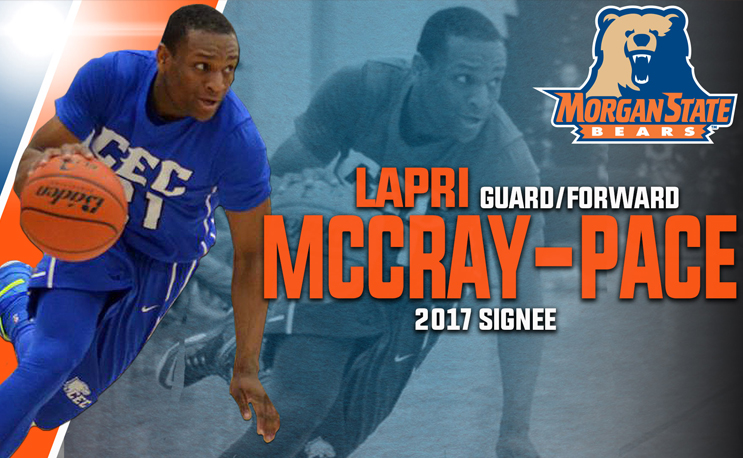 BALTIMORE, Md. — Morgan State has added to its 2017 recruiting class with the signing of LaPri McCray-Pace.

MSU head coach Todd Bozeman announced the addition of the Conwell-Egan Catholic High School guard on Thursday.
“LaPri is a great addition to the program,” Bozeman said. “He’s a versatile player with size and strength. He can play inside and outside, and can guard inside and out as well with physicality. “We are extremely excited to add him to our family.”

Pace was a four-year starter for an Eagles team that won back-to-back District 12 Class AA championships (2014-15), captured a state title in 2015 and went as far as the state quarterfinals in 2016.

Pace attended Putnam Science Academy (Connecticut) as a post-graduate, where he provided 9.4 points and 5.8 rebounds as a wing for the Mustangs.

The Bears completed the 2016-17 season with a 14-16 overall record and finished third in the Mid-Eastern Athletic Conference (MEAC) standings at 11-5.