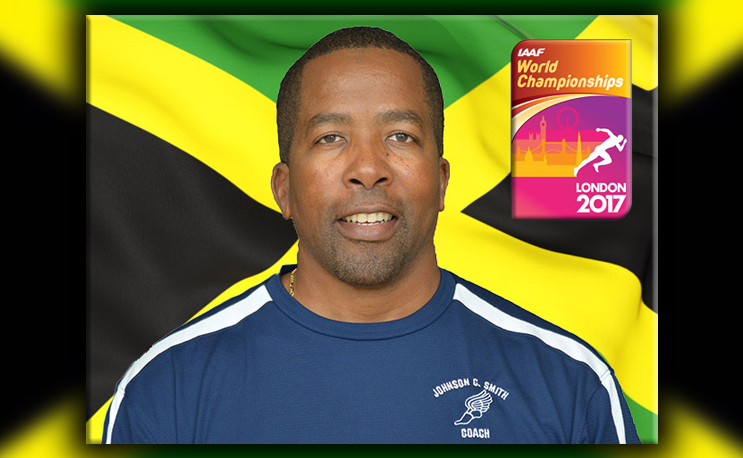 Charlotte, N.C.  – Johnson C. Smith University head track and field coach Lennox Graham has been selected to serve as an assistant coach for the Jamaican National Team at the upcoming IAAF World Championships in London, it was announced by the Jamaica Athletics Administrative Association (JAAA).

No stranger to coaching on the international stage, Graham has coached at the IAAF World Championships since 2011, with his most recent trip coming in 2015 in Beijing where he coached JCSU alum Danielle Williamsto the 2015 IAAF world title in the 100m hurdles.

Graham will be coaching the Jamaican hurdlers as well as the women’s 4×100 team.

He also coached at the Pan American Senior Championships in 2006 in Rio while coaching at the high school level in his native Jamaica.

“I’d like to thank JCSU for supporting my endeavors in making the JCSU track and field program visible at the global level,” said Graham.

“By having the opportunity to work with world-class athletes, it will help further the JCSU track and field program and will open up recruiting avenues for us to attract world-class talent to Charlotte.”

The IAAF World Championships will take place Aug 4-13, 2017 at the London Stadium at Queen Elizabeth Olympic Park, home of the 2012 London Olympics.