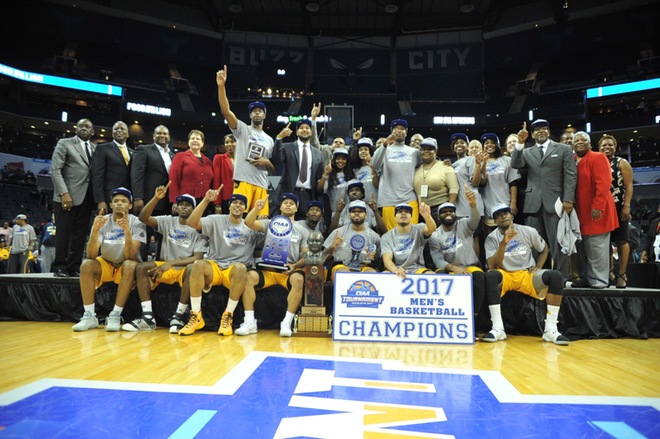 The NCAA Division II Tournament field has been announced and three teams will be competing for the national title.

SIAC Champion Clark Atlanta will be the eighth seed in the South Region and face host Alabama-Huntsville.CAU finished 21-11, capping off their SIAC championship run with a thrilling 64-62 win over Fort Valley State in Birmingham, AL on Saturday.

CIAA Champion Bowie State earned the eighth seed in the Atlantic Region and will have the tough task of facing regional host Fairmont State. BSU went 16-14 on the season, winning its last seven games.

The lone at-large bid for HBCUs goes to Virginia Union. VUU (22-7) earned a bid to the NCAA Tourney despite losing its CIAA opener to Bowie State in the quarterfinals. The three-time national champions will face Shippensburg in the first round.

On the outside-looking-in is Virginia State, who went 22-6 but lost to Fayetteville State in the semifinals of the CIAA Tournament.