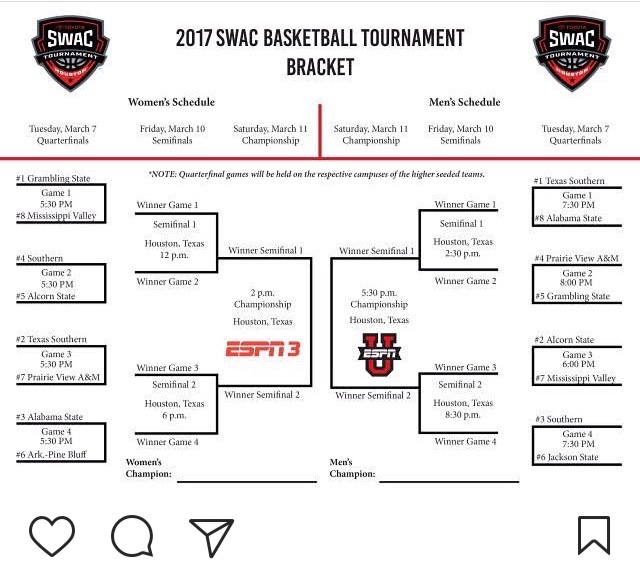 You only need a glance at the SWAC’s postseason awards to know who the top team in the conference was this season.

Texas Southern swept the conference’s major postseason awards, announced on Monday morning.
Forward Zach Lofton was named Player of The Year and Newcomer of The Year after averaging 17.9 ppg as a transfer from Minnesota.

Forward Marvin Jones was named the Defensive Player of The Year after averaging 1.5 blocks and .5 steals per game while anchoring the defense.

Guard DeMontre Jefferson was named Freshman of The Year. The Milwaukee native averaged 14.4 ppg and 3.3 apg after missing the early part of the season. He’s scored in double figures eight of his last 10 games.

The only major award that didn’t go to TxSo was Coach Of The Year. That honor went to Alcorn State’s Montez Robinson.

Texas Southern will host Alabama State on Tuesday night at 7:30 in the first round of the SWAC Tournament. They are already guaranteed a postseason appearance by winning the regular season title, but a tournament title would put TxSo in the NCAA Tournament for the third time in four seasons.

PLAYER OF THE YEAR

DEFENSIVE PLAYER OF THE YEAR

NEWCOMER OF THE YEAR

FRESHMAN OF THE YEAR

COACH OF THE YEAR