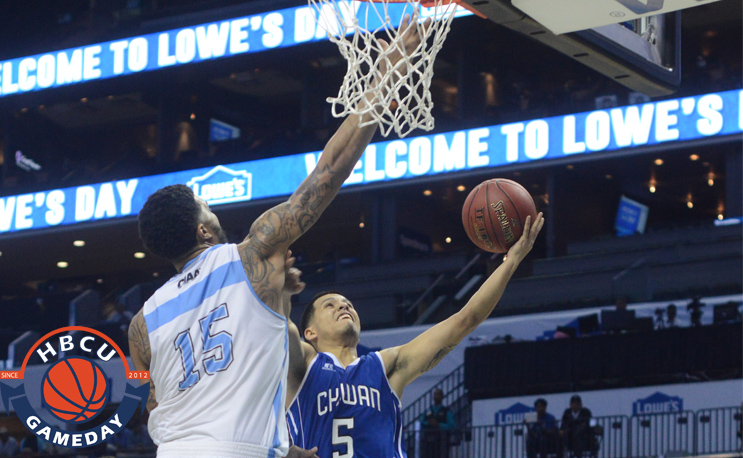 David Duncan came up big for Livingstone in the CIAA quarterfinals.

CHARLOTTE– Chowan came into the CIAA Tournament looking to make an extended run for the first time, but Livingstone College ended those dreams with a 74-69 win on Thursday afternoon.

The Hawks were in control most of the game, but the Blue Bears kept hanging around until the end. A monster day by senior forward, David Duncan, helped lead the Blue Bears past the Hawks. Duncan had 13 points, 30 rebounds, and three assists as he out-rebounded the Hawks by himself.

Chowan lack of rebounding was heavily exposed and exploited by Livingstone. Livingstone out-rebounded Chowan 52 to 27. It also gave up 19 offensive rebounds and 14 second-chance points. LC made its free throws in the clutch moments to help seal the win.

Livingstone will play the winner of the Virginia Union vs. Bowie State matchup on Friday at 7 pm as they try to advance to their fifth straight CIAA Championship Game.