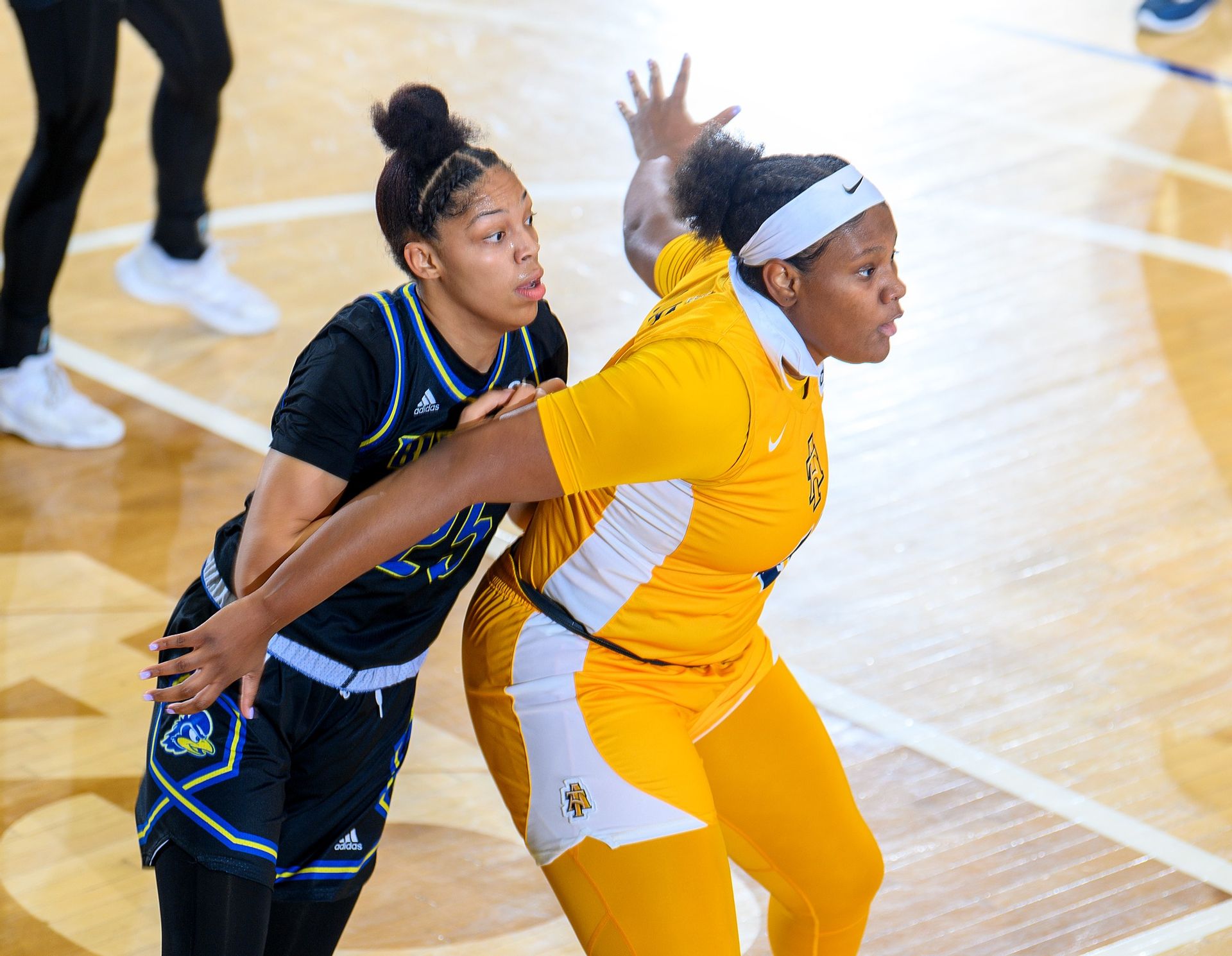 Aggies go 6-1 in conference play after come from behind victory.

North Carolina A&T defeated Stony Brook in a thrilling 68-60 back-and-forth affair at Corbett Sports Center on Friday evening. The Seawolves went into halftime with a five-point lead, but the Aggies wouldn’t go down without a fight. They outscored the Seawolves 36-23 in the second half to come out on top.

Jazmin Harris scored 15 points to lead the way for North Carolina A&T. D’Mya Tucker was pivotal as well, shooting 1-of-2 in the second half for 8 points to power the Aggies forward after the break. As a team, North Carolina A&T shot 25-of-50 from the field and 15-of-19 from the line to put up an average of 1 point per possession.

Anastasia Warren led the way for Stony Brook, scoring 25 points against North Carolina A&T. The Seawolves went 23-of-59 from the field in this one, including 7-of-25 from the three-point line. In total, their overall offensive efficiency wasn’t great and was a major factor in the loss. They scored just 0.91 points per possession on 47% true shooting.

These teams will have little time to prep for their next test, as each plays next on Jan. 22. North Carolina A&T catches Hampton after a loss in its last game, while Stony Brook has a shot to rebound against a struggling Elon squad. The Aggies will hope their success follows them on the road. On the other side, the Seawolves will hit the road once again.