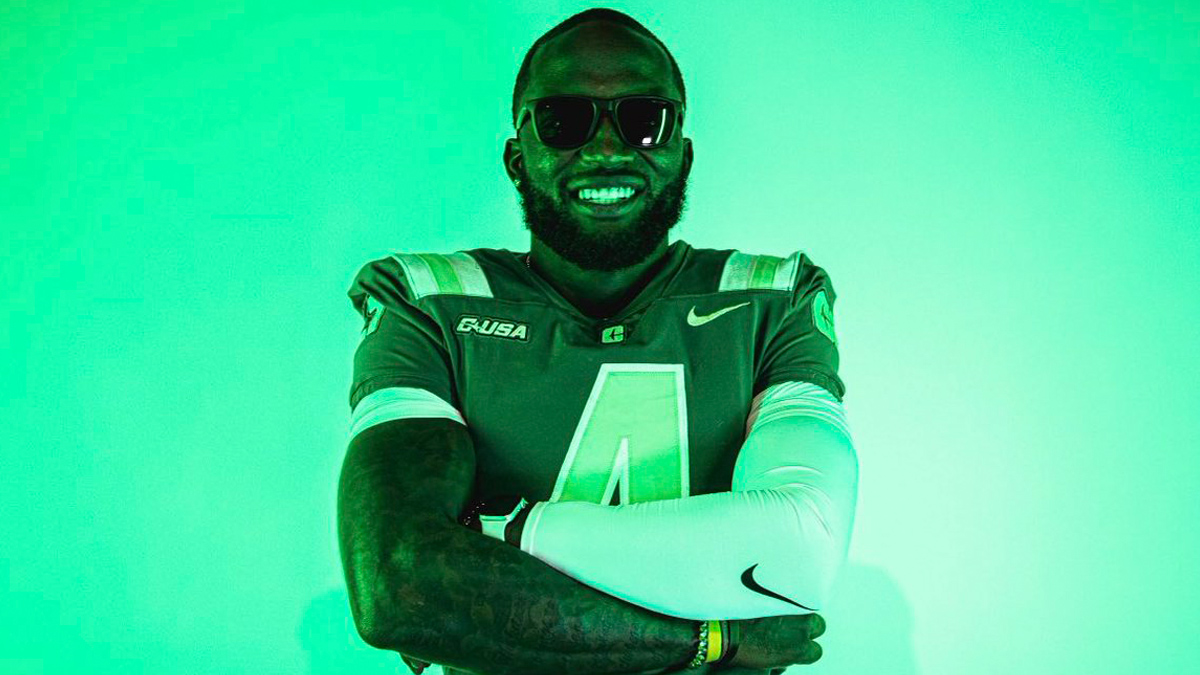 Jalon Jones is headed to the FBS level after playing at Jackson State and Bethune-Cookman, with a JUCO stint between.

Jones announced his commitment to Charlotte on Wednesday afternoon via social media.

Charlotte would be the fourth school Jones has suited up for, and his fifth stop as a collegiate athlete. The Virginia native was a four-star prospect out of high school, committing to the University of Florida back in 2018. He spent one semester in Gainesville in 2019 before leaving the team after running into legal allegations.

Jones landed at Jackson State that fall, where he played in 11 games as a true freshman in 2019. He completed 54-of-111 passes for 882 yards and nine touchdowns that season. Jones also showed off his versatility, running for 395 yards on 93 carries while playing for head coach John Hendrick.

Just after SWAC postponed its 2020 season due to the pandemic, the course of the program and Jones’ career was changed when Deion Sanders was hired as Jackson State head coach. Jalon Jones started the first five games of the 2021 spring season under Deion Sanders before taking a backseat to Quincy Casey against Alabama A&M. Jones completed 55.6 percent of his passes and threw for 12 touchdowns to just three interceptions in those five games.

The Shedeur Sanders Era was clearly coming in the fall, so Jones left JSU and landed at Mississippi Delta Community College in fall of 2021. He then made his return to the SWAC, signing to Bethune-Cookman. B-CU had a forgettable 2022 season, but Jones was solid, completing 57 percent of his passes and throwing for 14 touchdowns to seven interceptions. He also showed off his legs, gaining better than 800 yards on the ground while running for five touchdowns.

Now it appears Jones will take his talents back to the FBS level to play for Charlotte, which competes in Conference USA.