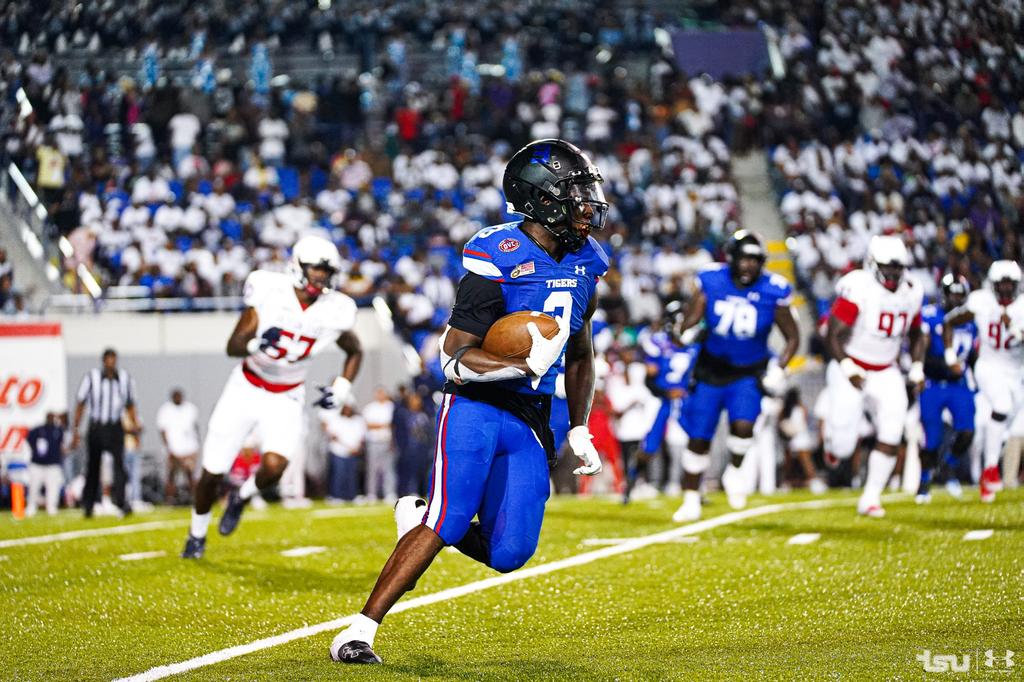 BRENTWOOD, Tenn. – The Big South Conference and the Ohio Valley Conference (OVC) announced on its football conference game schedule for the 2023 season, which marks the first year of the joint association of the league’s football member institutions, including Tennessee State.

The 10 combined teams in 2023 (6 – OVC, 4 – Big South) will play a six-game conference schedule, as prior scheduling commitments prevented opportunities for additional Big South-OVC games in the first year.

Games will be played during 10 of the 12 weeks in 2023, with the first-ever contest scheduled for Week 2 on Sept. 9 with Lindenwood at 2022 OVC Champion Southeast Missouri. The first cross-over game features 2022 Big South Champion Gardner-Webb at Tennessee State in Week 3 on Sept. 16.

Five of the 10 members will begin league play in September – Lindenwood (Sept. 9), Southeast Missouri (Sept. 9), Tennessee State (Sept. 16), Gardner-Webb (Sept. 16) and UT Martin (Sept. 30). The remaining five squads open conference action on either Oct. 7 or Oct. 14. Three league games are slated for Oct. 7, Oct. 14 and Oct. 21 and the slate increases to four the final Saturday of October. Two of the three November dates have the maximum five conference games on the schedule.

More details of the association’s administration, including tiebreakers for the automatic bid to the playoffs, will be announced at a later date.

Below is the 2023 TSU OVC league schedule along with the two Big South opponents that the Tigers will face.

ABOUT THE BIG SOUTH-OHIO VALLEY CONFERENCE ASSOCIATION
In February 2022 the Big South Conference and Ohio Valley Conference announced the creation of an association of their football member institutions, to begin with the 2023 NCAA Division I football season and have an initial term of at least four years. The unique agreement combines the two conferences’ football membership to ensure NCAA championship access and stability for the multisport conferences. In creating the association, presidents from each of the multisport conferences pointed to the similarities of the OVC and the Big South, with their complementary geographies and intercollegiate athletic philosophies, as key to making this association possible.

This year the conferences combined for 13 finalists for the 2022 FCS National awards (Walter Payton, Buck Buchanan, Jerry Rice, Eddie Robinson and Doris Robinson), with four individuals finishing in the Top 10 of voting.