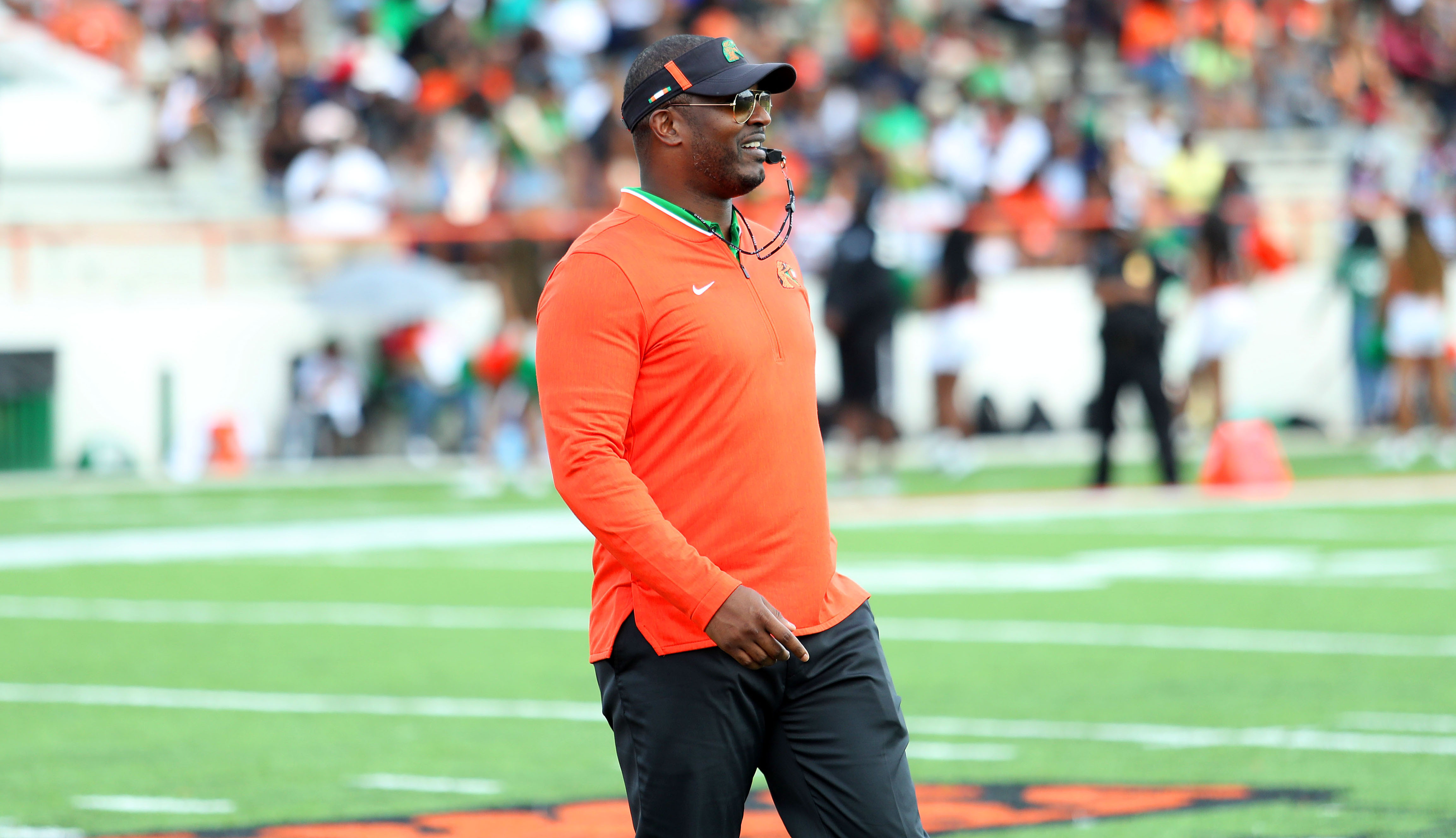 Florida A&M head coach Willie Simmons says he was never offered a job by Deion Sanders and is staying put.

Florida A&M head football coach Willie Simmons’ name has come up repeatedly in possible coaching destinations, since the conclusion of the 2022 season.  South Florida was the most prevalent of those conversations, but Simmons denied having any talks with USF while that iron was hot.

His name was also mentioned in conjunction with others schools, coming on as a coordinator or position coach.  As of today none of those had panned out.  The latest internet rumble was that he would accompany Deion Sanders to the University of Colorado.

Those rumors surfaced a few days before Simmons was slated to speak to the Rattler Boosters and 220 Quarterback Club at their weekly luncheon.  After an overall recap of where FAMU was in recruiting, outlining some needs for the 2023 season and allowing All-SWAC Players Xavier Smith and Isaiah Land to speak, Simmons addressed the rumors directly.

“I’m excited about the direction of our program,” Willie Simmons said. ” The crazy thing about social media and some media outlets is that word journalistic integrity is out the window at this point.  Back in the day you had to fact check before you published an article.  When you put out an article, typically you want to have some fact to justify it.”

“There were reports all last week that I had been offered a spot on Deion’s staff.  First off, he hadn’t even accepted the job yet.  I congratulated him and he said thank you and that was end of the conversation.  There was never an official and never anything we talked about as far as a job.  Where those rumors or speculation came from I don’t know and really don’t care,” he said.

He went in-depth about how the transfer portal was flooded with kids, but it was his staff’s job to weed out players in the portal to find kids that would fit academically, morally and physically into the Florida A&M squad.

“You can’t just go and sign a kid in the portal because he’s from Alabama.  We need to know the circumstances around all of the players’ transfer and if they fill a need on our team,” Simmons said.  “My focus has always been these young men and building the program here at the Florida A&M University.  The good Lord has placed me here and I’ll be here until he sees fit that it’s no longer time,” he concluded.