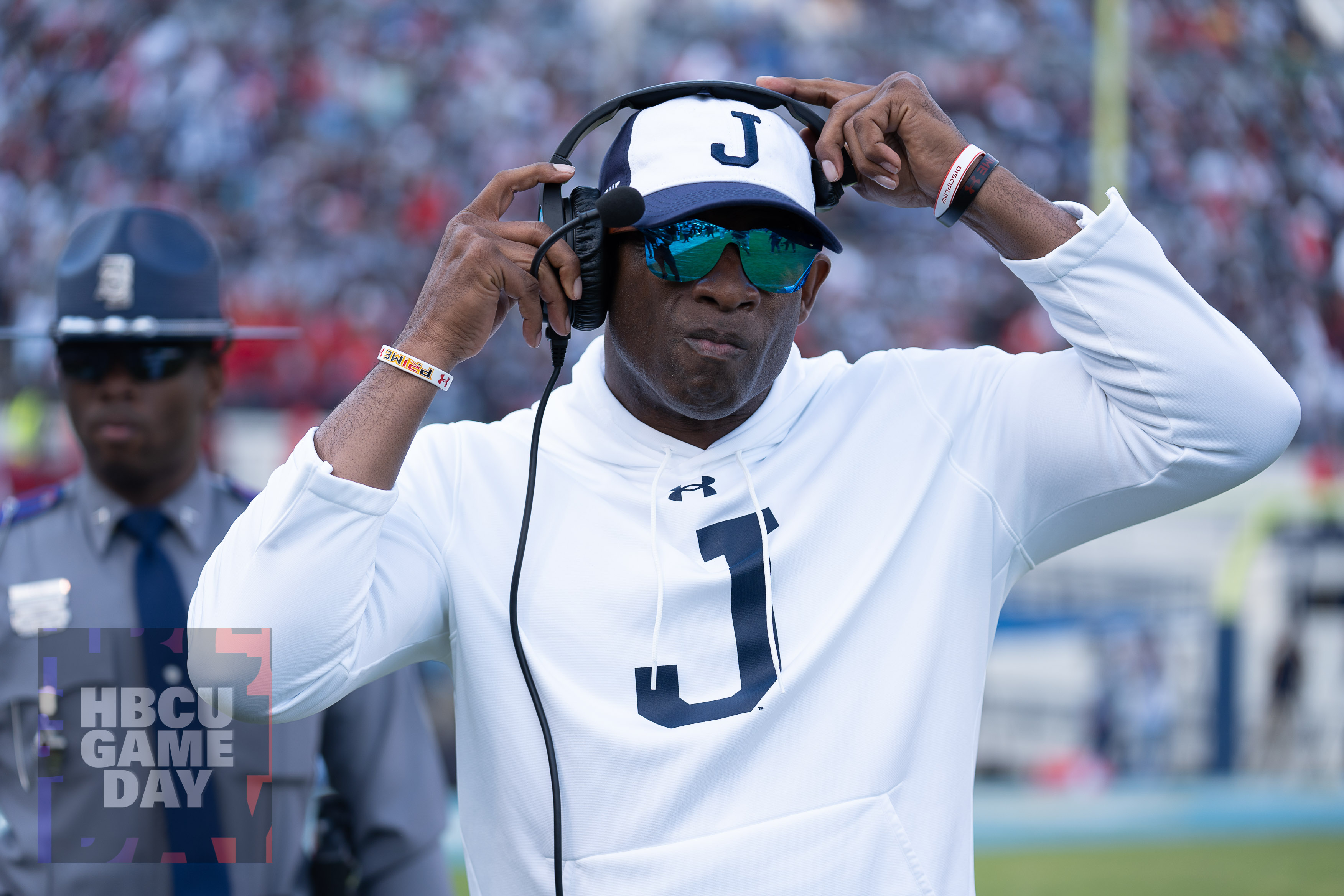 Deion Sanders is leaving the building and taking Shedeur Sanders with him. His other son, Shilo, was left behind in Jackson.

Deion Sanders left Jackson, Mississippi hours after leading the team to prepare for a press conference for his new gig at the University of Colorado.

Sanders was introduced as the head football coach of the state’s flagship university with his son Shedeur — who helped him win 22 games over the past two seasons at Jackson State. He all but anointed him as the starting quarterback at Colorado moving forward.

“He’s going to have to earn it,” Sanders said.

One Sanders was visibly noticeable from the fray. Shilo Sanders,  Deion Sanders’ middle child and starting free safety, did not make the trip to Colorado, nor did he play on Saturday night.

“I left the safety in Jackson because he’s in the doghouse right now. That’s my other son (Shilo).”

Shilo Sanders started his career in the SEC, earning consistent playing time for the University of South Carolina early in his career. When his father came to Jackson State, his son followed — like many other former FBS/Power Five players.

The safety posted on his Instagram account on Saturday asking whether or not he should stay at Jackson State.

While his next move hasn’t been announced, it is clear that Shedeur is headed west. He’s completed 314 of 448 pass attempts for 3,409 yards and 36 touchdowns through 12 games at Jackson State this season.

As for Deion Sanders, he says he plans to coach Jackson State one more time before he puts on the Colorado Nike gear again. As winners of the SWAC, his team is set to face MEAC Champion North Carolina Central in the Mercedes-Benz Stadium in Atlanta on Dec. 17.

“As you know I have work to finish in Jackson, Mississippi,” Sanders said. “They tell me we ‘and-0,’ that means we haven’t lost to anybody. And we’ve got to win this championship,” he said. “But simultaneously like I played baseball and football, I can multi-task and I can focus.”