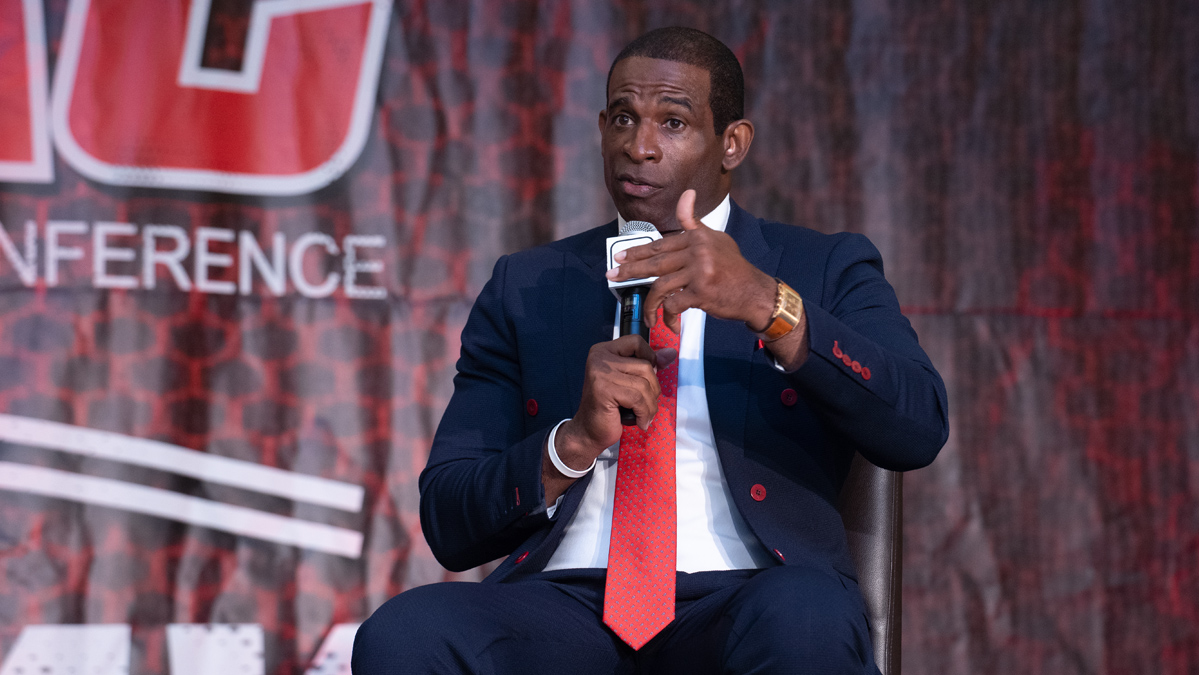 Top prospect says Deion Sanders told him on the phone he was ‘going Power Five.”

The Ohio State commit told 247Sports that Sanders recently reached out him to let him know a move was imminent.

“He was just like, ‘Man, I’m just letting you know that I’m going Power Five’ and that he wants me to join him basically,” Inniss told the recruiting website.

Sanders confirmed earlier this week that he had been offered the Colorado head coaching job — as well as others. ESPN is reporting that Sanders is expected to take the job following the SWAC Championship Game and CBS News is reporting he has been offered a base salary of $5 million.

As for Inniss, the third-ranked receiver in the 2023  class met Deion Sanders back in February 2020, months before Sanders was hired to take over as Jackson State’s head coach.

“I took a picture with him and he told me to never stop working,” Inniss recalled. “He’s the G.O.A.T. I would definitely listen because I like to take knowledge from everybody.”

Sanders and Jackson State made headlines last December when he signed Travis Hunter — the top prospect in the 2022 class — after he had been committed to Florida State. Now he may be able to snag another five-star, but the question is will he be at Jackson State.