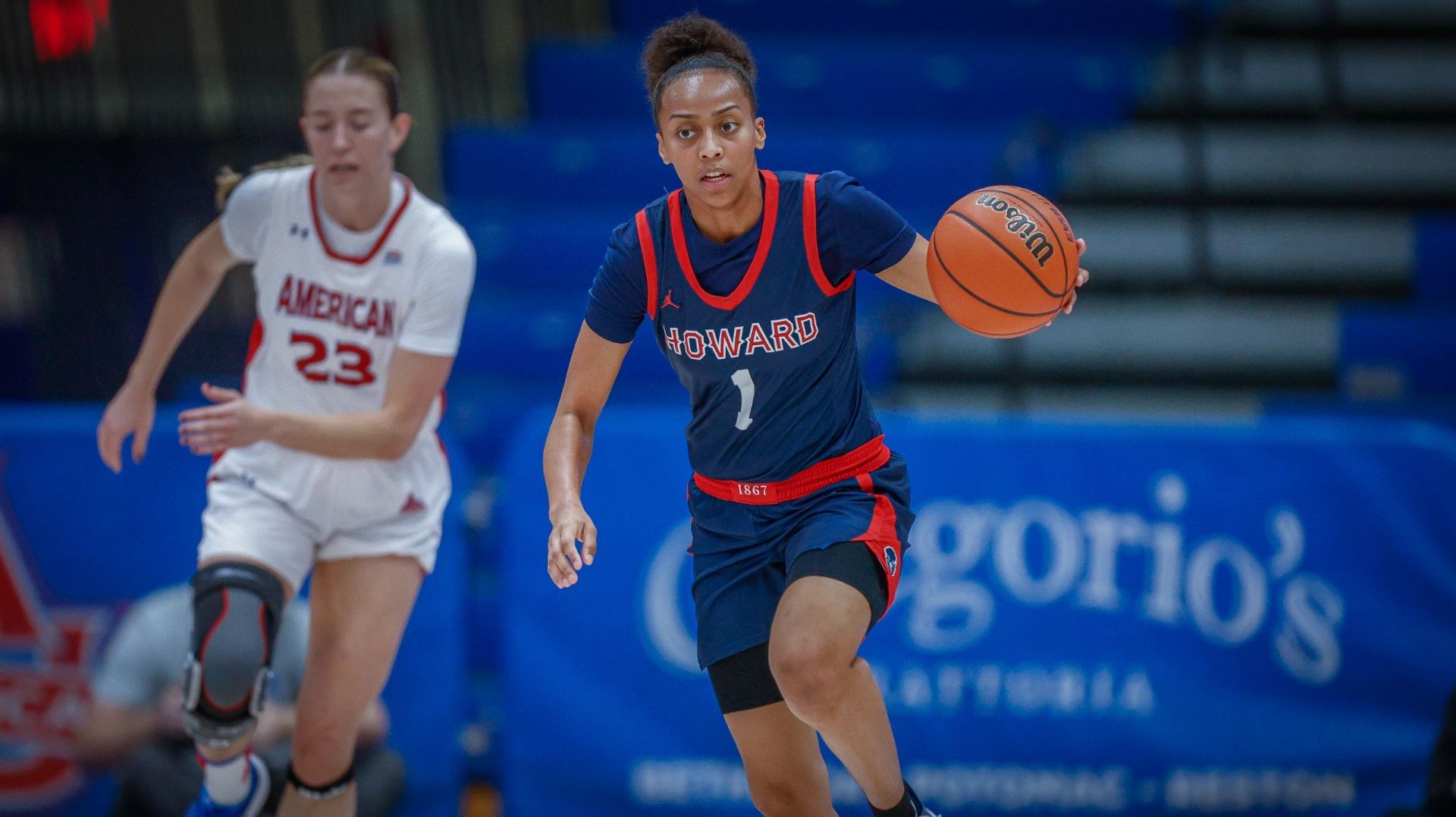 Howard University got a big lift from Destiny Howell to pick up its second win of the season on Wednesday.

Howard gave American its sixth consecutive loss in an 83-70 contest at Bender Arena on Wednesday night. They went into halftime with a 46-31 lead and were able to hold off the Eagles for the final 20 minutes.

Destiny Howell scored 34 points to lead the way for HU. As a team, the Bison shot 47 percent from the field, 35 percent from behind the arc, and 72 percent from the free throw line. The advanced stats told a similar story, as the team put up 1.03 points per possession on 56% true shooting.

“I was glad to see the team find some success tonight,” said Howard head coach Ty Grace.  “After some tough losses and shooting woes, we gained some much-needed confidence from tonight’s win. Destiny showed up and showed out offensively and I know she needed that boost of confidence as well. It was a solid team win.”

Emily Johns led the way for American, scoring 23 points. As a team, the Eagles shot 22-of-58 from the field and 3-of-18 from three. In total, their overall offensive efficiency wasn’t great, and was a major factor in the loss. They scored just 0.86 points per possession on 49 percent true shooting.

These teams will have little time to prep for their next test, as each plays next on Dec. 3. Howard gets a chance to end Elon’s winning streak, while American squares off with George Mason. The Bison will look to continue their solid play in their return home. On the other side, the Eagles will take another shot at their first win.