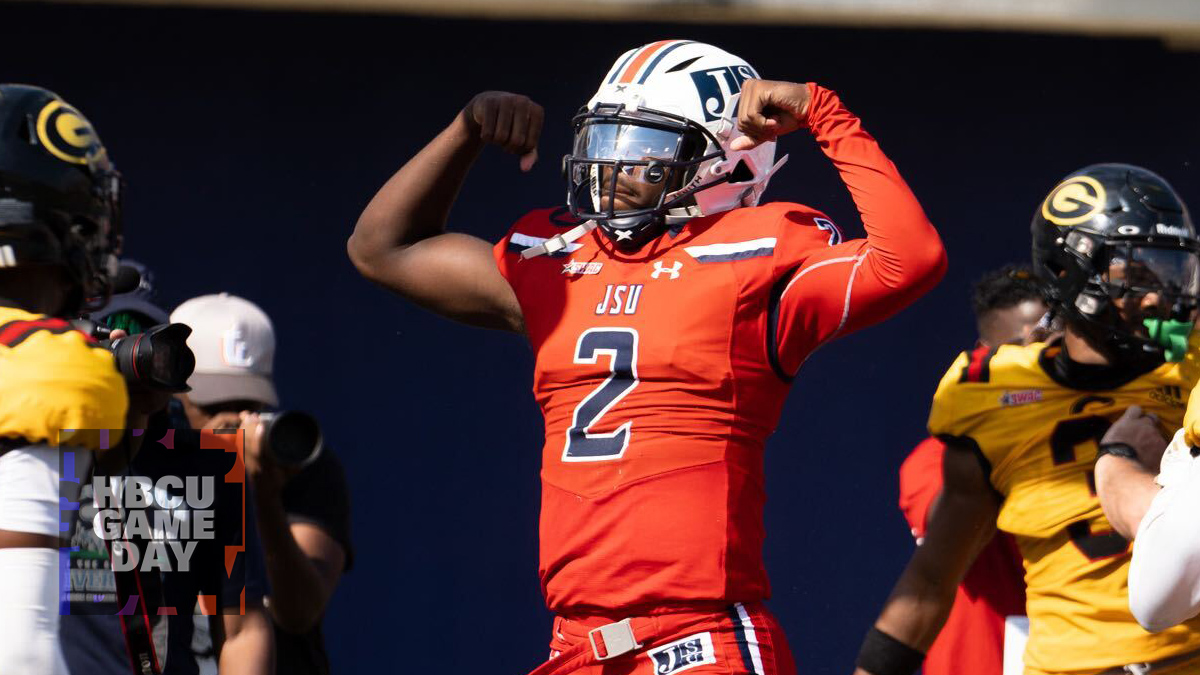 Under Armour will be producing a signature Shedeur Sanders Jackson State jersey.

While the world questions whether Deion Sanders will stay or leave Jackson State, Shedeur Sanders is getting to the bag once again with a historic deal.

Under Armour is releasing a signature jersey of the Jackson State quarterback that will make him the first HBCU player to have such a deal. A limited number of this officially licensed jersey will be made available, according to BoardRoom.

Selling officially licensed jerseys of collegiate athletes is a relatively new phenomenon — one made possible by legislation passed in the summer of 2021 that allowed college athletes the ability to profit off their name, image and likeness — better now as NIL.

Shedeur Sanders, who started his collegiate career in 2021, has been one of the biggest winners in the NIL space since the legislation was passed.

Sanders was the first collegiate athlete signed to Beats By Dre back in Sept. 2021. Earlier this year, Sanders signed on as an ambassador for “Brady” the apparel line of legendary quarterback Tom Brady. Last month Sanders, along with his brother Shilo and teammate Travis Hunter, inked a NIL Deal with “Actively Black,” a black-owned apparel company.

The Sanders family has long been affiliated with Under Armour. Deion Sanders has been one of the company’s biggest ambassadors over the years. When he arrived at Jackson State back in 2020, the school was signed to a Nike apparel deal. Since hiring Sanders, the program switched to Under Armour, which it got a direct deal with, something that was and still is rare for HBCUs.

Under Armour founder and CEO Kevin Plank recently visited Jackson State’s campus, spending time with players and talking business, as well as dropping off some gifts.

Now Shedeur, the newly minted SWAC Offensive Player of The Year, has his own exclusive deal with the company.