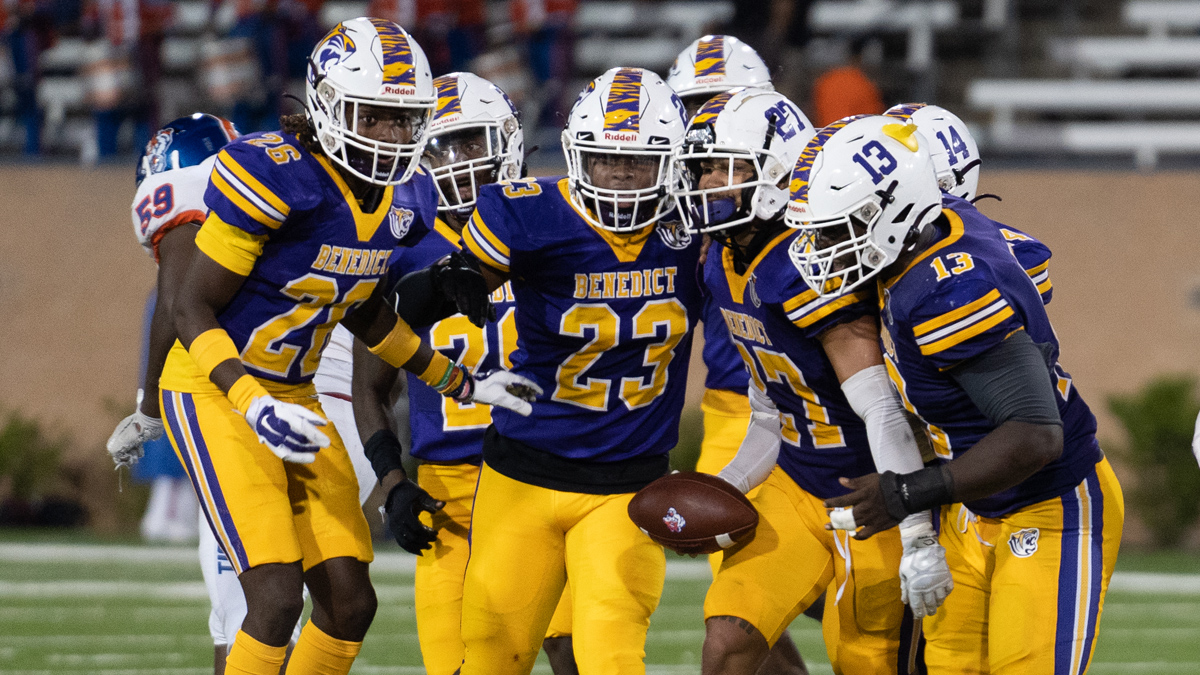 Benedict College will look to make a statement as it hosts Wingate in its first-ever D2 playoff game.

The Benedict Tigers enter this weekend with the same goal as they have all season; to make it to Sunday 1-0. The difference is this 1-0 record will mean they are one step closer to winning an NCAA Division II Football Championship.

“Our players are in a great spot. Last week we spent time working on us,” he said. “We practiced Tuesday Wednesday and Thursday last week and really focused on our fundamentals. We really wanted to take last week and not worry about the opponent cause at that point we didn’t know who we were playing it was between Virginia union and Wingate, so we wanted to work on us and just work on fundamentals.”

“And we want to work on getting healthy,” he added. “So some of the guys didn’t take didn’t take as many reps last week so they could get their bodies right because the reality is, Curtis, man, it’s  a new season.”

Berry and his players had the Thanksgiving holiday off and he said it allowed him to reflect on the history they made as a team both going undefeated at 11-0 on the season and earning the top seed in the playoffs. It is the first HBCU to do that since Winston-Salem State did it in 2012.

“It brings joy to your heart because at the end of the day it’s hard to get here and I don’t know how many HBCU’s in the history of college football ever had the opportunity to become a number-one seed,” he said. “So like I’ve said, kudos to my coaches, players, all the people that have supported our program and all the hard work that’s been put in. But I know I’m a firm believer in this; the good Lord and savior Jesus Christ been good to us no question about it because to know where this program came from and two years ago when I took over this job on February 11, 2020 to now? To say that we’re number-one seed is nothing but God, so I’m grateful more than anything.”

The Wingate Bulldogs come in with a 10-2 overall record and advanced after a decisive 32-7 win over Virginia Union in the first round.

Wingate brings with them experience having made the playoffs four times in the last five seasons and are in the second round of the playoffs for the third time in program history.

It is the second time the two teams meet in both programs’ respective histories. The lone meeting ended with Benedict winning 34-33 at home in 1998.

Wingate head coach Joe Reich said the challenge for he and his coaching staff will now be to quickly catch up on everything Benedict.

The Tigers are going to want to continue their mantra of “chop wood, carry water,” so here are three things for them to look out for when it comes to Wingate.