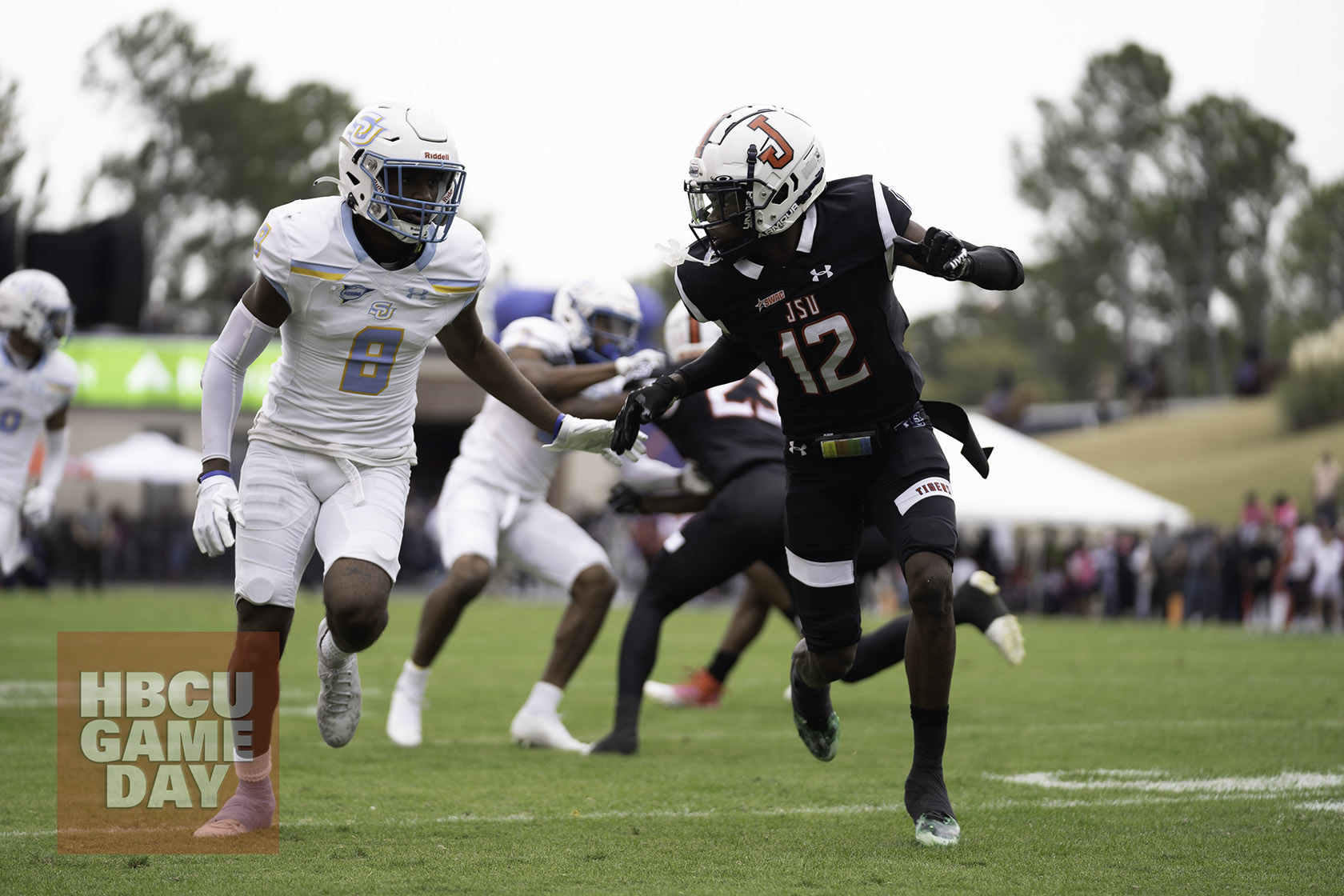 JACKSON, Miss.– The accolades continue to roll in for Jackson State University football player Travis Hunter as he was named a finalist for the Jerry Rice Award as the top freshman player in FCS Football.

The Rice Award, now in its 12th season, is named after legendary wide receiver Jerry Rice, who starred at Mississippi Valley State as part of his Hall of Fame career.  A national media panel will select the winner, with voting based on the regular season. The recipient will be announced on Dec. 7 and honored at the FCS National Awards banquet on Jan. 7 in Frisco, Texas – on the eve of the national championship game.

Earlier on Monday, Travis Hunter was named the BOXTOROW National Player Of The Week and the Southwestern Athletic Conference Newcomer of the Week.

Hunter has impacted JSU football on both defense and offense this season. On the season, Hunter has made 12 tackles, two interceptions (one returned for touchdown), one fumble recovery, and nine pass breakups. He also has 13 receptions for 140 yards and two touchdowns.

In this past Saturday’s 24-13 Jackson State win over Alcorn which clinched an 11-0 regular season for JSU football, Hunter returned a second-quarter interception 44 yards for a touchdown and made a 19-yard touchdown catch in the fourth quarter.

Jackson State will return to action December 3 in the SWAC Championship Game in Jackson at The Vet, with the opponent TBD.