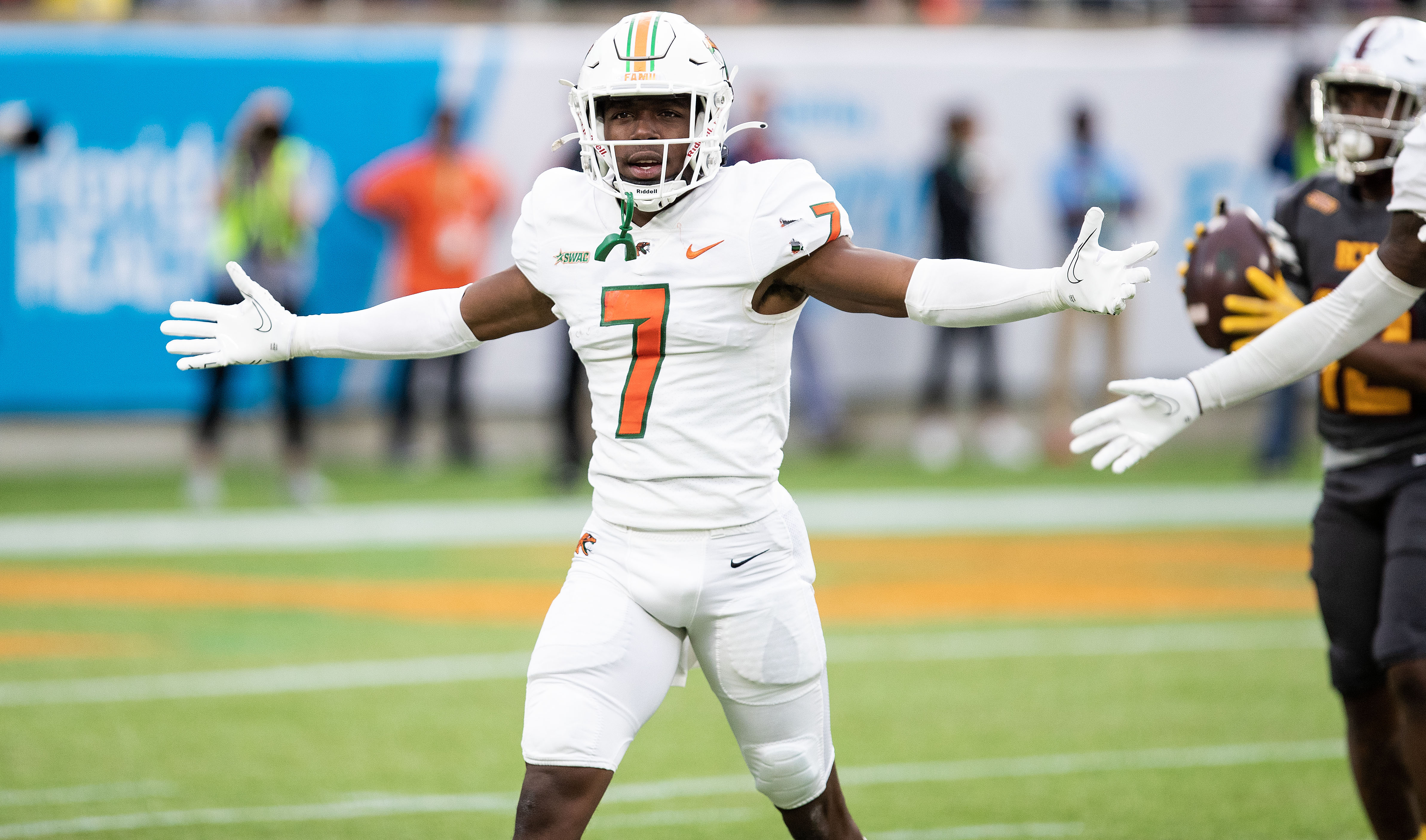 Commentary: Florida A&M in the FCS playoffs was clear snub

Selection Sunday turned into a solemn Sunday on the campus of Florida A&M.  Less than 24 hours after FAMU defeated the Bethune-Cookman Wildcats 41-20 in the 2022 Florida Blue Florida Classic, there was a late hit…and it came from the NCAA FCS Selection Committee.  Florida A&M, by many accounts, was expected to make the 24-team field of the FCS playoffs for the second consecutive year, but instead it was snubbed from the field leaving a cloud of wonder, confusion, and disappointment.

The Rattlers started the season off with an impressive loss against FBS opponent UNC.  While the final score of 56-24 showed on the board, the major takeaway from the game was the poise of Vanderbilt transfer quarterback Jeremy Moussa.  He displayed control in the game and led the Rattlers to scoring 24 points on a school from a Power Five conference.  The Tar Heels would go 9-2 on the season and will be playing for the ACC title on Dec. 3.  FAMU’s 24 points against the Tar Heel equaled or bettered the scoring against UNC by Virginia Tech (10), University of Miami (24), Pittsburgh (24), and Georgia Tech (21).

The following week, Florida A&M had its lone down week of the season.  After battling internal administrative issues, the team clearly was not focused.  Coupled with the well-oiled machine that is the No.5 ranked FCS team in Jackson State, FAMU fell flat in a 59-3 defeat.  JSU is undefeated at 11-0 for the first time in school history, and looking to win the SWAC Championship.  On line for the Tigers with repeating as SWAC Champions is a trip to the Celebration Bowl where they will vie for the HBCU National Championship.

JSU head coach Deion Sanders has publicly praised the Celebration Bowl, an event developed by ESPN in partnership with the MEAC and the SWAC.  He has also repeated that he is not interested in the FCS playoffs.

The numbers just don’t add up

While there are several scenarios that do not make sense as we look at the records of teams who were granted a bid to the FCS Playoffs, one must also wonder if it is not some form of retribution toward the SWAC.  The JSU Tigers have become the Ringling Bros, Barnum and Bailey attraction where everyone wants to catch a glance.  The high-powered offense, swarming defense and social media-savvy coach all have garnered major attention.  In addition, attendance in the SWAC, fueled by JSU’s massive home crowds at Veterans Memorial Stadium in Jackson, MS tops conference attendance in the country.

The NCAA is put in a position where they do not have access to the most entertaining team in FCS and in the SWAC.  There must be some resentment by committee members to that fact, coupled with the fact that Sanders wants no part of the playoffs.

At 9-2, Florida A&M is one of the top teams in the SWAC.  The fact that the Rattlers and Jackson State are in the same division virtually assures the winner of the season-opening game would wear the SWAC East crown.  With JSU’s foot on the gas, the FAMU had in 2021 and thought it had in 2022, an opportunity to win out and be in safe position to receive an NCAA FCS bid.  At about noon on Selection Sunday, word began to spread around campus that the Rattlers were in jeopardy of not making the playoffs.  Shortly after the show started, Jay Walker’s comment about some folks not being happy with this field, we realized he was talking directly to Rattler nation.  It was in some senses unfathomable.

One loss to a potential conference champion Power Five school and one loss to the undefeated FCS No.5 team and possible conference champion and one win against a D-II school.  The other eight wins in a row were FCS level, with one being reigning HBCU national champion South Carolina State and the other seven being SWAC opponents.  The FAMU schedule is not unlike most FCS schools.

Looking at who got in

In the FCS playoffs, there are 24 teams with 11 team receiving automatic bids.  Not a single one of the conference champions, no matter the record is a question for the field.  The arbitrary nature of how the committee deemed worthy the 13 at-large bids is when the grey area comes into play.

Montana State (Big Sky) was 10-1 on the season.  At 9-2, Weber State (Big Sky), North Dakota State (MVFC), Furman (SoCon), and Fordham (Patriot) all rightfully earned their bids.  Taking it a little further Elon (CAA), New Hampshire (CAA) and Richmond (CAA) all were selected.  At this point, you can sense a pattern.

The bottom tier of teams is where one has to wonder if HBCU conferences were strictly discriminated against.  Four teams with records of 7-4 were extended invitations to the playoffs, and some of those were not playing well down the final stretch of the season.  North Dakota (MVFC), Montana (Big Sky), Idaho (Big Sky) and Delaware (Colonial).

What the NCAA FCS selection committee did was the most blatant form of exclusion and it wasn’t hidden.  What this says is the committee cares nothing about the SWAC and MEAC, though they are paying members of the NCAA.  The committee has done their task of tailoring the field and ensuring that FAMU will not get a shot.

Going back to the first-ever Division I-AA (now FCS) championship, one has to wonder what was really going through the minds of the NCAA.  First, it didn’t even want to allow Florida A&M to move to Division I.  It took an appeal process for the NCAA to finally admit the school.  Once in the division, it basically told the Rattlers that they needed to win their last three games to get in the playoffs.  Here’s where the questionably of the ethics of the NCAA came into play.  In every publication, the NCAA expresses that regionality is a major consideration in playoffs and championships.  Verbatim, the NCAA says in their release as it has for the last several decades, “Team pairings are determined primarily according to geographical proximity.”

To further explain the hypocrisy HBCUs have faced, the field in the 1978 championship was the University of Massachusets, Nevada, Jackson State and FAMU.  Using their own words, Nevada and Jackson State should have played in the semifinal and FAMU and Massachusets should have played in the other.  Why then would the NCAA pair FAMU and Jackson State and pair Massachusets and Nevada.  Conventional thinking is that they did not want the possibility of an all-HBCU national championship game on national television.  Questionable decisions by the NCAA toward HBCUs is not new, but nonetheless, it leaves one puzzled.

While exploring every option, one must not discount the effects of ESPN No.1 recruit Travis Hunter selecting Jackson State over Florida State and other schools.  The switching of hats on signing day sent reverberations through the college football world.  A small black college without its own campus on stadium, without a proper practice field and without all of the facilities associated with the Power Five schools’ arms race was able to grasp the top recruit in the nation.  Sanders was the key element in that “flip.”  Could this be some sort of turf protection that the NCAA is trying to do to degrade HBCUs and discourage athletes to go to their “preferred” school and play in their “preferred” conferences?

The truth, we may never know.  There most doubtedly is a hidden agenda behind this snub.  One thing is for sure, unfortunately, if it can happen this easily to FAMU, then no HBCU is immune to this same consequence.

Commentary: Florida A&M in the FCS playoffs was clear snub