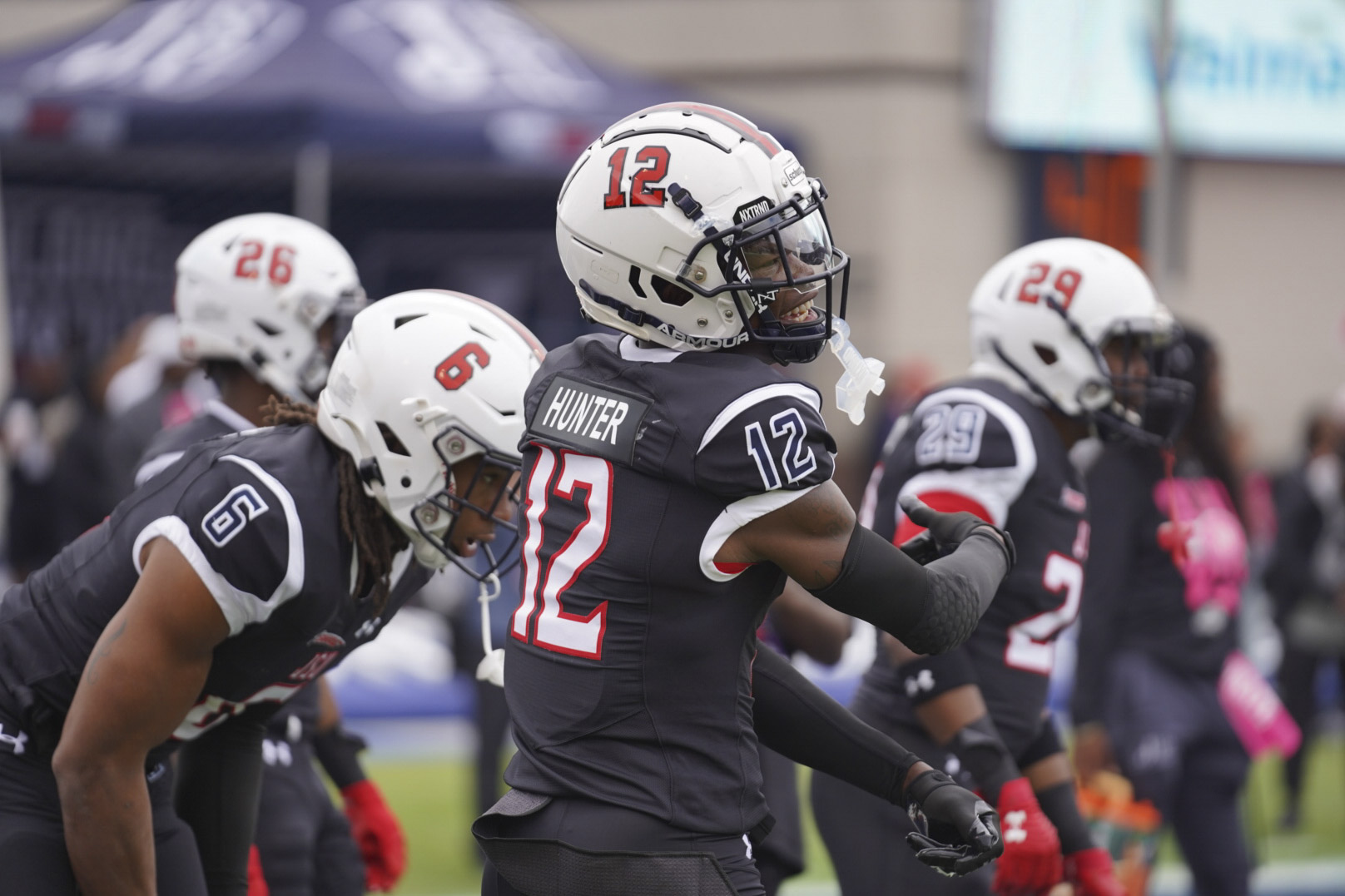 Travis Hunter had a game that showed exactly why he was so highly regarded as he led Jackson State to a win, and an 11-0 regular season.

Travis Hunter returned a second-quarter interception 44 yards for a touchdown and made a 19-yard touchdown catch in the fourth quarter to power JSU football to its first 11-0 regular season in program history and second consecutive 8-0 Southwestern Athletic Conference record.

Leading 17-13 in the fourth quarter, Hunter made both of his receptions on a key drive after Alcorn cut the JSU lead to four. Hunter made a 30-yard reception on the Tigers’ sideline to move JSU to the Alcorn 17-yard line. Two plays later, Hunter’s toe-drag catch in the far corner of the end zone, initially ruled incomplete, was overturned after a replay challenge for a touchdown with 11:26 remaining.

Defensively, JSU held its 10th opponent to 14 points or fewer, recording seven sacks in the game and holding Alcorn to 4 of 17 on third-down conversions.

Jackson State got on the board on its second drive of the first quarter. A 10-play, 38-drive ended with Alejandro Mata’s 38-yard field goal to give the Tigers a 3-0 lead with just over four minutes to play in the opening period.

After ASU took a 7-3 lead in the second quarter, the Jackson State defense came up big. Justin Ragin’s sack and forced fumble deep in Alcorn territory was recovered by JSU’s Jeremiah Brown and returned to the Alcorn State’ 2-yard line. Running back Sy’Veon Wilkerson scored on the next play to give Jackson State a 10-7 lead with 8:09 to play until halftime.

On the ensuing possession, Hunter’s pick-six gave Jackson State a 17-7 lead it would take to the half.

Jackson State will return to action December 3 in the SWAC Championship Game in Jackson at The Vet, with the opponent TBD as the SWAC West champion has yet to be determined.