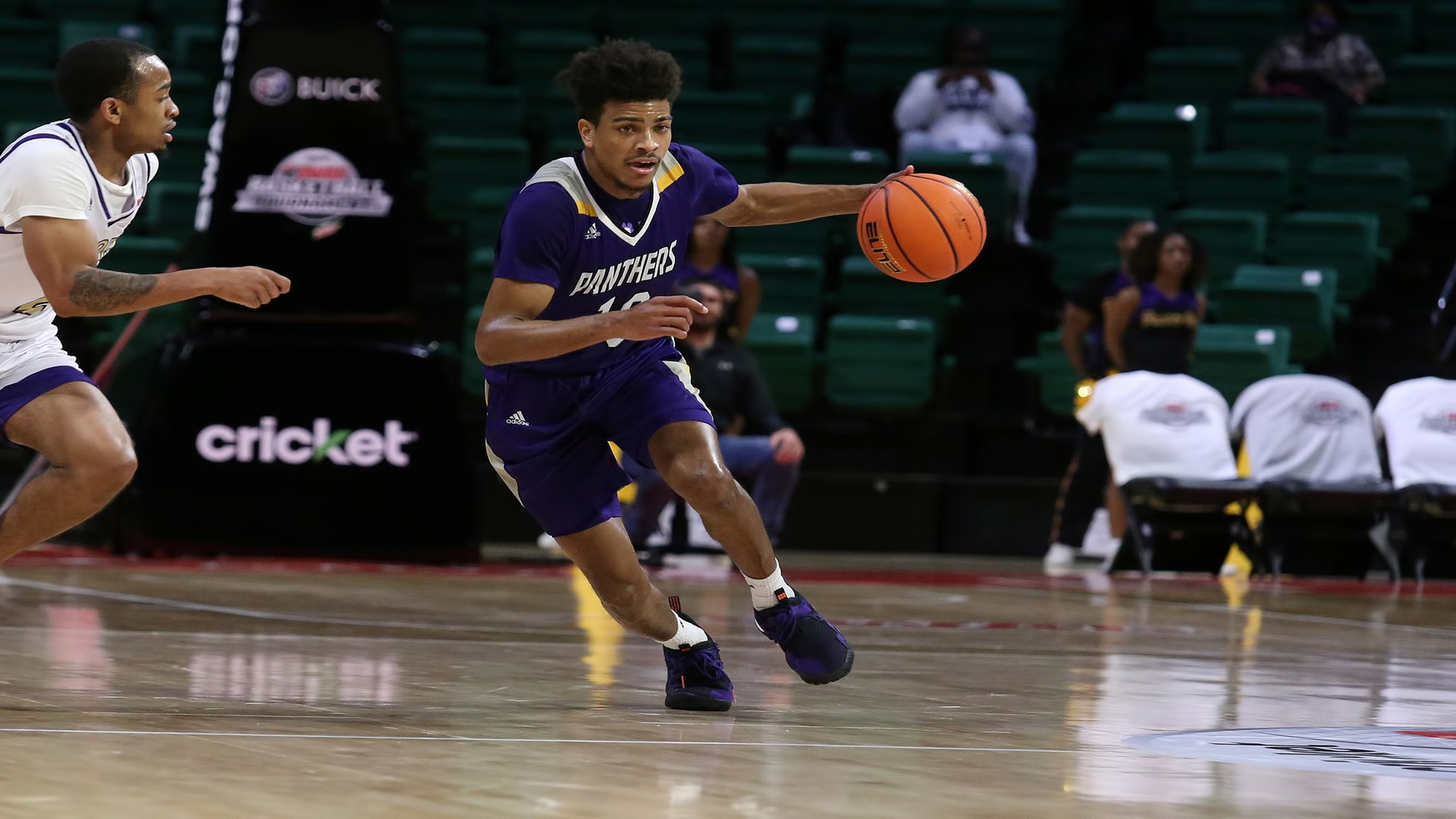 Prairie View maintained control of the game from start-to-finish as the SWAC picked up another win at home.

The wins just keep on coming for SWAC Basketball in its inaugural series with the Pac-12 as Prairie View picked up a convincing win at home.

Tuesday night’s victim was Washington State as PVAMU came up with a 70-59 win, the SWAC’s third in the six-game series with the Pac-12.

Will Douglas led the way for the Panthers with a game-high 26 points while adding seven rebounds and three assists, and hitting 11 of his 20 field goal attempts. Jeremiah Gambrell chipped in with 16 points, five rebounds and four assists.

Prairie View jumped out to an 8-0 lead in the game early and never looked back, as it held the lead from start to finish while shooting 46.7 percent from the field and 47.4 from the 3-point line hitting 47.4 from beyond the arc.

As impressive as the PVAMU offense was, the defense was even better. It held Washington State to just 32.6 percent shooting from the field, with just 14 made field goals. It did have a distinct edge at the free throw line, 24 of 29 attempts, but that wasn’t enough to overcome the suffocating defense of the SWAC squad.

Prairie View improved to 3-0 on the season. It will hit the road for the next month and a half, not returning to William Nicks Building until Jan. 3 when it takes on Grambling State. The win evened the six-game series between the two conferences, with the home team winning every contest. Grambling State knocked off Colorado at home on Friday, Texas Southern followed on Sunday with a win over Arizona State in Houston and now PVAMU has been added to the list.