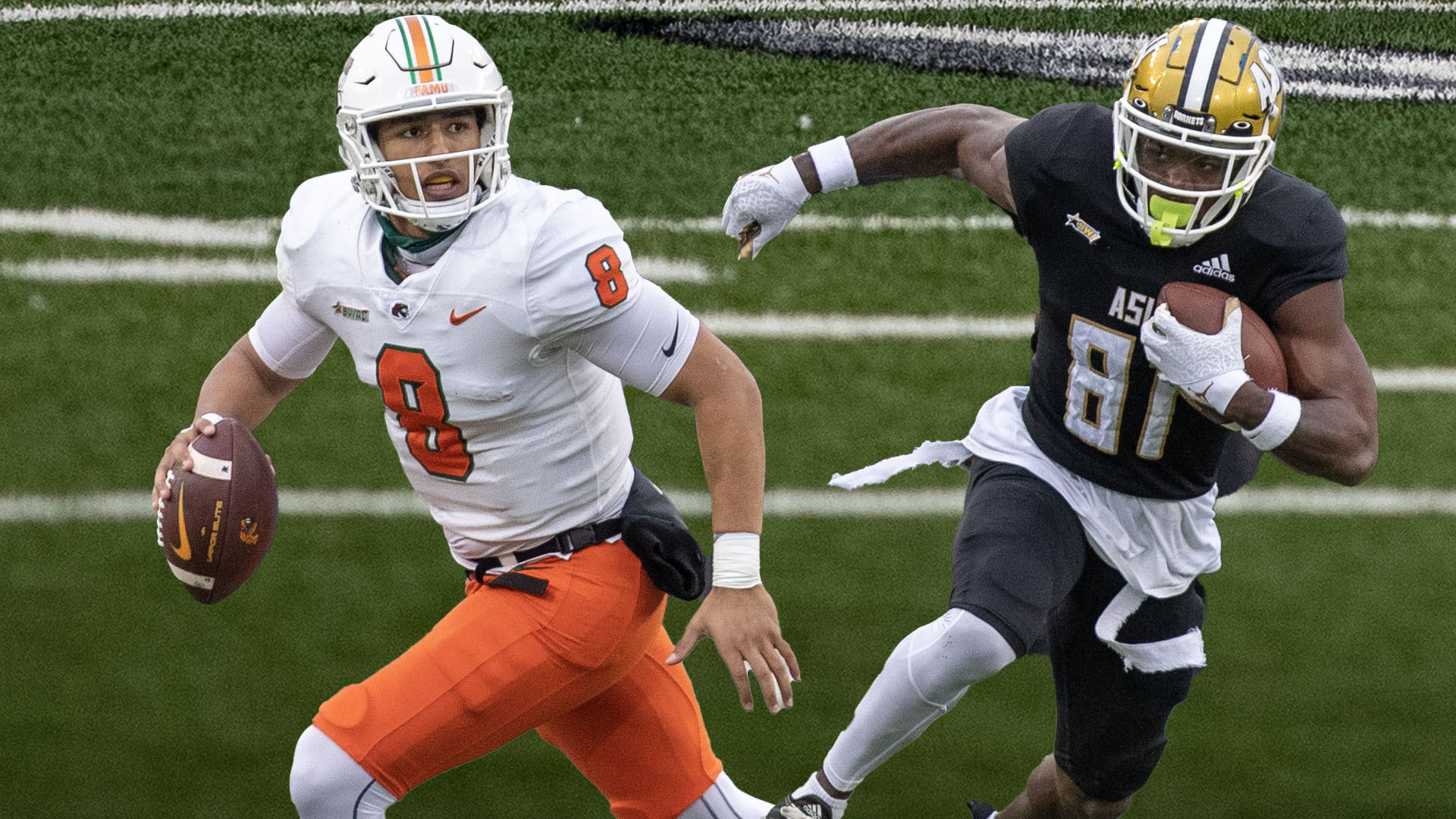 Back in the same conference once again, FAMU and Alabama State appears to be a rivalry reborn.

Florida A&M and Alabama State are separated by just 211 miles.  Meanwhile, Florida A&M’s biggest rival is Bethune-Cookman, which is in Daytona Beach, 253 miles away.

Both FAMU and ASU have their roots in the SIAC, but they have not maintained a home-and-home game over the last few decades.  Judging from the intensity, comradery and spectacle put on this weekend in Montgomery and last year in Tallahassee, this game should never go away again.

Understandably, the two were in different conferences until the Rattlers made the trek to the SWAC two years ago.  FAMU was playing in the MEAC, with most of their opponents in the northeast and eastern regions of the United States.  During that time the teams played sporadically, usually surrounded by a classic or special game of some sort.

In 2021 when ASU visited Tallahassee, thousands of fans made the short trip to support the Hornets.  The alumni were visible in their tailgates, filled the visitor’s section of the stadium and cheered on their team.  The alumni of FAMU and ASU held a joint party titled “I-10/I-85.”  The numbers symbolized the interstates that each school is close to.

Last Friday, ASU took the alumni party to a different level.  Vice President of Institutional Advancement and Executive Director of the ASU Foundation, Col. Gregory L. Clark, was behind the event.  As true HBCU connections go, he is a FAMU graduate and former FAMU National Alumni Association president.  His experiences and connections boded well for getting the two schools together.  With one of the best stadiums in FCS football, the party was held in a clubhouse of the stadium called “The Nest.”  ASU brought in a DJ from FAMU to help even out the party.  The event was packed…in fact, the event was going so well that management of “The Nest” allowed it to go an hour longer than planned.  The party was live.

Montgomery Mayor Steven Reed took in the party and stayed to the end.  FAMU President Dr. Larry Robinson and ASU President Dr. Quinton Ross both joined in the party.  With a food truck lineup and several libations (you know how we do at HBCUs), it was quite the start to the weekend.  The party was about 60/40 with ASU outnumbering the Rattlers slightly, but no one cared.  It was a bonding moment before the big battle less than 24 hours away.

On Saturday, the tailgate space was peppered with black and gold tents and orange and green tents.  A stage with an amazing singer who was belting out Betty Wright, Anita Baker and all the old school classics anchored a vendor street that is always present at HBCU football games.  It was a chance to buy ASU gear as well as FAMU gear.  Of course, those grilled turkey legs had a line down the street.  The smells of sausage and onions and frying fish and chicken wings set the atmosphere.

In pregame, it was clear that this was not just going to be a friendly game.  The ASU Hornet mascot dragged a toy rattlesnake up and down the field during warmups.  The ASU Mighty Marching Hornets band was lit in the stands while the student section riled up the fanbase.

Shortly before gametime, the FAMU Marching “100” marched into place and the FAMU student section and alumni responded like “okay, I went and got my big brother.”  The bands battled the entire game.  The Florida A&M side was literally packed to capacity as thousands of Rattlers traveled from Tallahassee and of course a large alumni base in Atlanta took buses over to Montgomery.  This made for an incredible gameday experience.

The game would be a nail-biter.  It kept every one of the nearly 20,0000 in attendance in their seats for the entire game. The halftime was HBCU magic.  There is just something about an HBCU football game where both bands perform at halftime…it’s just different than any other culture.  Every school claims their band is the best.  The reality is there’s never a scoring of the bands so in many alumni minds, their bands are undefeated.

“We played a great atmosphere game here for Military Appreciation Day and Hall of Fame.  We know everything Coach Simmons brings here as FAMU,” Robinson said. “Two great teams that went at it.  FAMU coming in on a seven-game winning streak and we had won three and it went back and forth.  When I was here we played them once in the Gulf Coast Classic in Mobile and went to Tallahassee once and I don’t think they’ve come to Montgomery with any kind of regularity.  It’s not that far of a drive and they have a lot of fans in Atlanta and surrounding areas so I think it’s just one of those natural rivalries in the SWAC east.  It’s going to be fun.”

“I think you can tell from that group behind us (FAMU fans) that this was a big-time game.  Rattler nation showed up and showed out.  It was amazing to look behind us and see a packed house.  This rivalry is one of the games we were excited about coming into the SWAC.  It’s really the closest school to us in proximity,” Simmons said.  “I think this is a game that people will look forward to for years to come.  They’re a strong football team and a strong program.  I tip my hat to the job coach Robinson has done.  This is a game that I think for years to come will be a highly-contested ballgame.”