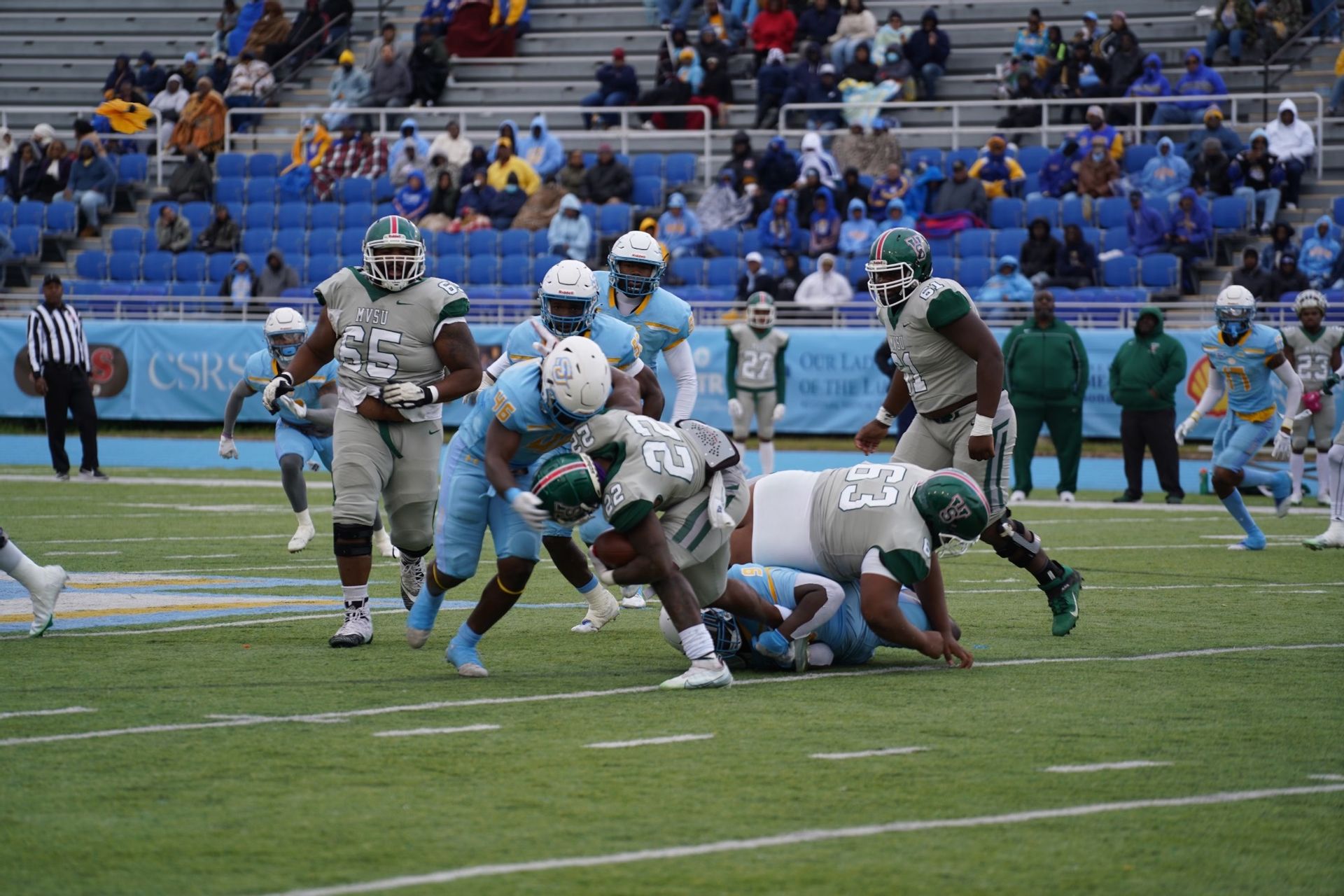 Southern extended their recent success against Mississippi Valley State University on Saturday afternoon at A.W. Mumford Stadium, taking the win by a final score of 27-7.

Southern’s Glendon McDaniel led the charge through the air. He threw for 113 yards to go along with a season-high two touchdowns. SU put an emphasis on valuing the ball, as they did not commit any turnovers all game. On top of that, Southern’s defense showed out, limiting Mississippi Valley State University to just 3.2 yards per rush and 4.6 yards per pass attempt.

Southern made up ground in the SWAC – West race with today’s win, they are now one game behind Prairie View A&M. With a bye coming up on the schedule, they’ll have an extra week of preparation for their next game against Grambling on November 26. It was a new day but the same result for Mississippi Valley State University who suffered yet another loss against Southern. Their head-to-head losing streak just keeps growing. They will look to rebound in their next game against Prairie View A&M on November 19.