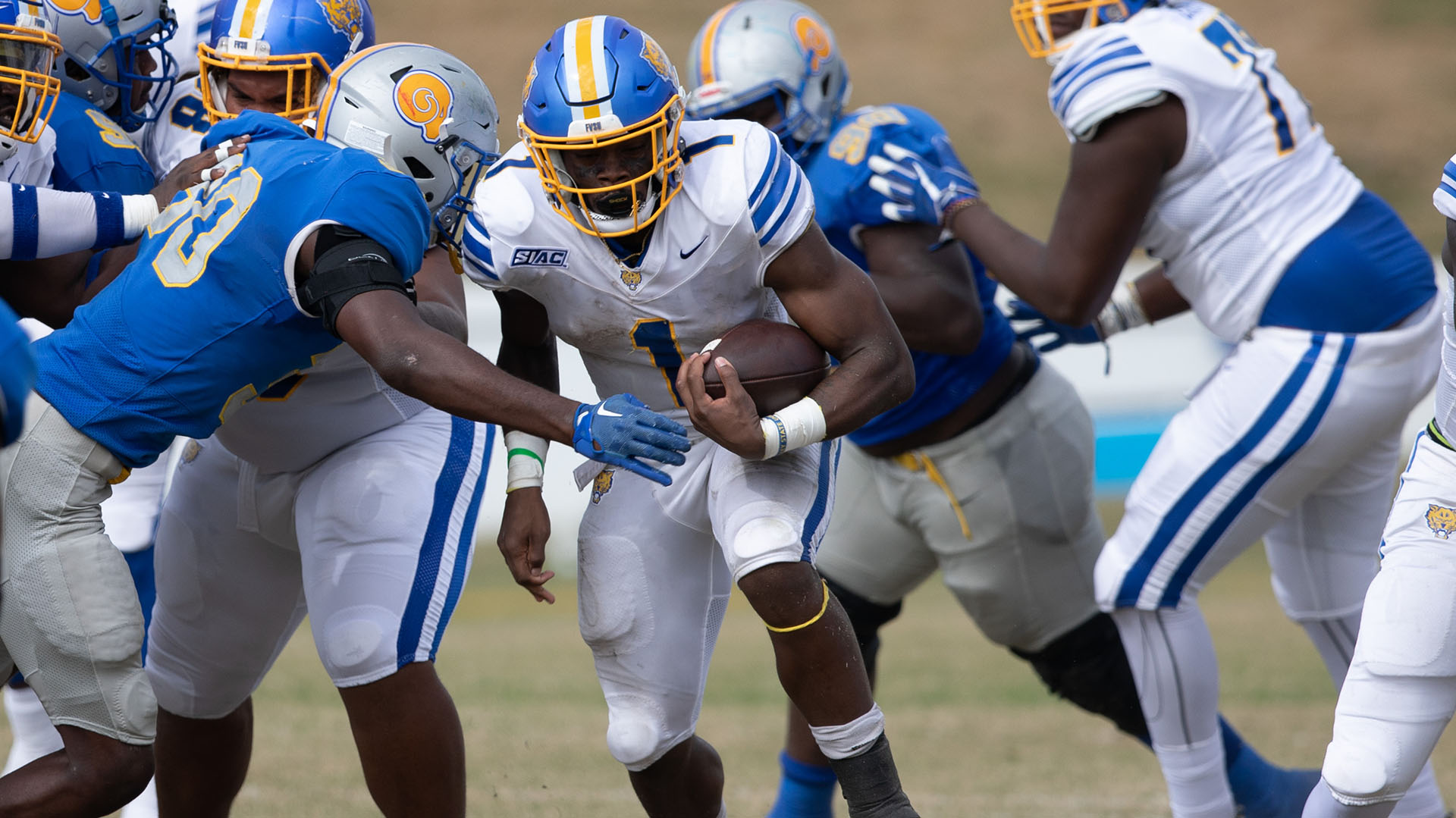 The draft stock is rising for Emanuel Wilson.

“It is something that he earned,” Fort Valley State’s head coach Shawn Gibbs told HBCU Gameday.

“He is a humble, God fearing man that is being recognized as one of the top RB’s in the country. He has the talent to play in the NFL and more importantly he has the work ethic that it takes to make it as a NFL player. We are proud of him and we know that he is going to represent FVSU and all HBCU’s the right way. I can’t wait for him to show the world what we already know. EMAN is the real deal!”

Coach Gibbs is in his first season as head coach at Fort Valley and has led the team to an 8-2 record. If anyone knows running back talent it is Gibbs and he is confident in the abilities of his star back Emanuel Wilson.

“I have been fortunate enough to coach a RB that had an opportunity in the NFL at every school that I have coached,” Coach Gibbs said.

“Greg Pruitt Jr. (NCCU), Frank Warren (Grambling), Mike Mayhew (NC A&T), Tarik Cohen (NC A&T), Jah-Maine Martin (NC A&T) and EMAN is the same as all of those guys but he is bigger than all of them. He can run the football and has excellent hands. My hope for him is that he is able to get drafted like Tarik. I think he is good enough to be drafted and If he is given an opportunity to compete with the “best” I have no doubt that he will show them that that he belongs!”