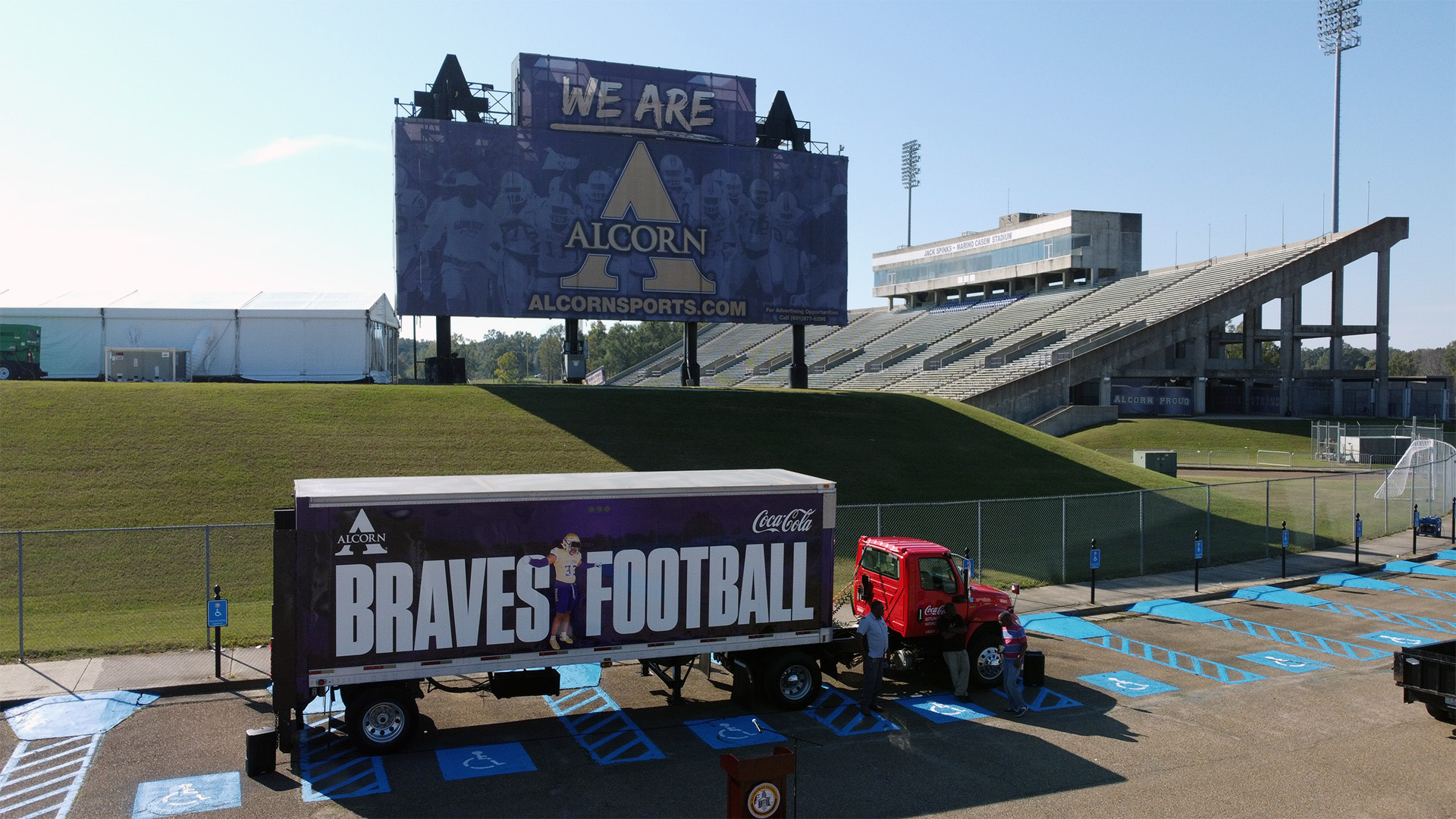 Alcorn State was presented with a new equipment truck by Coca-Cola on Wednesday.

The truck is the culmination of several discussions and a partnership stemming from Alcorn State University President Dr. Felecia Nave working with Russ Hendley (On-Premise Sales Operation Manager in the Gulf States Division) and Mario Lee (Director of Multi-Cultural Marketing and Community Affairs) of The Coca-Cola Company.

“I want to say, ‘thanks’ to our partners in Coca-Cola,” said Fred McNair, Alcorn Football Head Coach. “Now we can be identified with who we are on the road, in terms of our travel. From the standpoint of not having to rent trucks, and that now we have something of our own. We can just pick and go now.”

The truck is a full-sized, 53-foot trailer truck that can carry more than 10,000 pounds of Braves equipment. It is in essence, an equipment room on wheels.

“This is a great moment for us and Coca-Cola out of Natchez, Mississippi – Coca-Cola United,” acknowledged Russ Hendley. “We’re so very proud of our partnership with Alcorn State University. This university is our crown jewel of south Mississippi.”

The truck is wrapped with Alcorn Braves branding and serves to carry several items to and from locations around the country in games/events for which Alcorn Athletics will participate.

“This is a proud moment for Coke United,” expressed Mario Lee during his address to the audience. “Just to be able to associate a great institution such as Alcorn State University with our iconic brand of Coca-Cola…it is truly a mobile billboard that calls out Alcorn wherever you go.”

In addition to the truck, the back of the truck was filled with Coca-Cola beverages including Powerade, Dasani, Coca-Cola Energy and more.

Through its business and The Coca-Cola Foundation, the Coca-Cola Company continues to support and renew communities during challenging times, as well as employing 700,000-plus people worldwide with diverse backgrounds.

“I just want to thank Coca-Cola for what has been a tremendous partnership,” stated Dr. Nave. “It’s a relationship that, since I arrived at Alcorn State University, whenever we put in a call or request, they have answered the bill and then some.”