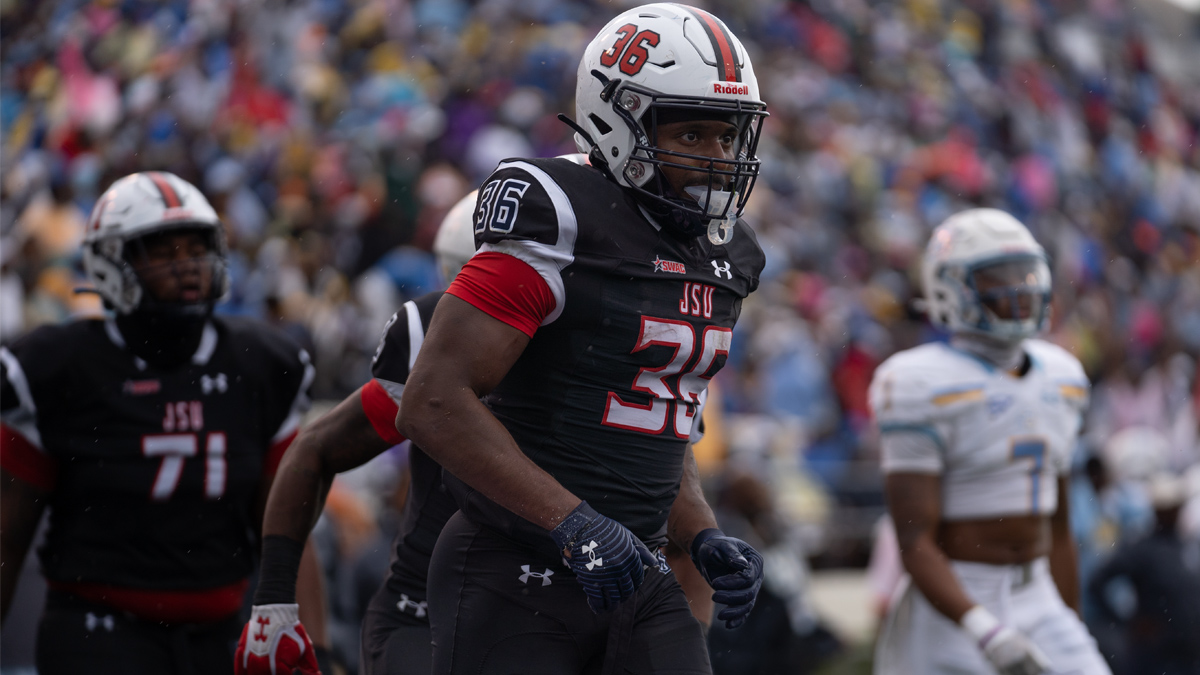 Jackson State is clicking on all cylinders and Alabama A&M is trying to stop the bleeding.

The Gulf Coast Challenge will have the attention of HBCU football fans on Saturday evening. Alabama A&M and Jackson State are set to battle in a can’t miss contest. AAMU is hoping for a better result than their last game, a 24-17 loss to Alabama State. Meanwhile, JSU enters with some momentum from it’s recent win over Texas Southern. Jackson State should enter this one with confidence, as they came away with a 61-15 victory when these teams last met in 2021.

The Bulldogs’ squad has had its fair share of struggles on both offense and defense. Their defense has been allowing 380 yards per game to opposing offenses, while Alabama A&M’s own offense has only been able to muster an average of 356 yards per outing. Its secondary has really struggled. Opposing quarterbacks have averaged 7.5 yards per pass attempt this season.

Tailback Donovan Eaglin will be leading Alabama A&M in this one. Eaglin has rushed for 594 yards this season, scoring five touchdowns on the ground.

Alabama A&M has a rush-heavy offense, with a 55-45 rush-pass play selection split.

The Bulldogs’ record sits at 2-1 for their last three games, allowing over 20 points in each of those matchups. They are looking for their first neutral site win this season, as they are currently 0-1 at neutral sites. Alabama A&M is 3-2 in Division I HBCU games, averaging 30 points per game in such games.

Jackson State is clearly the elite of the SWAC – East, going 6-0 in divisional play so far this year. A win against AAMU or a FAMU loss will seal the division title. JSU is putting up an average of five touchdowns and 40 points per contest. Jackson State’s defense has been a force this season, only conceding an average of nine points per game.

Sy’veon Wilkerson gears up after an impressive performance in Jackson State’s last game. Wilkerson rushed for 214 yards and two touchdowns in the team’s win.

The Tigers’ record sits at 3-0 for their last three games, scoring 35 points or better in each of those match ups.‐They’ve had good luck at neutral sites this season, as their current neutral site record sits at 3-0. Jackson State is looking to remain undefeated in Division I HBCU games this year, as they are currently 7-0 in such games.