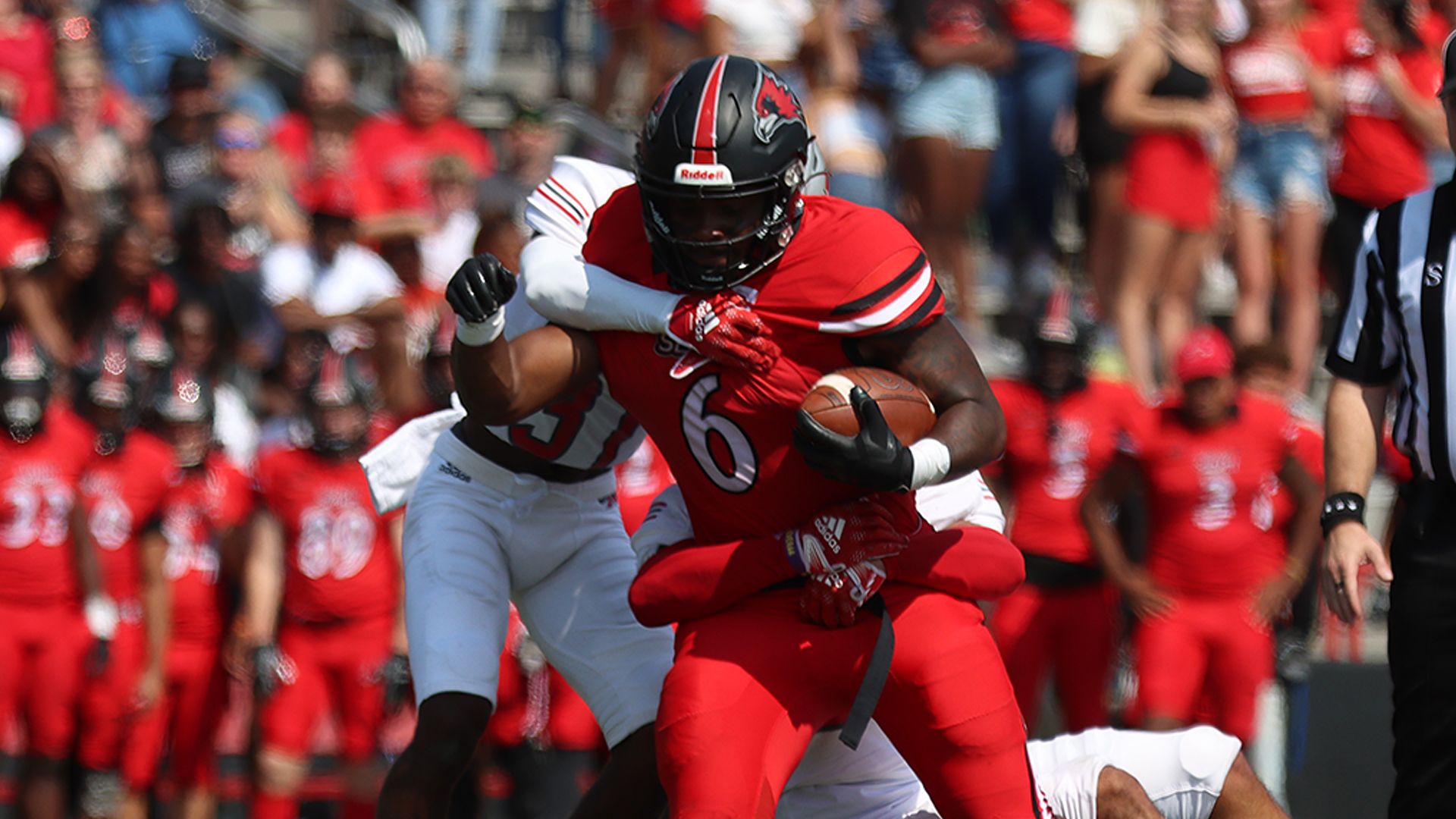 Southeast Missouri State was dominant on Saturday evening at Nissan Stadium, blanking the Tennessee State offense on the way to a 42-0 rout.

Geno Hess led Southeast Missouri  State in this one, scoring three touchdowns on the ground. The Redhawks put an emphasis on valuing the ball, as they did not commit any turnovers all game. On top of that, the Redhawks’ secondary was locked in. They held Tennessee State to just 3.0 yards per pass attempt.

Tennessee State’s kicking game was shaky, missing two field goals during the loss. On top of that, Tennessee State’s defense couldn’t handle the Redhawks’ running game, giving up 7.2 yards per carry. Devon Starling led the rushing attack for the Tigers with 64 yards.

The race for the top spot in the Ohio Valley Conference continues to tighten up after today’s win by the Redhawks. They are within striking distance of first place heading into their next game. For Tennessee State, it was a different year but the same result. They continue to stumble when Southeast Missouri State is on its schedule. Their losing streak in this matchup continues to grow. We’ll have to wait until November 12 to see how each team responds. It’s time to go on the road next for the Redhawks. They will face Eastern Illinois who is struggling right now record wise, but might get a slight bump from being the home team. While Tennessee State will look for relief when University of Tennessee Martin comes to Nashville.