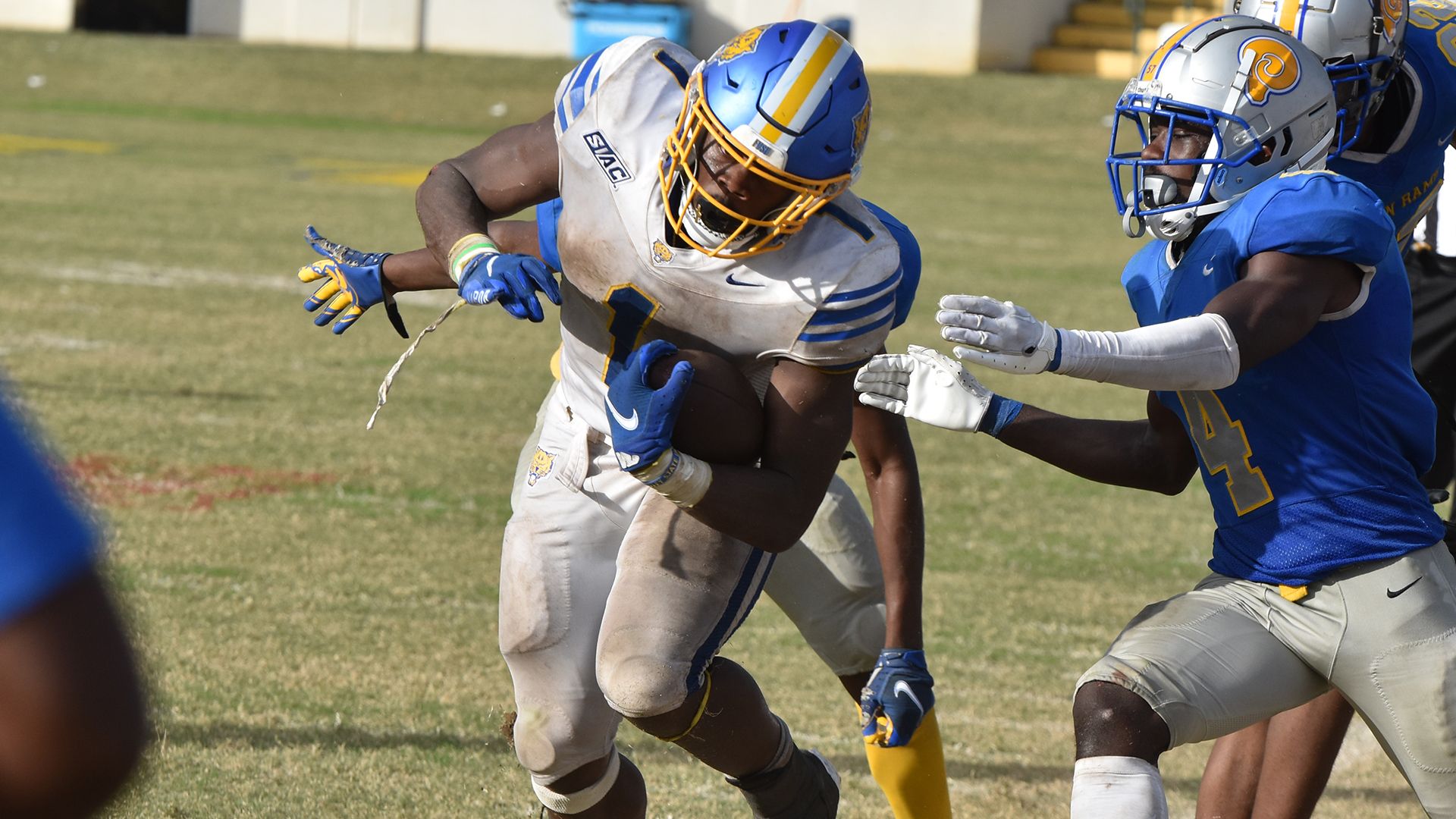 The Wildcats ran all over the Golden Rams.

The Fort Valley State University Wildcats upset the Albany State Golden Rams in the 32nd annual Fountain City Classic. The Wildcats got the 31-21 win by dominating the Golden Rams on the ground.

Fort Valley rushed for over 200 yards on 35 attempts. This averaged out to almost six yards per carry. Emmanuel Wilson was the leading rusher of the game with 221 net yards on the ground. His longest run was a 41 yard burst and he scored all three rushing yards for the Wildcats today. Having the run going to well allowed for things to open up beautifully for Fort Valley’s offense. FVSU’s quarterback Kelvin Durham was able to pass for 198 yards with a 71% completion rate. Durham also scored a touchdown through the air.

While the FVSU Wildcats were having their way with the run game, the Albany State Golden Rams struggled severely. Albany State was only able to muster up a net of 86 rushing yards.

Fort Valley scored the first points of the game late in the first quarter. Emanuel Wilson found the end zone on a 3-yard run to go up 7-0. The Wildcats got on the board again early in the second quarter on a 10-yard touchdown pass from Durham to Hakeem Ellington to go up 14-0. The Golden Rams would go on to score on a 21 yd pass from Jhaydon Sullivan to Ralph Lovett on the next drive for their first points of the game.