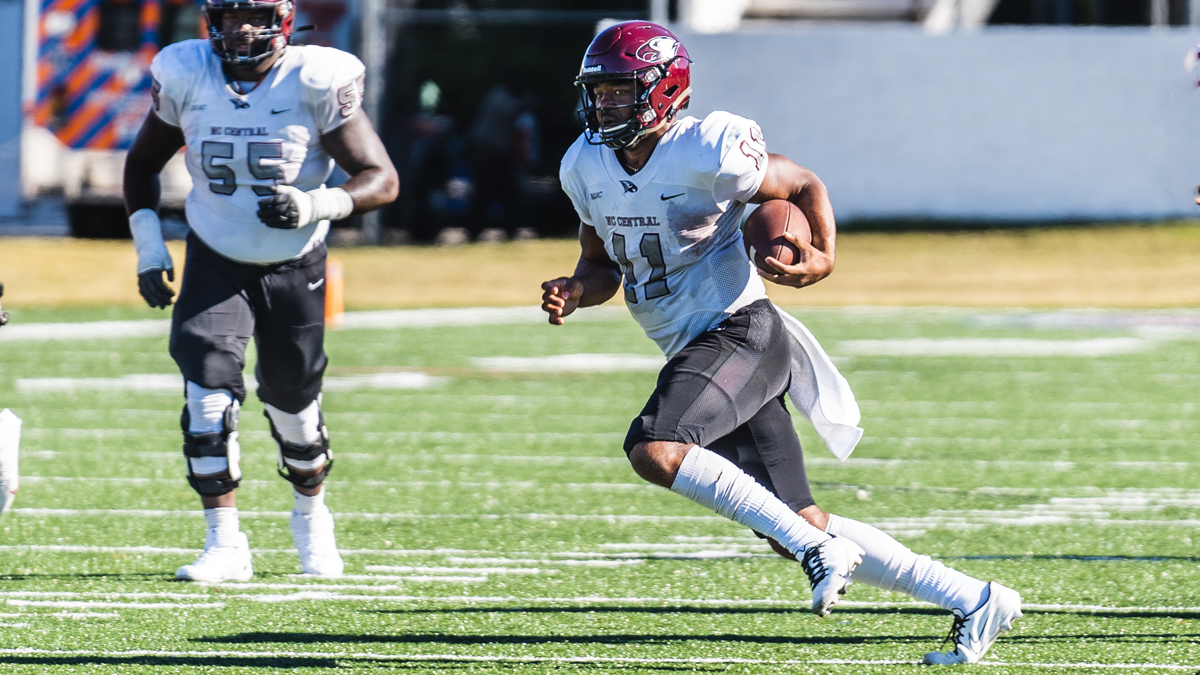 North Carolina Central had no shortage of explosiveness in this one, overpowering Howard Saturday afternoon.

North Carolina Central had no shortage of explosiveness in this one, overpowering Howard with a final score of 50-21 on Saturday afternoon.

Davius Richard’s played a well-rounded game to keep defenders on their toes, throwing for 281 yards and rushing for 104 more. The Eagles put an emphasis on valuing the ball, as they did not commit any turnovers all game. The extra care paid off, as the Eagle’s offense was able to sustain drives and amass 497 total yards.

Howard’s pass defense was a key component to their struggles against the Eagles. They allowed 13.4 yards per pass attempt. Beyond that, there weren’t many glaring errors in their afternoon, but they just could not maintain pace with the high-scoring North Carolina Central offense. No one can fault the effort of Kasey Hawthorne, though. He collected one touchdown on the ground.

North Carolina Central made up ground in the MEAC race with today’s win, they are now 0.5 games behind Howard. Next weekend’s road game could be a good opportunity for a win. Norfolk State has a losing record, which may be favorable, but it offers no guarantees. It was a new day but the same result for Howard who suffered yet another loss against North Carolina Central. Their head-to-head losing streak just keeps growing. Their fortunes might turn next weekend as they welcome a struggling South Carolina State to Greene Stadium.