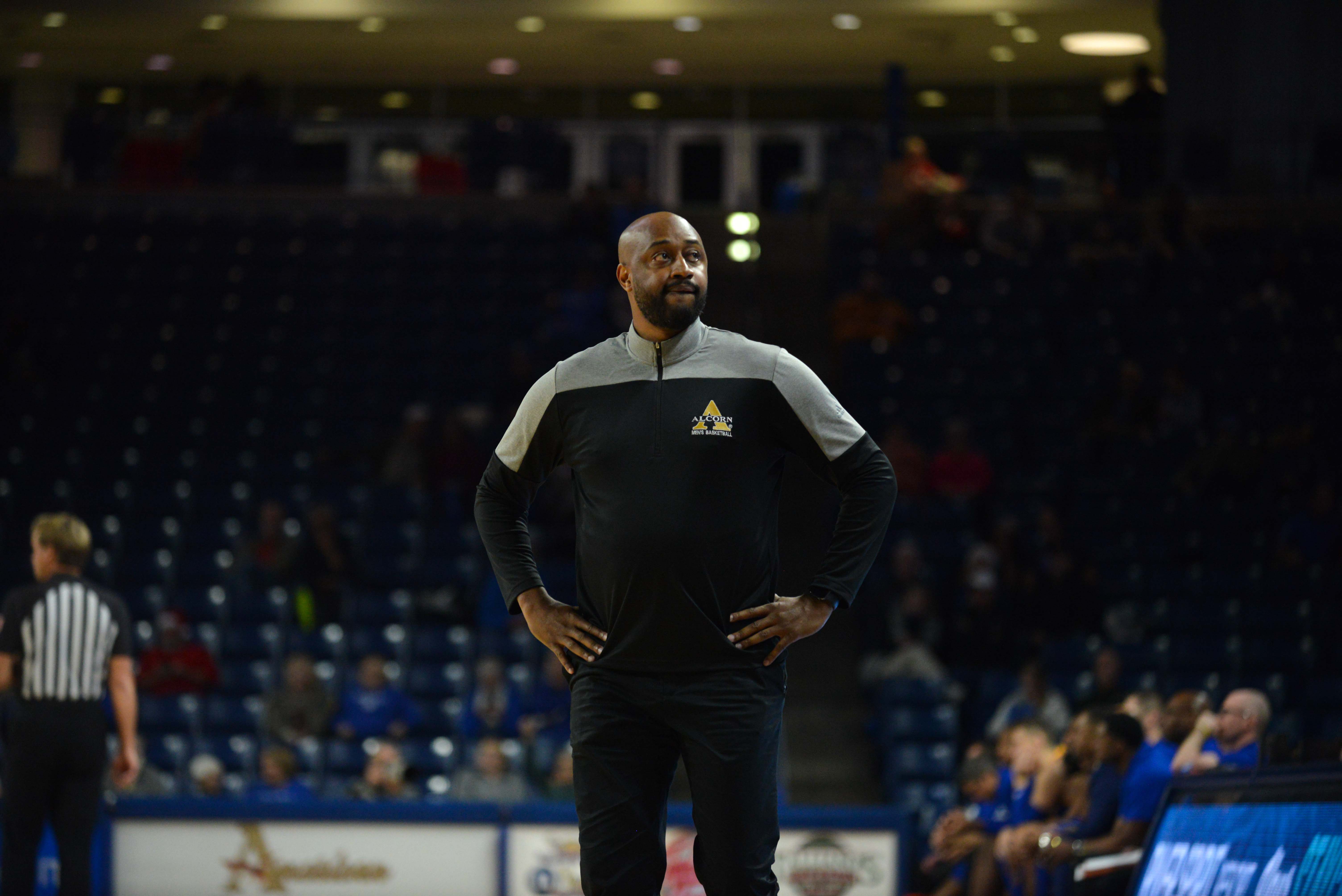 Alcorn State has locked down Landon Bussie for an extension after leading the program to a SWAC title last year.

With the 2022-23 athletic season rapidly approaching, Alcorn State was keen on keeping one of its most successful coaches from the 2021-22 campaign across all sports for the Braves. The new contract extends the reigning Southwestern Athletic Conference (SWAC) Coach of the Year through 2026.

“I’m humbled and honored to have the continued support of our university president, as well as our director of athletics,” expressed Bussie. “They believe in me, as well as in my vision and the goals I must help lead the men’s basketball program into the future here at Alcorn State University. I’m ever so grateful for that.

“This shows the commitment they’ve made to me and the men’s basketball program. Hopefully, we can continue to have success in leading the program, and we can make all our administration, student-athletes and alumni proud of the work we do here each and every day. I’m excited about where we’re going, and I’m happy to be a Brave.”

During the 2021-22 Braves Men’s Basketball season, Alcorn State captured its first regular season title in 20 years, officially lifting the trophy at the Davey L. Whitney Complex upon defeating Arkansas-Pine Bluff to conclude the home season for the Purple and Gold.

“It’s important to hold on to talented coaches, especially when they’re the caliber of Landon Bussie,” commented Raynoid Dedeaux. “Coach Bussie upholds all the values Alcorn State University holds dear as an institution, and he has proven himself to be a great leader, molding our young student-athletes into better men on and off the court. For us, this was important to show our appreciation not only for his recent success, but the success we are sure will continue under his leadership in the future.”

The Braves ended last season with a record of 17-17 (14-4 SWAC), advancing to the postseason with an automatic berth in the National Invitational Tournament (NIT). Along the way, Alcorn State racked up wins in 10 of 11 games entering the SWAC Tournament final. The Braves traveled to Texas A&M for the opening round of the NIT, eventually falling to the Aggies. Additionally, the 17 wins collected on the campaign was the most for the program since the 2016-17 season where the Braves won 18 games under former coach Montez Robinson. Meanwhile, the 14 conference wins represented the most league victories for Alcorn State since the 2001-02 campaign, when the Braves amassed 16 SWAC wins under legendary head coach Davey L. Whitney, going on to claim the league’s regular season title that same year.

Bussie first arrived at Alcorn State in April 2020, where he spent the previous six seasons as an assistant for the men’s hoops program at fellow SWAC member Prairie View A&M. At Prairie View A&M, he was a part of a Panthers squad that won consecutive SWAC regular season championships in 2018-19 and 2019-20, respectfully. Prairie View A&M won the 2018-19 SWAC Tournament Championship, advancing to the NCAA Tournament. The Panthers were the top overall seed again in 2019-20, reaching the semifinals before the season was called off due to the worldwide COVID-19 pandemic.

Prior to his time in Prairie View, Texas, Bussie spent four seasons at Xavier (La.) University. During his time in New Orleans, Xavier put together a string of winning three consecutive Gulf Coast Athletic Conference regular season titles on the bounce (2012-14), while making four consecutive appearances in the NAIA Tournament (2011-14).

Landon Bussie is a 2010 graduate of Xavier (La.), earning a Bachelor’s Degree in Psychology, before going on to achieve his Master’s Degree in educational Leadership in 2014. He was also a two-year standout student-athlete for the Gold Rush after he transferred from Livingstone College in North Carolina, where he spent his first two seasons.