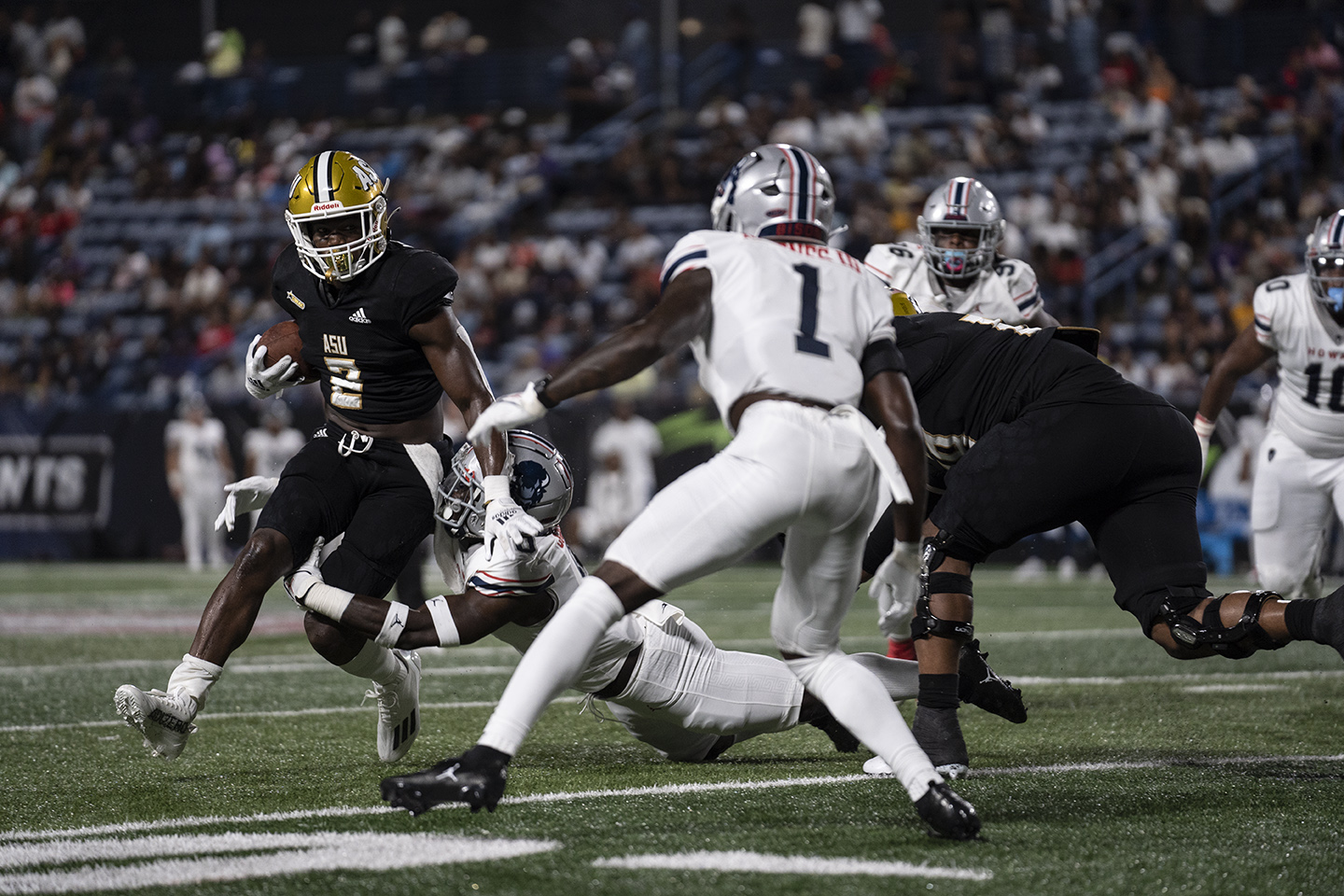 Magic City Classic: Behind the numbers for Alabama A&M-Alabama State

Rivals meet again on Saturday afternoon in the Magic City Classic in Birmingham, AL. No love is ever lost when Alabama A&M and Alabama State meet. Both teams are coming off wins two weeks ago before sitting out with a bye last week. AAMU beat Arkansas-Pine Bluff in a 34-31 contest, while Bama St. defeated Mississippi Valley State University. These teams last met in 2021. Alabama A&M came out on top in that one by a score of 42-28.

Tailback Donovan Eaglin will be leading the way for Alabama A&M. Eaglin arrives having rushed for at least 100 yards in the last three games.

Despite Eaglin’s gaudy stats, Alabama A&M has a committee rushing offense. No one player has taken more than 33 percent of its rush attempts.

Alabama A&M went 7-3 in 2021. This is their first neutral site game this year, but they went 2-0 in 2021, winning the Gulf Coast Challenge against Tuskegee as well as the Magic City Classic. More importantly, Alabama A&M has won four straight match ups against Alabama State since Oct 27, 2018.

Tailback Santo Dunn will be leading Alabama State in this one. Dunn has collected 266 rush yards this season, scoring one touchdown on the ground.

Alabama State has a rush-heavy offense, with a 58-42 rush-pass play selection split.

Magic City Classic: Behind the numbers for Alabama A&M-Alabama State