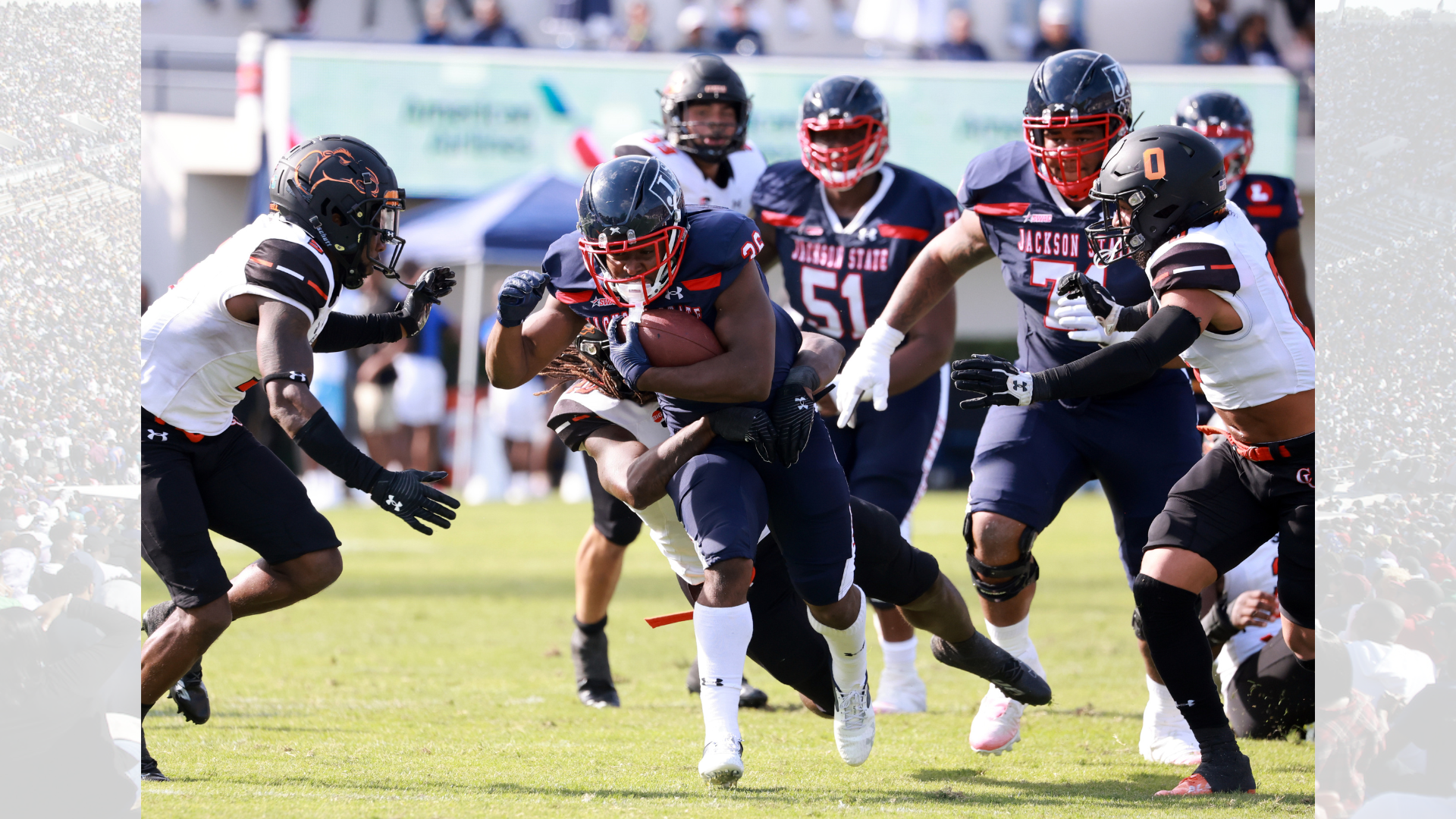 Jackson State defended their home field on Saturday afternoon, defeating Campbell by a final score of 22-14.

Hajj-Malik Williams rushed for one touchdown on the ground to lead the way for Campbell. The Fighting Camels’ secondary was a different story, allowing JSU’s offense to rack up 7.5 yards per pass attempt. They also struggled to put together long drives, opting for six punts on the afternoon.

Jackson State remains in first place in the SWAC – East after today’s win. Campbell was cooled off this week after seeing its three game win streak snapped. Each team will get their next chance on October 29. JSU will have a tough matchup at home next weekend, taking on Southern the no. 2 ranked HBCU team at this point in the season. The Fighting Camels will need to hit the road for their next chance at a win, a matchup with North Carolina A&T.