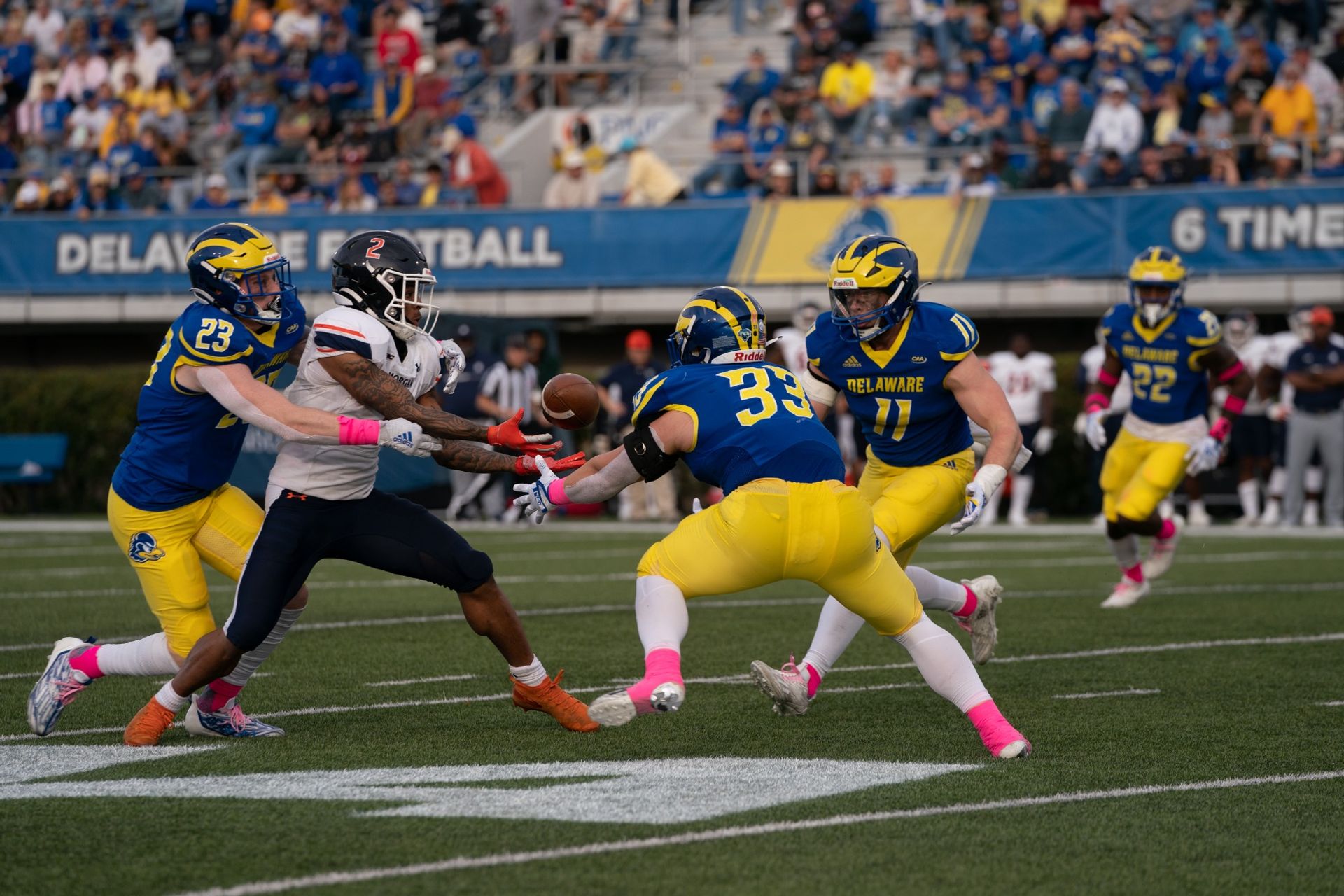 Delaware and Morgan State battled in a competitive first half on Saturday afternoon before the Blue Hens pulled away in the second half.

Delaware and Morgan State battled in a competitive first half on Saturday afternoon before the Blue Hens pulled away in the second half to take the 38-7 victory.

Nolan Henderson racked up a game-high 206 yards through the air in the Delaware victory. Extra possessions were a big factor in the Blue Hens’ success, they won the turnover battle 4-1. On top of that, Delaware’s defense showed out, limiting Morgan State to just 2.6 yards per rush and 3.1 yards per pass attempt.

Morgan State could not contain Delaware’s pass rush, giving up four sacks. They also had trouble holding on to the ball, giving up four turnovers on the afternoon. Alfonzo Graham was a noticeable bright spot. He rushed for 83 yards and one touchdown to lead Morgan State in the loss.

Delaware improves their record to 6-1 with the win. The Blue Hens will hit the road for their next test, an October 29 matchup against Elon. Unfortunately for Morgan State, they couldn’t turn things around in this one. Their losing streak now stands at three games. Their fortunes might turn next weekend as they welcome a struggling South Carolina State to Hughes Memorial Stadium.