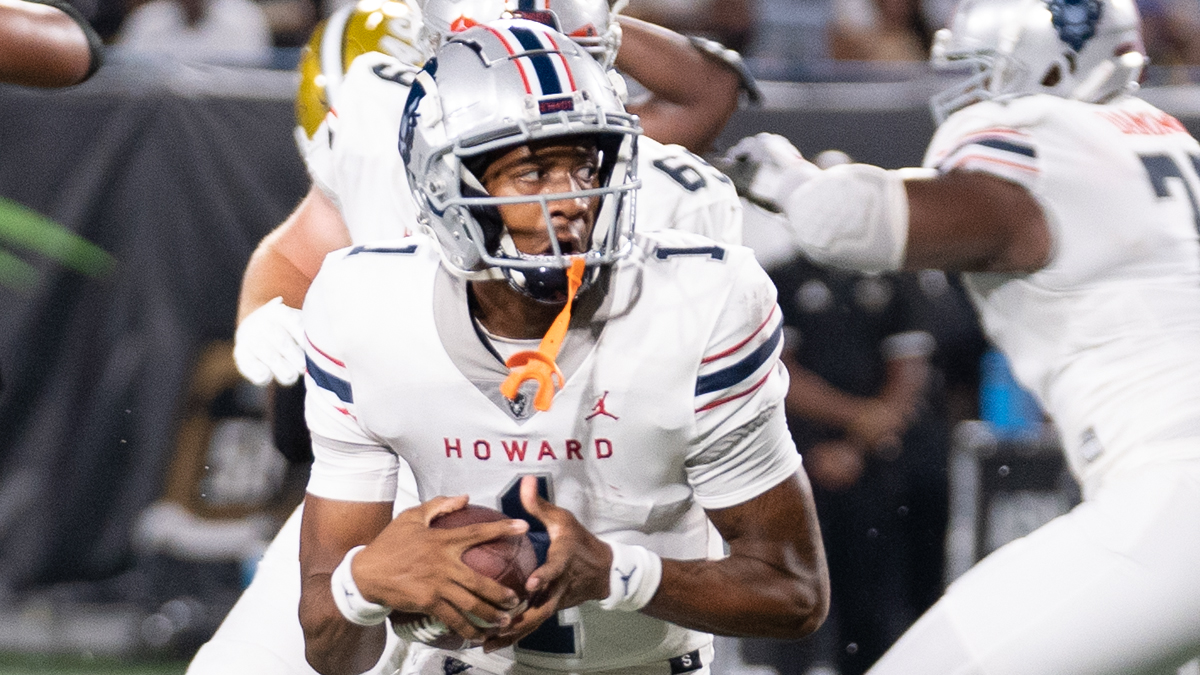 Howard homecoming is always a spectacle, but its even better when the football team wins. Saturday in DC, HU took care of business against Delaware State in its MEAC opener, winning 35-17.

Quinton Williams led the way for the Bison, showcasing his versatility in front of the Howard homecoming crowd. He threw for two touchdowns while rushing for another to wreak havoc on Delaware State’s defense. The team’s offense was firing on all cylinders, accumulating 376 total yards. On top of that, Howard’s secondary locked in. It held Delaware State to just 5.0 yards per pass attempt.

Delaware State could not contain Howard’s pass rush, giving up four sacks. Losing 90 yards to penalties certainly also played a role in their struggles. Marquis Gillis was a noticeable bright spot. He rushed for 87 yards and one touchdown to lead Delaware State in the loss.

Howard University snapped a two-game losing streak with today’s win. Can the good fortunes continue pushing ahead to next week’s game? Delaware State was cooled off this week after seeing its two-game win streak snapped. We’ll have to wait until Oct. 29 to see how each team responds. It’s time to go on the road next for HU. It will face Norfolk State who is struggling right now record-wise, but might get a slight bump from being the home team.

Del State will have to turn up the intensity next weekend as they prepare to host North Carolina Central, the No. 3 team in our HBCU rankings.