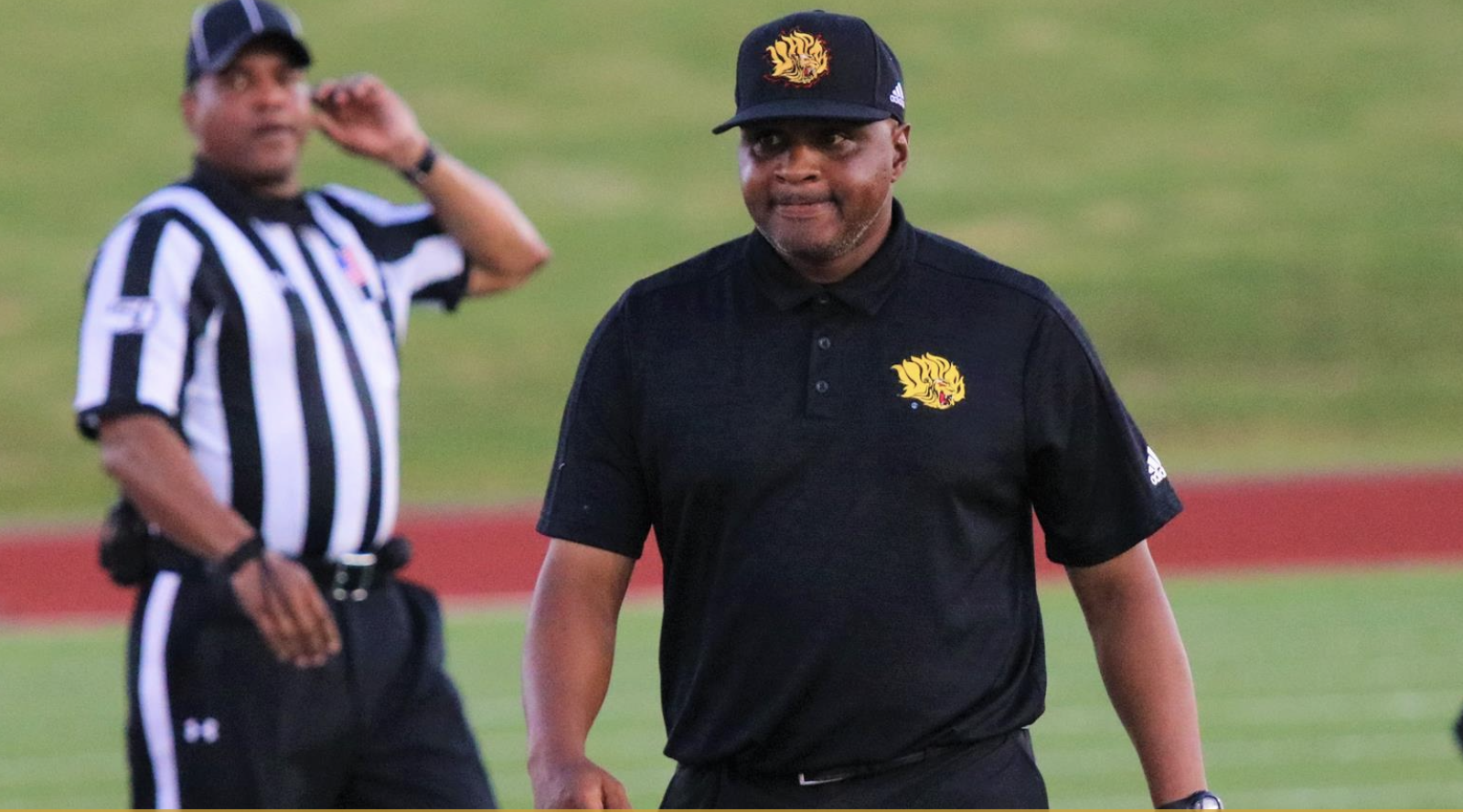 Less than 18 months after leading UAPB to the SWAC Championship Game, Doc Gamble is out as head coach.

A year-and-a-half after Doc Gamble led UAPB to the SWAC Championship Game, the administration appears to be showing him the door.

Arkansas-Pine Bluff has parted ways with Gamble. The news was first reported by Football Scoop, and the school later confirmed it with an announcement.

“We appreciate everything that Doc Gamble did for the program and we wish him the best with his future endeavors, said Robinson.”

Doc Gamble went 8-15 at UAPB, with just one full season at the helm after taking over for Cedric Thomas. UAPB went 4-1 during the abbreviated spring football season of 2021, winning the SWAC Western Division and earning a spot in the championship game.

UAPB Offensive Coordinator/ Wide Receiver coach Don Treadwell will serve as the interim coach for the remainder of the season.

Treadwell brings more than 30 years of college coaching experience to the Golden Lions program, all on offense. His affiliated teams have made four playoff appearances at the FCS level, played in 10 FBS bowl games, and won an FCS National Championship at Michigan St.

The championship led Treadwell back to his alma mater, Miami, Ohio, where he served as head coach (2011-13). He then moved to Kent State as running backs coach (2014), and later transitioned to offensive coordinator / quarterbacks coach (2015-17).

Treadwell has also served as offensive coordinator / wide receivers coach at Ball State (2003), and later at Cincinnati (2004-06). Treadwell also was selected for the NFL’s Minority Fellowship Program with the San Francisco 49ers (1989, 1990).

“We will strive to continue to develop our current student-athletes and further enhance our program, pushing us into contention for SWAC titles,” said Robinson.