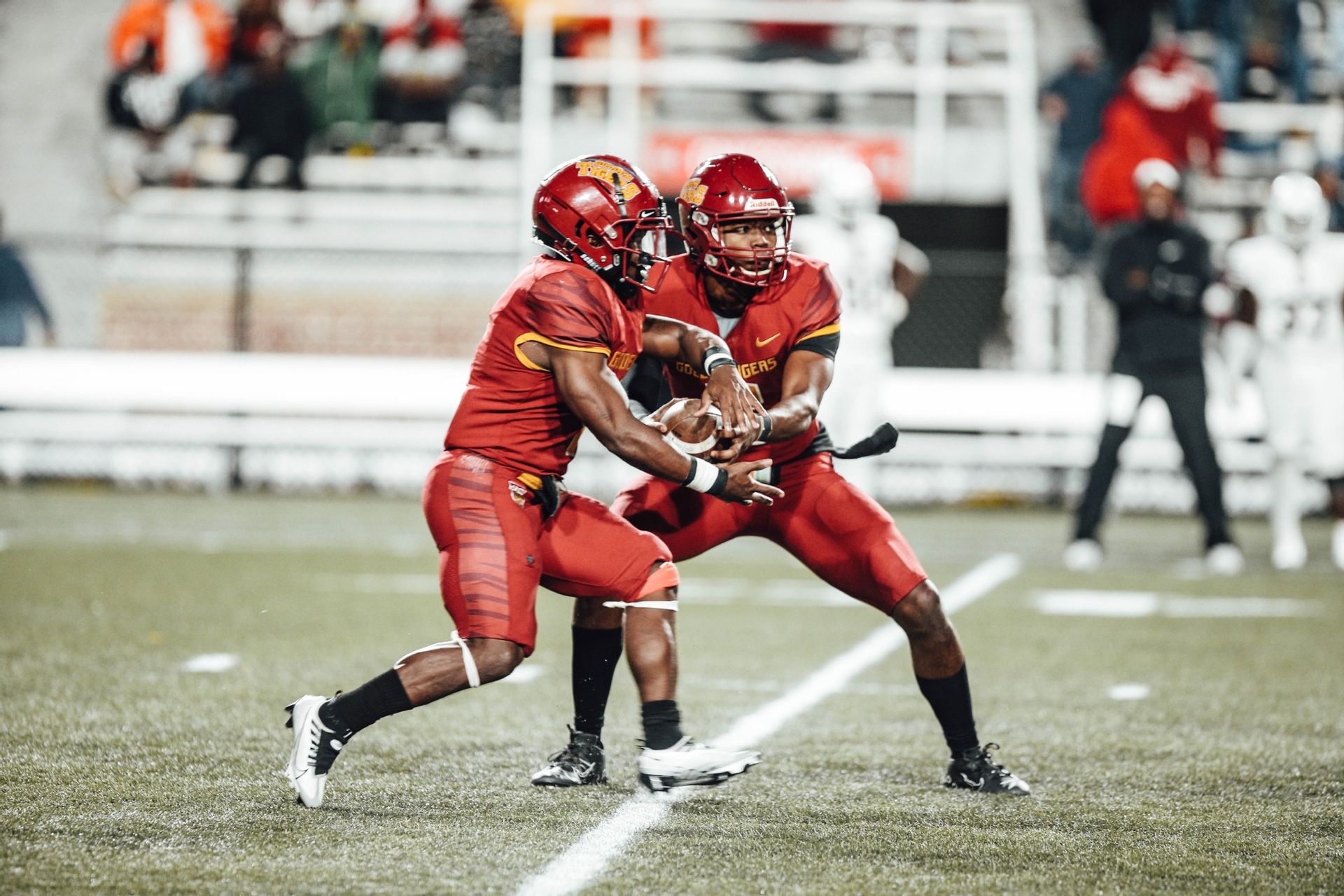 How two HBCU football programs combined for 1,200-plus yards

No HBCU football program has won more games than Tuskegee University. And it’s pretty likely that none of its 700-plus wins came when it allowed 700-plus yards.

Tuskegee came away with a 49-34 win over SIAC rival Central State at the Cramton Bowl on Saturday. The two teams combined for a total of 1,252 yards of total offense on 154 plays for an average of 8.12 yards per play.

Here are some stats from an offensive display of offense that we don’t often see in HBCU football.

Tuskegee did its damage on the ground, rushing 50 times for 434 yards and averaging a staggering 8.7 yards per rush. It scored all seven of its touchdowns on the ground.

Taurean Taylor rushed for 232 yards and four touchdowns, including a 93-yarder to clinch the game in the fourth quarter. He averaged 11 yards per rush.

Donte Edwards also had a big day on the ground, rushing for 142 yards and two touchdowns on 17 attempts.

Quarterback Bryson Williams added 60 yards on the ground to go with his 106 yards passing.

Central State put up a staggering 712 yards on the day, the majority of them through the air.

CSU quarterbacks Brandon Kyles and Kendall Boney combined to complete 31 of their 50 attempts for 501 yards. They threw four touchdown passes, two of them to Brandon Brock.

Brock had a huge day as well, catching 11 passes for 162 yards to go along with his two scores.

Twon Hines caught five passes for 112 yards and a score.

Tuskegee continues to roll as it improved to 5-2 overall, 4-0 in the SIAC.

How two HBCU football programs combined for 1,200-plus yards

332
The Latest in HBCU Sports and Culture