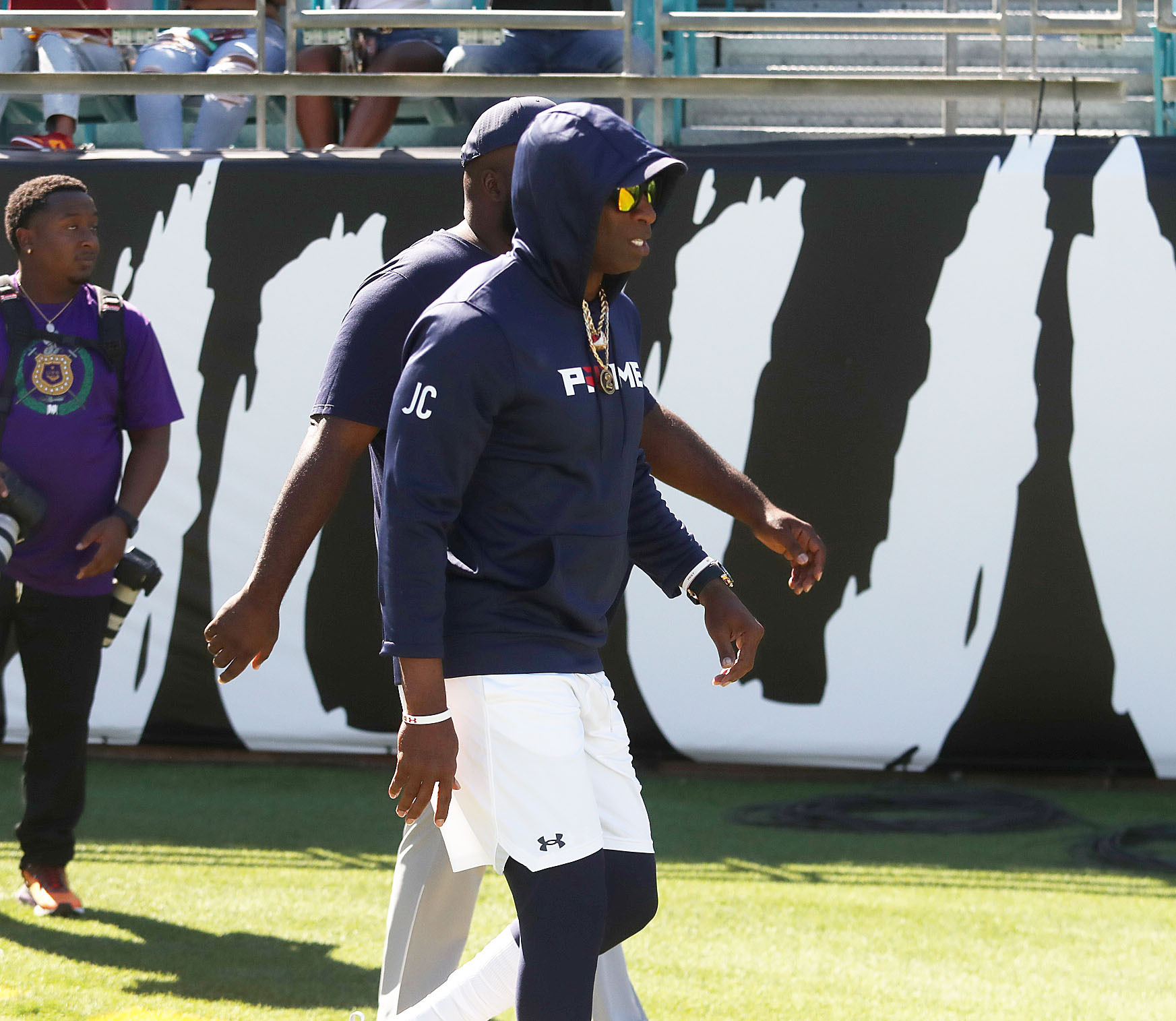 Deion Sanders explains why Shedeur Sanders stayed in during blowout

Shedeur Sanders stayed in the game well into the fourth quarter. Here’s why.

Deion Sanders was asked why he kept Shedeur Sanders in during the fourth quarter of a game in which Jackson State led by 34 with under five minutes remaining. Specifically, “Coach Prime” was asked if he feared his son and starting quarterback would be injured.

“Whatever you fear usually happens or overtakes you. We don’t fear. We fear the Lord. We don’t fear man. We don’t function like that. We go hard,” Sanders said. “We wanted to end on a positive note — that’s the only reason we kept him in that long after throwing a couple of picks, we wanted to end on a touchdown drive. Then we got him right out after that. That was more for him mentally, so we could get on a plan and I’m not looking at him crazy because he sits right by me.”

The final touchdown pass — a seven-yarder to Shane Hooks — was Sanders’ fifth on the day and 22nd of the year. But he also threw two interceptions — his third and fourth of the season — after coming into the game with just two interceptions as JSU won 48-8.

“That’s not who he is,” Deion Sanders told the media after the game. “When he elongates the play and not get the ball out of his hands — he made a couple mistakes today. That’s not Shedeur.”

For the first time since the Celebration Bowl, Shedeur Sanders had his brother Shilo back on the field with him. The former South Carolina safety saw his first action since last year’s Celebration Bowl after dealing with a knee injury in the offseason and the first half of the season.

“He’s been getting on my nerves the last several weeks at practice. But he’s been working his butt off,” Deion Sanders said. “I told him he wasn’t ready last week. Today, he got in and contributed so he can get back to being the old Shilo and a starter. “

“We’re missing two guys like that in the secondary we’ve still been pretty successful. You figure Shilo, that’s all-SWAC player or whatever you call it. Then you got Travis Hunter, not even in the starting lineup on defense. Then you’ve got Tru Thompson from Florida State that hadn’t played as well. So that’s three starters on the defense and we have a pretty dominant defense that’s going to help us out a lot.”

Deion Sanders explains why Shedeur Sanders stayed in during blowout