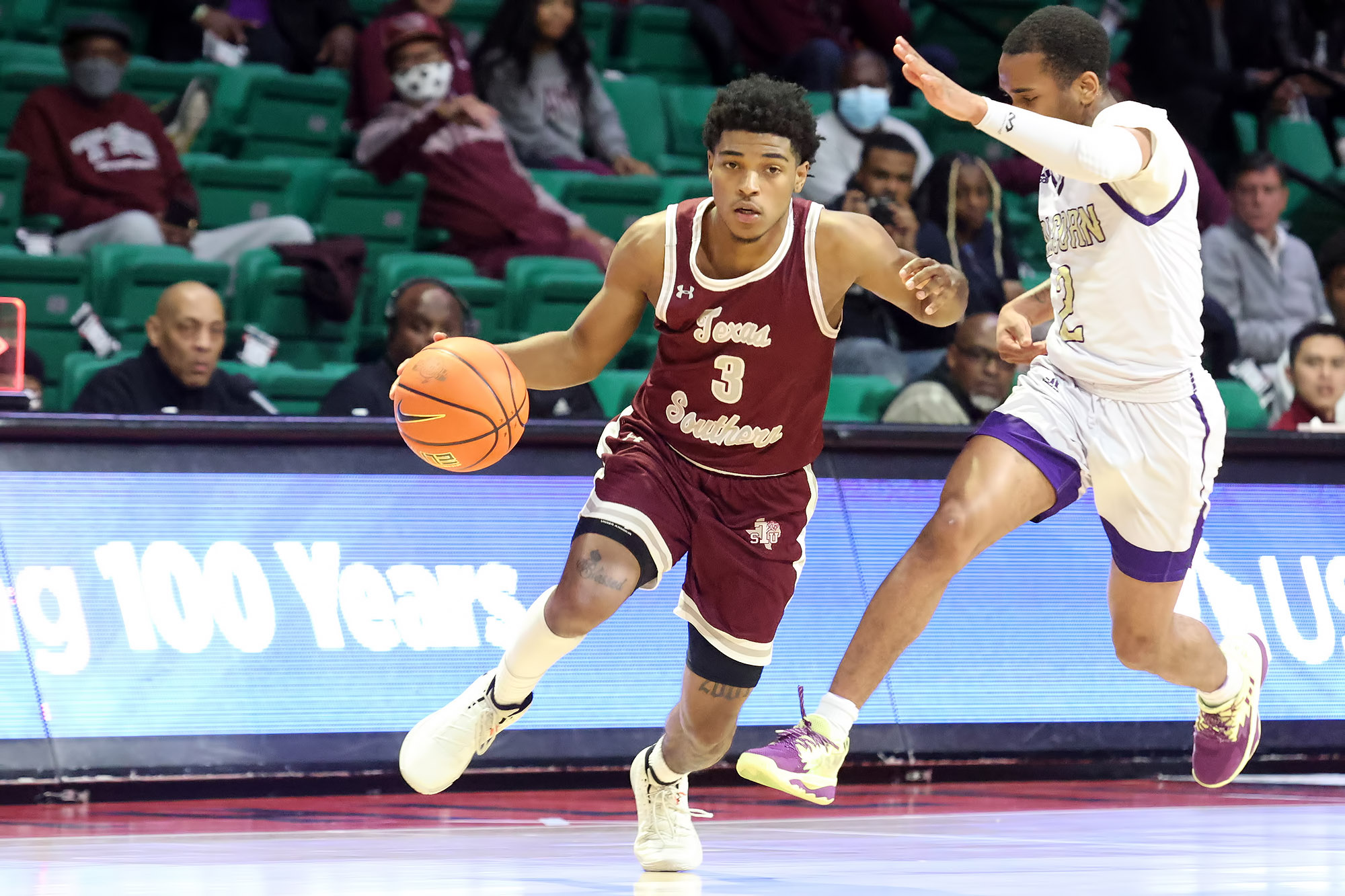 Texas Southern, last season’s SWAC basketball tournament winner, is expected to be the cream of the crop in 2022-2023.

BIRMINGHAM, Ala.- The Southwestern Athletic Conference announced its 2022-23 Men’s Basketball Predicted Order of Finish and Preseason All-SWAC teams and individual award winners during the league’s virtual media day event on Friday morning. The all-conference honors and preseason poll was voted on by the league’s head coaches and sports information directors.

Texas Southern was tabbed as the favorite heading into the 2022-23 season. The Tigers were followed by Alcorn State (2nd), Southern (3rd), Prairie View A&M (4th) and Florida A&M (5th) to round out the top five preseason poll selections.

French finished the season fourth in the SWAC in scoring, averaging 15.7 points per game. He shot 45.3 percent from the field ranking sixth-best in the conference. Most impressively, he shot 44.1 percent from behind the arc for the season which was the highest mark in the SWAC. French remained efficient despite attempting the second most three-pointers per game in the conference at 170 while making 75 of those attempts.

Nicholas ranked second on the team with 9.0 points per game to go along with 6.1 rebounds. He was a key contributor for a Texas Southern team that would claim the 2022 SWAC Men’s Basketball Tournament Title. Nicholas was named SWAC Impact Player of the Week (Dec. 9) after posting impressive performances during non-conference play. He contributed eleven points for the Tigers during the 2022 SWAC Tournament Championship game.

The complete list preseason poll rankings and all-conference selections and individual awards winners is listed below.