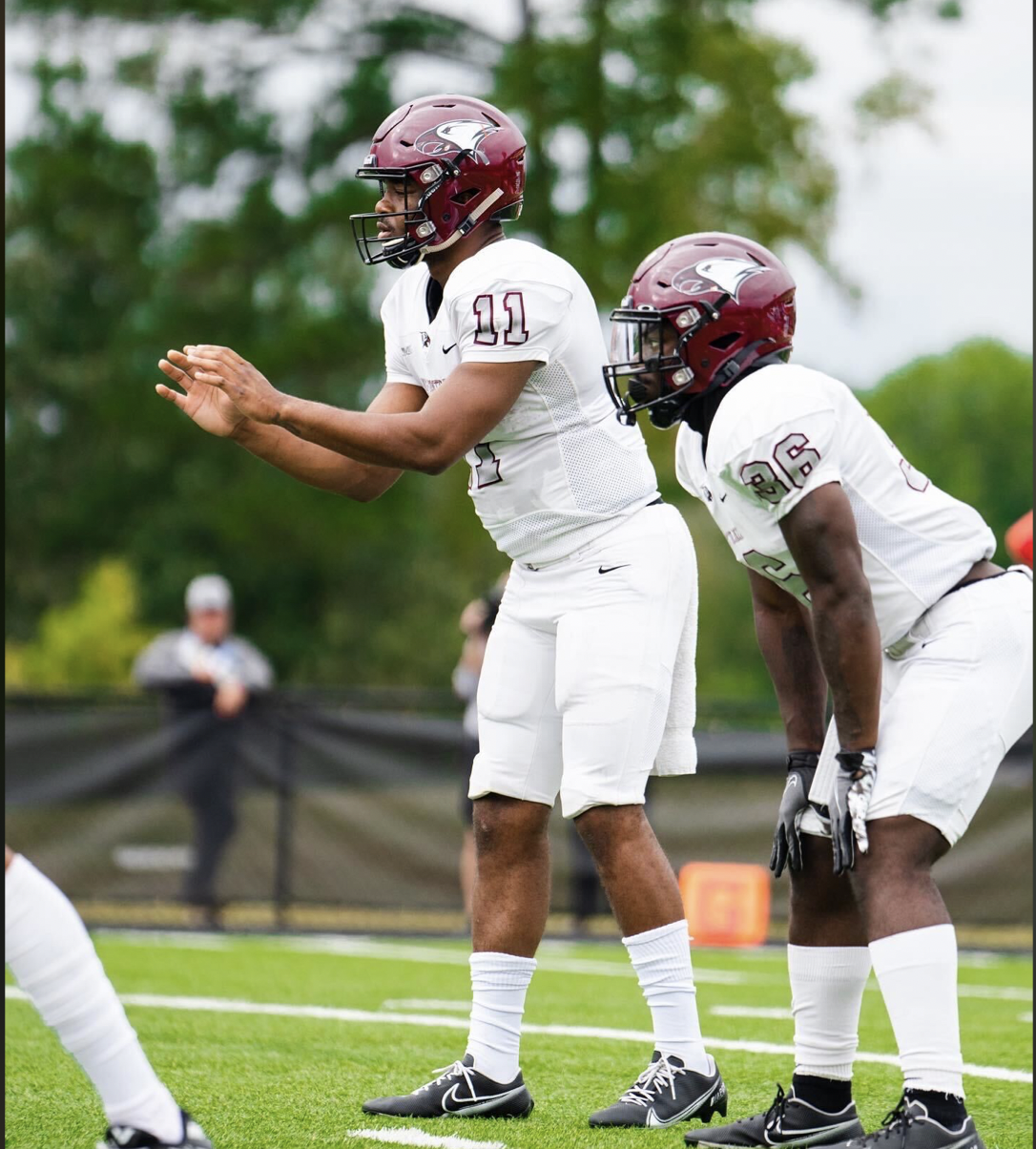 Power outages caused by the remnants of Hurricane Ian prevented the NC Central football team from eating dinner at their hotel on Friday.

On Saturday, the Campbell offense powered up on its home field and handed the Eagles their lunch.

“That was an old-fashioned butt-whipping,” NC Central Coach Trei Oliver said during the weekly Mid-Eastern Athletic Conference coaches call. “We couldn’t stop the run. We turned the ball over offensively and we lost the kicking game. And you know, it was very disheartening.”

The Eagles got off to an uncharacteristically slow start, Oliver notes. He says the team did a poor job of adjusting to what Campbell was doing, and it fell into a hole that the Eagles found too deep to dig out of. The Camels rani up a 24-0 lead in the second quarter before the Eagles could end the shutout on a Davius Richard touchdown pass, one of two scoring passes he had in addition to a touchdown run. NC Central missed all three two-point conversions it attempted, and Richard threw two interceptions.

“So, we got down early, and unfortunately, we got down a little too much early and struggled coming back,” Oliver says. “But I was pleased with the guys’ effort. I thought they continued too play hard throughout the second half and primarily the fourth quarter, but we’ll get it corrected this week.”

On offense, Oliver says his usually reliable receivers had some drops, extending the misery. While giving Campbell its due, the coach says his team’s performance helped the Camels succeed.

“Campbell is a very good football team. They’re an old football team, and they’re very big,” he says. “But we didn’t give ourselves a chance. And you know, once we watched the film, and the guys saw it, you know, we didn’t play well.

ON TO THE NEXT ONE

The path to improvement began with a team meeting on Sunday, one in which Oliver preferred not to rant and rave over a loss that amounted to a pothole on the road to the season they’re still striving for.

“And I told the guys I’m not going to come in here punching the walls, kicking over the podium and throwing coolers and chairs,” he says. “We saw the film and we talked about Eagles can’t beat Eagles, and we beat ourselves Saturday. We really did.”

With Campbell behind them, the Eagles have a bye week to refocus and refresh before opening MEAC play on Thursday, Oct, 13 at home against Morgan State. The team practiced on Sunday before getting the next several days off.

“We weren’t going to win a championship or get a ring by.beating Campbell, although we wanted that game,” Oliver says. “Yesterday, guys weren’t moping around. And, you know, we’ll get back to work. Bu we’re excited about conference play and we’re going to get better. We’re going to improve.”