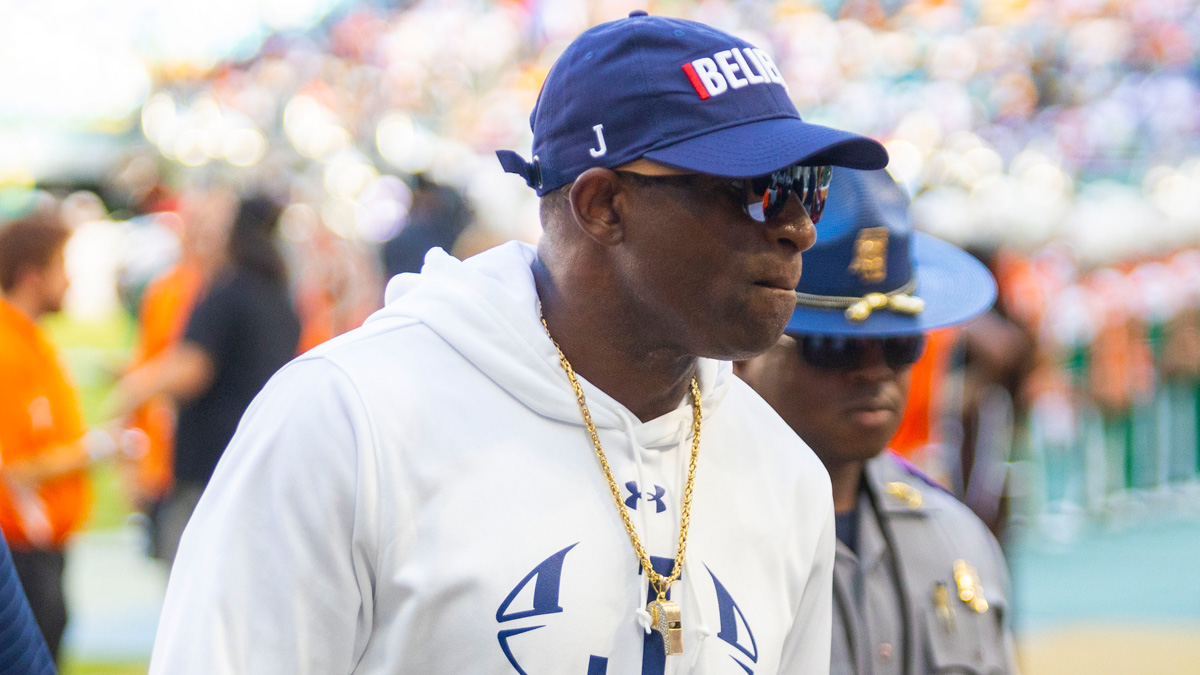 The college football head coaching rumor mill is in full spin, and no name is hotter than Deion Sanders.

The Jackson State head coach has reportedly been tossed around for Power Five jobs like Nebraska, Georgia Tech and Auburn to name a few. Sanders was asked how he felt about his name being connected with such high-level jobs Monday on the SWAC Media call.

“I think this may be the first time — historically — that a Black man has been mentioned in that aspect at the rate that we’ve been mentioned. Ever,” Sanders told the media. “I’m happy. I’m elated that colleges would feel as though I got it. I know what I’m doing. That’s a blessing man.”

Deion Sanders is currently in his second full season with JSU, with his team 4-0 heading into Saturday’s game with Alabama State. He’s the reigning Eddie Robinson Award winner (given to the best coach in FCS football) after leading his program to an 11-2 record during the fall 2021 campaign. Sanders made his debut in the shortened spring 2021 season, leading JSU to a 4-3 record. Overall his record stands at 19-5 overall. Jackson State is ranked in the top ten in multiple FCS polls, led by Shedeur Sanders at quarterback.