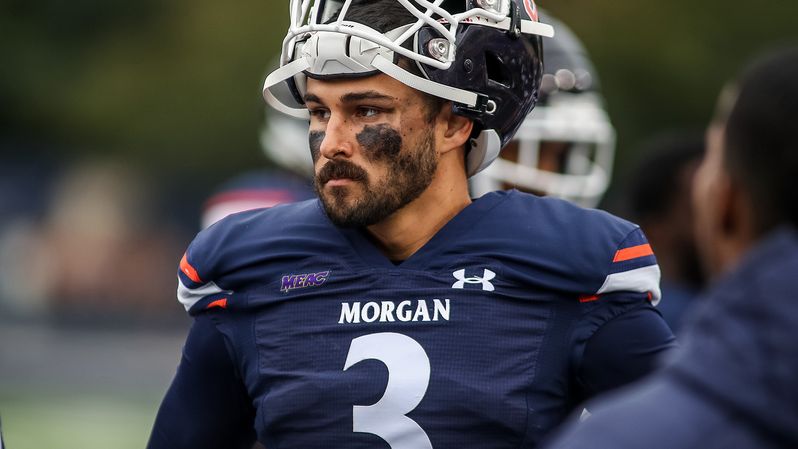 The Morgan State grad student has completed 38 of 78 passes for 466 yards with five touchdowns this season.

Baker (QB, 6-3, 205, Gr., San Diego, Calif.) was sharp in his fourth start for Morgan and threw three touchdown passes in the first half of the Bears’ 44-10 win over Virginia University of Lynchburg. He completed 10 of his 14 passes for 160 yards, averaging 16.0 yards per completion, completion, leading a Morgan State offense that posted 364 total yards – including 249 through the air.

Baker currently ranks No. 4 in the conference in passing (116.5 avg/g). The graduate student has completed 38 of 78 passes for 466 yards with five touchdowns, including two interceptions.

Morgan State (2-2) returns to action for a Homecoming matchup on Saturday, Oct. 8 when the Bears play host to the Norfolk State Spartans (0-5). Kick-off at Hughes Stadium is scheduled for 1 p.m. and will be broadcast WEAA, 88.9 FM and streamed live by ESPN+.