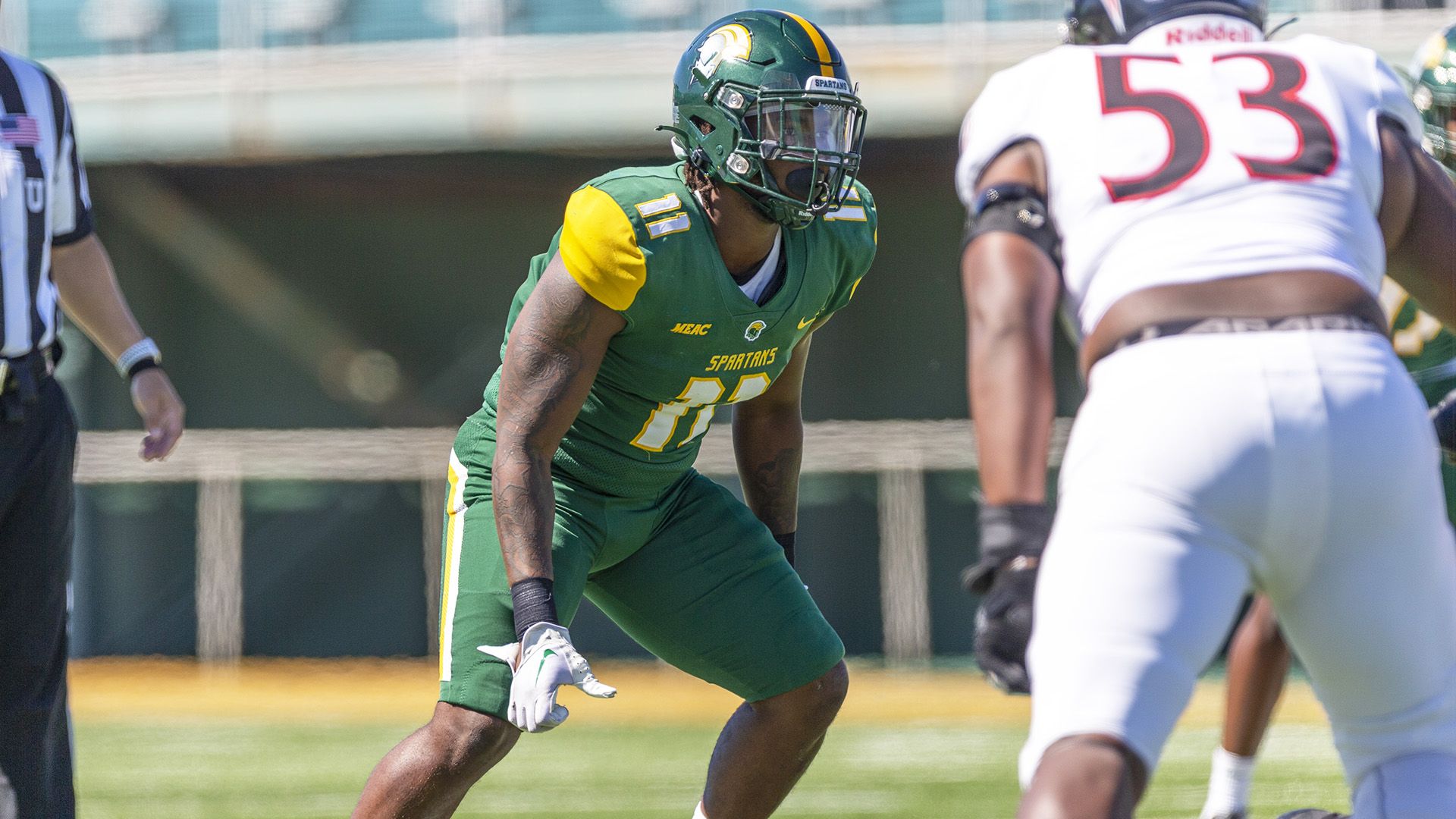 The first half of Saturday afternoon’s matchup between Sacred Heart and Norfolk State was a competitive back-and-forth affair.

The first half of Saturday afternoon’s matchup between Sacred Heart and Norfolk State was a competitive back-and-forth affair. Sacred Heart made a statement in the second half, however, pulling away for the 31-14 victory.

Malik Grant led the way for Sacred Heart, accumulating a team-high 132 rushing yards to set the tone. The Pioneers put an emphasis on valuing the ball, as they did not commit any turnovers all game. The extra care paid off, as the Pioneers offense was able to sustain drives and amass 360 total yards.

Norfolk State was unable to take the defensive pressure of Sacred Heart, as they were held to a scoreless final 30 minutes. Losing 70 yards to penalties certainly also played a role in their struggles. However, Jaylan Adams put up a good afternoon, going for 56 yards on the ground to lead the way for Norfolk.

Sacred Heart improves their record to 3-3 with the win. With a bye coming up on the schedule, they’ll have an extra week of preparation for their next game against Stonehill on Oct. 15. For Norfolk State, it was another weekend of disappointment. They have now lost five games in a row. They will look to rebound in their next game against Morgan State on Oct. 8.