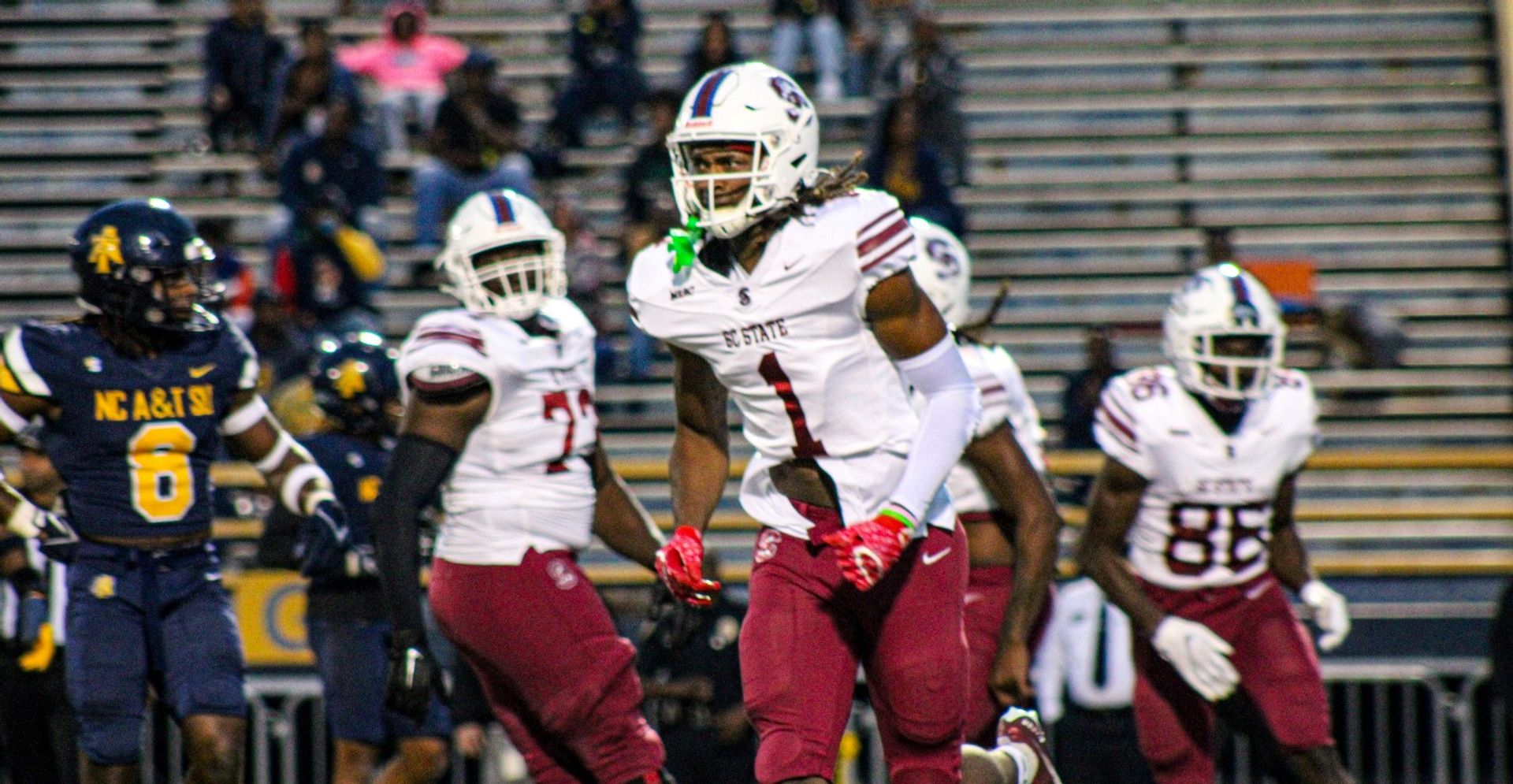 South Carolina State showed flashes against the SEC’s South Carolina, but ultimately couldn’t get out of its own way with turnovers.

South Carolina State had trouble getting out of their own way Thursday night it they fell on the road to South Carolina 50-10 and are now 1-3 on the year.

Penalties were the theme of the night as SC State went from within striking distance for a large part of the first half, to down big late. They finished with 12 penalties for 117 yards, one that negated a touchdown and one that took them out of the red zone.

It was an incredibly short week of preparation for the Bulldogs as the Saturday game got moved to Thursday and SC State head coach Buddy Pough said could’ve been a factor but overall the penalties were unacceptable.

“I think we probably need to fix those penalties regardless,” he said. “Regardless what the reason was, we had too many and I got to figure out how to fix that.”

The game started strong for SC State as Duane Nichols picked off a Spencer Rattler pass during USC’s first drive. The Bulldogs had solid field position after the interception, but couldn’t capitalize. Both teams struggled offensively out the gate and Pough said that made things difficult later on.

“We started slow and anytime you got situation where you’re getting turnovers early in the game that way, you’ve got to make something out of it,” he said. “We didn’t. So at that point, they put us behind the eight ball.”

The Bulldogs found some success using Tyrece Nick as a swiss army knife. He ripped off a 39-yard run in the first quarter. He’d then use his arm in the third quarter to find Shaquan Davis for a 32-yard gain and then for 24 yards in the fourth. Pough said they were able to catch the Gamecocks off guard.

“Tyrece was able to kind of create some indecisiveness on their part because of the fact that he had the option plan,” he said. “And that seemed to be a little bit different kind of routine for them. On top of that, they didn’t know it was coming. That gave us the change to give us a little bit of the element of surprise.”

He noted that in hindsight they probably should’ve used him at the start of the game.

“I wish we had found the Tyrece Nick plan a little bit earlier the game because he was in a pretty good little routine and you would probably made a big difference there in the game,” he said. “Same time, you know, we were trying to do what we have been doing the past and it didn’t quite work out for us.”