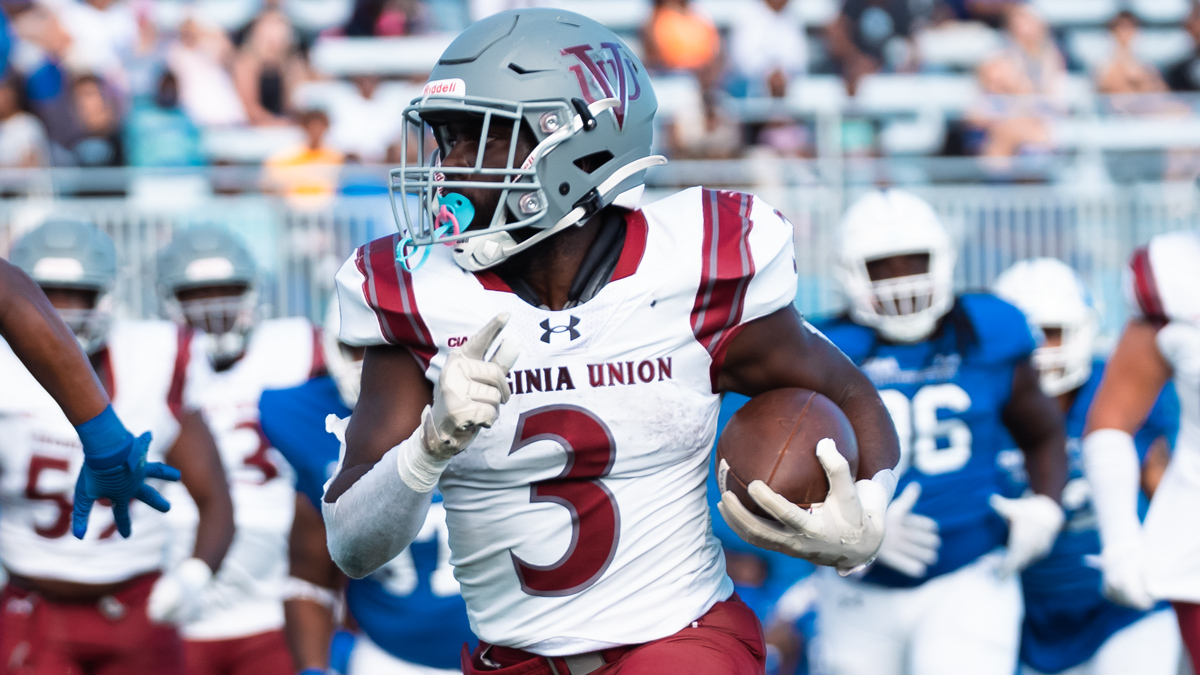 HBCU stats leaders through September are also high up on national lists.

The HBCU stats leaders thru the season’s first month are also making noise on the national level.

Virginia Union sophomore Jada Byers, the preseason CIAA offensive player of the year, is off to a great start.

His 11 total touchdowns are the best in Div. II and HBCU football. His 66 points tops the HBCU charts in scoring and is second in Div. II.

Markell Scott and others

Langston sophomore Markell Scott out of Pine Bluff, Arkansas is the leading rusher in NAIA football and is only behind Byers in the HBCU stats. Scott averages an HBCU-best 9.8 yards per carry that is second in the NAIA. His seven rushing touchdowns also top the NAIA. His Langston Lions are also 4-0.

Jackson State sophomore quarterback Shedeur Sanders is the runaway HBCU leader thru September in passing stats. He is also in the top five nationally in eight FCS offensive categories.

The son of JSU head coach Deion “Coach Prime” Sanders has throw for 1,394 yards thru four games. It is almost 500 yards more than the next passer on the HBCU list – Florida A&M’s Jeremy Moussa.

Texas College freshman Terrell Hookfin is the NAIA leader in receiving yards with 437 yards in three games (145.7 yards per game).

Florida A&M senior Xavier Smith (7.5 receptions per game) is tied for sixth and Jackson State’s Dallas Daniels (7.0 rpg.) is tenth in FCS receiving yards through the month. Smith and Daniels are 1-2 in the HBCU receiving stats.

Hampton senior Jadakis Bonds, Smith and Daniels each has four TD receptions, tied for first in the HBCU list and 11th in the FCS.

SC State sophomore Dyson Roberts is the top punter in the HBCU ranks at 46.3 yards per punt. That average is second in the FCS. Dyson is the punter who flipped the field repeatedly in last year’s Celebration Bowl win against SWAC champion Jackson State. He averaged 49.0 yards on eight punts with a long punt of 74 yards in that game.

A 97-yard kickoff return for a touchdown vs. Grambling has pushed Bethune-Cookman sophomore Darnell Deas to the top of the FCS and HBCU kickoff return list. See the return here.

NC Central junior Khalil Baker has an HBCU-best four interceptions in four games. It is also tied for the lead in the FCS.

Lane senior defensive lineman Andrew Farmer leads HBCUs and all of NCAA Div. II football in tackles for loss with 17.5 in just four games. Chowan linebacker Montre Moore is second in D2 in total tackles with 12.2 per game.