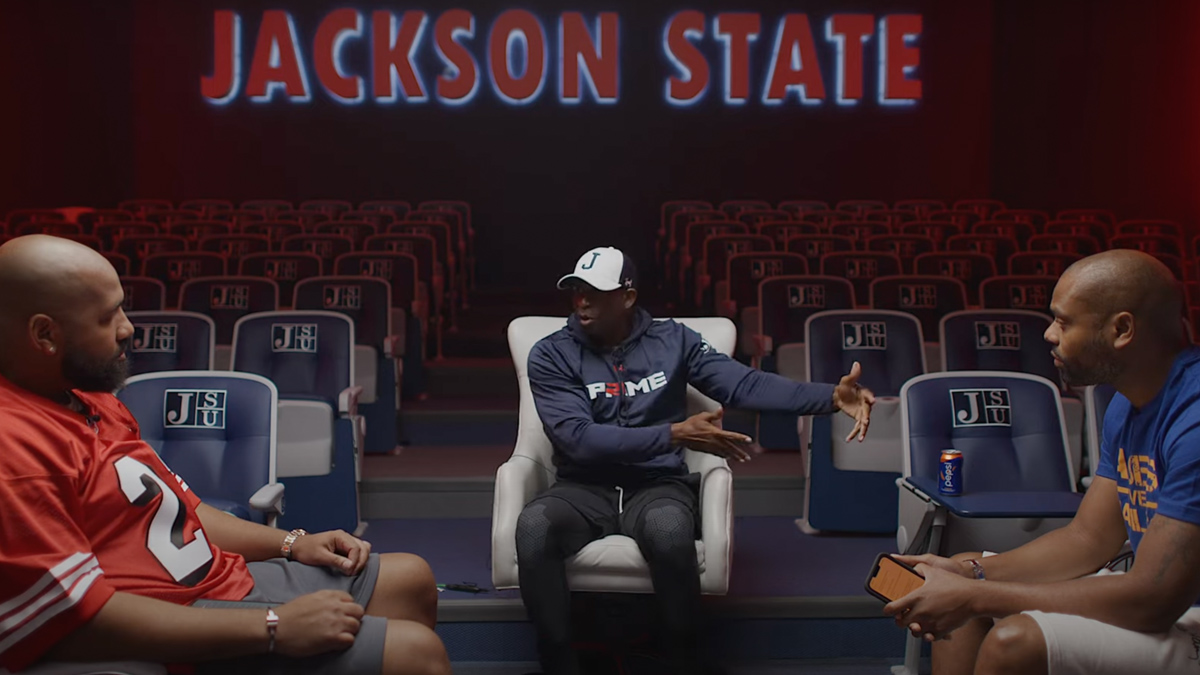 Deion Sanders says he’d like for Jackson State to jump to the next level ‘when we’re ready.”

Jackson State is currently on a bye week, but Deion Sanders is busy on the media circuit and he’s making headlines once again.

In a recent interview with “Earn Your Leisure,” Sanders was asked if he could see Jackson State moving up to the Power Five level.

“I would like to see that when we’re ready. You gotta be ready,” Deion Sanders told the podcast crew. “When you start jumping conferences, and I don’t want to just jump to no baby college. If I’m going to jump, let’s bungee jump. I wanna do the doggone thing.”

So what will it take to — in his own words — do the doggone thing? It would take more players like Travis Hunter, the five-star prospect JSU landed last December that had been earmarked to Florida State for almost two years.

“I gotta get the Travises. I gotta get Travises there too — up front, offensive and defensive line, with some depth. Because that’s how the big boys get you now. They can’t mess with you on the skill position, because we got a quarterback that can spin it, you got receivers that can go, DBs that can go, linebackers that bang and cover. Where they get you is the trenches…”

Sanders took over the program just two years ago, and he’s changed the face of not only Jackson State football but also the SWAC, HBCU and FCS football. One of the clauses in his contract stated he would get paid a bonus if Jackson State went to a new conference. Sanders said things are getting to where they need to be to make such a move, which is far from what he says he saw when he arrived in late 2020.

“We’re just now getting to the point that we can handle the blessings that he has for us,” Sanders said. “When I first got here, no we couldn’t. I’m not just saying that just because of me — but no we couldn’t because we were raggedy. There was no structure, no order. You go out there, kids thought they could go on the field with this on, and this on. No, no…”